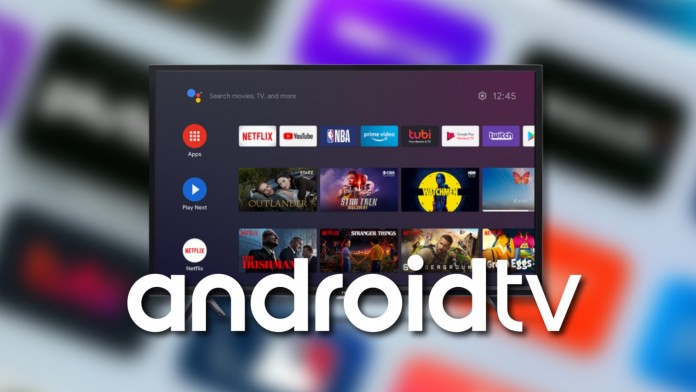 Your Android TV device acts as a gateway to media streaming, primarily. However, the only way to take full advantage of your device is to use a VPN service. Not every VPN will do the job, which means you need the best VPN for Android TV, optimized for streaming. As you can already guess, that’s exactly what we’ll help you find.

Before we jump in, here are a few quick notes. Android TV works on a wide range of devices, including media streaming devices, TV boxes, smart TVs, and more. Therefore, no matter what device you use, the following recommendations apply.

We will also recommend VPNs that come with an easy installation method. More precisely, all of the VPNs below are listed on Google’s Play Store. Downloading them won’t take more than a minute of your time.

And now, if you’re ready to dive in, join us as we explore the best VPNs for Android TV available today. Keep on reading to learn more!

Why Do I Need a VPN for Android TV?

Primarily, you need a VPN for Android TV if you want to access new streaming apps. However, other reasons exist as well, as described just below.

After plenty of research and years-long experience of testing VPNs, we present the 5 best VPNs for Android TV available today:

ExpressVPN comes as a bulletproof option, no matter the reason(s) why you want a VPN for your Android TV device. This is a highly capable all-in-one VPN service, which comes easy to use - yet it's packed with advanced features.

In terms of media streaming, know that ExpressVPN will unblock any app out there. Even after many years of using it, we’re yet to encounter a streaming service out of this VPN’s reach. On top of that, ExpressVPN comes with fast performance, making it ideal for bandwidth-intensive online activities, such as streaming.

Then, know that ExpressVPN brings apps for a wide range of platforms. Since it’s listed on the Play Store, you can use it on any Android TV device. You get 5 simultaneous connections, so you can protect all your Web-connected devices at once.

We'll also mention that ExpressVPN gives you 3,000+ servers in around 90 countries. All those servers are accessible with the Android TV app, making unblocking new apps a breeze. It's easy to see why this is the best Android TV VPN, right?

If you’re not yet convinced to subscribe, check our hands-on ExpressVPN review.

NordVPN has been available on the global market for many years now. During that time, it managed to develop its features and come up with a unique offer. With that said, know that we recommend NordVPN for those who value privacy above anything else.

That’s because NordVPN comes with a range of specialized servers. Those allow you to connect through multiple servers at once, access the Tor network, and even obfuscate your Web traffic in a highly advanced manner. And yes, those specialized servers are available on Android TV.

Let’s not forget to say that NordVPN works great for streaming. It doesn’t bring specialized servers for that, though. However, that’s because all of its standard servers are streaming-ready. We had plenty of luck unblocking Netflix, Disney Plus, HBO Max, iPlayer, and a whole slate of niche streaming apps.

Due to its heavy encryption, know that NordVPN isn't the fastest option. However, it allows you to dive into fine-tuning your connection. You can achieve optimal performance by trying different servers (there are 5,000+ available) and switching between different protocols.

We’ve highlighted only the most important features here. So, if you want to learn more, head over to our NordVPN review.

Like all our other recommendations, CyberGhost is yet another reputable VPN. It comes with a reputation for being user-friendly, without oversimplifying its set of features. On the contrary, this VPN offers a range of unique features.

Android TV users will be happy to know that CyberGhost is the only VPN on our list to bring specialized servers for streaming. You can pick a streaming app you want to unblock, and the VPN will do all the heavy lifting. The VPN works with a range of hugely popular and niche streaming services.

If you’d like to dive into more advanced tools, know that CyberGhost comes with a kill switch and split tunneling. That’s how you can set up two data tunnels, where one of those can be reserved for your streaming apps (unblocking them without interacting with CyberGhost).

The only downside is that CyberGhost isn’t the fastest pick. Still, if you have a fast-enough Web connection (50+ Mbps), any throttling introduced by this VPN won’t affect your overall streaming experience.

If you’d like to see all of the features mentioned above in action, turn to our CyberGhost VPN review.

If you want your VPN to do everything for you, Surfshark should be your pick. This is a very polished VPN service that’s suitable even for first-time VPN users. However, behind its pleasant façade, you’ll find tons of high-end features.

The list of Surfshark’s interesting features begins with its limit on simultaneous connection. More precisely, there isn’t one. You’re free to install this VPN on your Android TV and any other Web-connected devices you have at home.

Then, Surfshark brings more than 3,000 servers. However, they’re spread across 65 countries, which means you won’t get the biggest network out there. Still, it should be big enough for most users. And more importantly, all those servers work great for streaming.

Let's also mention that Surfshark keeps no logs, helps you disable ads and trackers, as well as choose between robust VPN protocols such as OpenVPN and WireGuard. All in all, this VPN brings plenty of value, which is why we've decided to recommend it.

Want to know more about why this is one of the best VPNs for Android TV? In that case, we’ll leave you to our Surfshark review.

The final entry on our list of the best VPNs for Android TV is Private Internet Access. This highly capable and complex VPN service is best suited for more advanced users. If you're not afraid to tinker with your VPN connection, you'll like what you'll find here.

A unique thing about PIA is its server network. It reportedly has more than 35,000 servers spread across the entire world. Each of those servers supports multiple VPN protocols and different levels of encryption. That means you’re free to fine-tune your VPN connection, helping you reach very fast speeds.

Needless to say, this VPN doesn’t log your data. And since it helps you eliminate trackers and ads, it helps you prevent anyone from knowing what you do online. That’s why we recommend this VPN to those looking for high-end privacy on their Android TV device.

PIA's only weak side is media streaming. The VPN service supports the most popular streaming apps like Netflix and Disney Plus, for example. However, when it comes to niche streaming apps, you might have difficulty unblocking those.

To see what else you can expect, read our Private Internet Access review.

Can Android TV Connect to a VPN?

Yes, Android TV can connect to any VPN since it supports VPN software natively. That means you can install any VPN you want and use it without limitations.

How Do I Activate a VPN on Android TV?

You’re also free to use a VPN that doesn’t come from the Play Store. In that case, you will need its APK file (installation file), which can be downloaded from the Web. Once you transfer the APK file, you can open it on Android TV and install the VPN app manually.

How Do I Install ExpressVPN on Android TV?

Since ExpressVPN is available on the Play Store, you can download it from there. Then, launch the application and go through the initial setup procedure.

Many of you will want more detailed steps, we’re sure. With that said, here’s our guide on how to download, install, and use ExpressVPN on Android TV.

Is It Legal to Use a VPN on Android TV?

Yes, it’s legal to use a VPN on your Android TV. You have every right to pick any commercially available VPN, sign up, and use it on your device.

Still, know that VPNs are illegal in a small group of countries. Use the provided link to learn more, and make sure to respect your country’s laws.

Will a VPN Slow Down My Streaming on Android TV?

In general, any VPN will slow you down a bit. Since your data will have to travel more, that will introduce some slowdown to your Web connection.

Of course, that slowdown doesn’t have to be as noticeable. If you experience slow speeds when using an Android TV VPN, here’s how to speed it up.

Can I Use a Free VPN on Android TV?

Technically, you can use a free Android TV VPN. However, we must warn you against using free VPNs as they come with all kinds of limitations.

Android TV is all about streaming. With that said, know that free VPNs come with severely limited bandwidth and performance. There’s no free VPN that can help you stream a movie, even in the lowest possible video resolution. So, they’re practically useless.

If you’re on a very tight budget, know that you still have options. For more info, turn to our guide on the best cheap VPNs.

The best Android TV VPN right now is ExpressVPN. That’s the only VPN that’ll meet all your needs, helping you unblock any media streaming app out there.

That would be all on the best VPNs for Android TV. If you have any questions for us, share them via the comments section below. Thank you for reading!