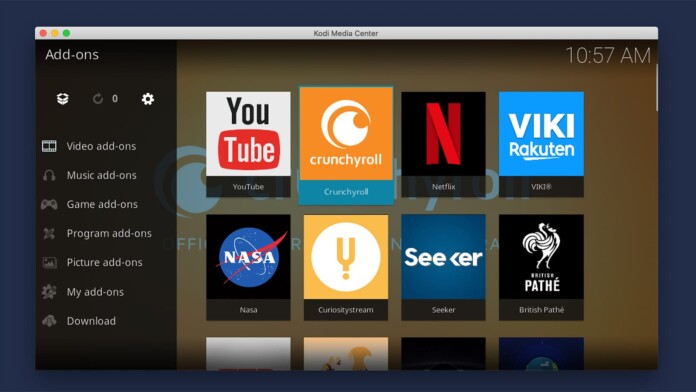 The anime culture spreads all over the globe, and that reflects in our online world as well. The same applies to Kodi, which can be your go-to source for anime movies and TV shows. That is why, in this article, we'll be taking a deep look at the best anime Kodi addons.

As you're about to see, we've found both premium and free-of-charge options. However, when it comes to streaming anime movies and TV shows via Kodi, we recommend getting a premium subscription, especially if you want the latest anime episodes. Paying a couple of dollars per month will certainly go a long way.

Needless to say, all of the following options were tested by our team. That means you'll find nothing but fully-working anime Kodi addons in this article. So, let's get started.

You Should Never Use Anime Kodi Addons Without a VPN - And Here's Why!

Kodi's addons typically act as standalone streaming services. As such, they're forced to check your IP address. So, based on your location, your access might to partially or entirely blocked.

If you want to access any anime TV show or movie found across Kodi's addons, you must use a VPN. That's how you'll change your IP address, bypass geo-blocks, and unlock Kodi's full potential. However, that's not where the numerous benefits of VPNs end.

Kodi users will also appreciate VPNs' capability to hide their Web data. That means that your ISP won't see what you're doing, so no throttling will happen. Just imagine streaming any anime using the full speed of your connection. That's what you'll get with a VPN!

For additional information, turn to our guide on the best VPNs for Kodi. Of course, make sure to learn how to use a Kodi VPN to unblock new anime content.

We recommend ExpressVPN to true anime fans - and that's the only VPN that unblocks any anime streaming service and Kodi addon out there. If you decide to get your ExpressVPN subscription straight away, you'll save up to 49%, and you'll get 3 EXTRA MONTHS FOR FREE!

After plenty of research, testing, and anime streaming, we believe that these are the 4 best Kodi anime addons right now:

Since Funimation NOW is available in select countries only, you need a VPN to unblock this streaming service from elsewhere. Here's how to watch Funimation NOW from any country.

Funimation NOW is one of the best-looking anime Kodi addons. It comes with a custom UI design and features beautiful transitions and animations. However, we are sure you'll use this addon due to its high-quality content primarily.

If you opt for a free account, you'll occasionally see video ads (which can be annoying at times). However, if you decide to upgrade, you'll need to pay $5.99/month or $7.99/month, based on which where you pick Funimation's Premium or Premium Plus plan.

All streams come in HD and work without any issues. Besides, videos are dubbed in English. It's easy to see why this addon is at the top of our list of the best Kodi addons for anime, right?

Crunchyroll is available across the world. However, you can learn how to unblock the US version of Crunchyroll if you want to access just about any anime title out there.

In many ways, Crunchyroll is similar to Funimation NOW. It has an incredibly extensive library of content divided into movies and TV shows. The addon is nicely designed and allows different ways of filtering the content.

However, be prepared to encounter some streaming issues occasionally. Sadly, it seems like the Kodi addon isn't at the top of priorities for this company since the addon is rarely updated. Still, don't expect any deal-breaking issues.

You can try Crunchyroll free of charge. However, it does come with a subscription priced at $9.99 per month (or $79.99 per year). Finally, you need to know that this addon only works with Premium accounts. In other words, you won't be able to sign in if you have a free account.

Some of you might be surprised to see Netflix recommended in this article. That's because not many know that Netflix is investing heavily in producing original anime titles.

At the moment, some of the most popular picks are Devilman Crybaby, Aggretsuko, SWORDGAI, and more. There are also many exclusives (not produced by Netflix but offered only via this distribution channel) like Children of the Whales and Little Witch Academia.

The Netflix Kodi addon allows you to log in using your existing credentials. You'll get to browse its entire library, and the addon even supports multiple users. In addition to this, you'll get to stream its content up to HD.

We'll end our list of the best anime Kodi addons in 2022 with YouTube. We're sure that this platform needs no introduction - as you already know what to expect. Aside from its original content, YouTube can be an excellent source for older anime movies and TV shows.

The YouTube Kodi addon is also a highly powerful option. You get to use your Google account to log in, manage your favorites, search the platform, and plenty more. The addon has been receiving regular updates during the last couple of months and now works without any performance-related problems.

How to Find and Install Anime Addons on Kodi?

We'd like to teach you how to install anime Kodi addons, which is a process that takes only a few seconds on your time. With that said, you'll want to do the following.

If you need more detailed instructions (along with helpful screenshots), you'll want to check our guide to installing addons from Kodi's official repository.

Keep in mind that anime Kodi addons such as Crunchyroll and Netflix come from GitHub (they aren't found in Kodi's own repository). To learn how to install those, we offer you our guide to installing addons from GitHub.

Installing anime Kodi addons is mostly an effortless process. However, error messages such as "Check the log for more information," "Something went wrong," or "Failed to install a dependency" might still pop up. So, here's what to do in those cases.

If you need additional solutions, turn to our central guide on fixing issues with Kodi. That's where you'll find a large group of possible solutions to a range of both technical and performance issues.

Which Anime Addons for Kodi No Longer Work or Have Shut Down?

One of the reasons why we don't recommend "unofficial" Kodi addons is due to their hectic lifecycle. With that said, here are some of the most popular anime Kodi addons that are no longer available to use.

Which Illegal Anime Kodi Addons You Must Avoid?

We highly recommend avoiding WatchNixtoons 2, GoGo Anime, Hummingbird, Kaito, WSBeta, and Ani-Mate - as all of those bring illegal content to Kodi.

Most anime-focused addons that come from outside Kodi's official repository are illegal to use. They act as gateways to piracy and copyright infringement, which means that using them carries a certain risk. In most countries, piracy is against the law. If your ISP catches you using those, you might be forced to pay a hefty fine.

With that said, you already know what we'll recommend. And yes, we'll recommend you to focus on legal addons only, found in Kodi's repository. So, as long as you use any of the previously recommended addons, you'll be safe.

Don't waste time trying to install broken addons. Instead, turn to TechNadu's overview of the best Kodi addons (with over sixty recommendations). You'll also want to check out the best repositories for Kodi, as well as the best Kodi skins (for both Kodi v18 and v19).

So, those would be the best Kodi addons for anime in 2022. We made sure to pick only the best options available right now, giving you a combination of free and premium sources. With this said, we're sure you'll find an option that works for you. Finally - thanks for reading!