Do I Need a VPN for Gaming? Should I Use One? 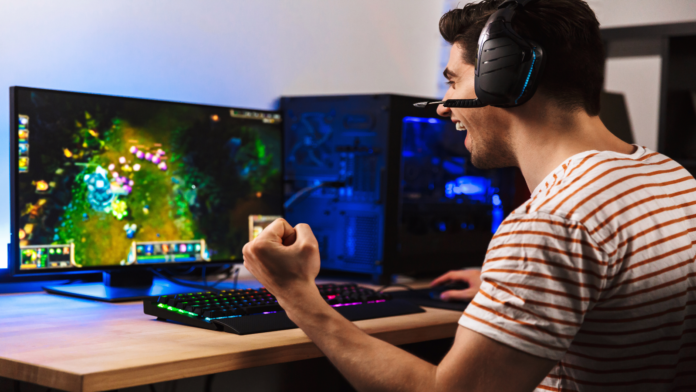 Yes, you need a VPN for gaming. No matter whether you’re playing a battle royale or racing game, using VPN is a must to experience fast gameplay. A VPN lowers your ping and safeguards your personal details while gaming, so you never get lags or freezes. Alongside, you stay protected from swatting and DDoS attacks whether you’re playing Apex Legends or just Candy Crush. There are more reasons why you should opt for gaming over a VPN.

Here we’ve prepared a list to help you better understand whether or not you need a VPN for gaming.

Top 5 Reasons Why You Need a VPN for Gaming

If you want impenetrable security, complete privacy, and anonymity while gaming online, use a VPN and enjoy any type of game you play. All pro gamers out there would love to have the below-mentioned VPN benefits. Take a look.

1. Play Safe on Any Public Wi-Fi

You might know that VPN encrypts your online traffic and makes it flow through a safe passage. This way, your personal details stay hidden from any third party on the same network. There are instances of hotels and cafés logging the complete web activity taking place on their premises. Also, sometimes hackers try to port scan every laptop connected to public Wi-Fi.

In such cases, using VPN is a must to keep playing safe on a public network. A VPN first sends your traffic to its own server before it reaches the public network. The same process gets repeated when you receive the incoming response. So, if you want uninterrupted gaming sessions on the go, you should use the best VPN for gaming.

ISP throttling has been an issue with longer gaming sessions. Your school, office, or internet provider always tends to lower the bandwidth upon detecting your traffic data. A VPN can help you bypass any kind of network throttling by hiding your IP and masking your geo-location. Yes, all premium VPN services encrypt your traffic data to maintain complete anonymity on any network.

Alongside, such VPNs have advanced servers that offer unlimited usage for every connected user, and these servers don’t log your web activity or browsing history, so your ISP will never have knowledge about it. Hence, if you’re quite frustrated with your ISP, use a VPN to bypass network throttling on a laptop, smartphone, and gaming consoles (PlayStation, Xbox, etc.).

Do you stream your gameplay online? If so, there must be many gamers who envy you. You can be a victim of swatting on any day - but not while using a VPN. As you already know, VPNs mask your real IP and encrypt your online traffic, so it becomes impossible for hackers to identify you or stalk you in real life. However, when such extreme cases of swatting are pretty rare, DDoS attacks are quite common these days.

A VPN safeguards you from DDoS attacks also to ensure you never face any interruption while gaming. The VPN servers are designed to survive a high flux of requests during a DDoS attack. Although the role of VPN servers comes later, as DDos actors can’t find your IP in the first place to flood your system with unnecessary data when protected with a VPN.

Who doesn’t want low ping time while gaming? From network congestion to overcrowded servers, anything can make your online traffic wait in the queue and generate lags and freezes while gaming. A VPN can help you reduce ping since it routes your traffic through a separate and secure tunnel so that you face zero delays while connecting to the game servers.

That’s how you get a low ping and fast-paced gaming experience irrespective of what network you’re connected to. Moreover, VPNs like ExpressVPN, NordVPN offer thousands of servers in multiple countries. So, you can choose the nearest VPN server of a game server to lower ping in games no matter where you’re currently located.

5. Unblock Banned Games & Get New Skins/Camos from Another Region

If you often wish to have the new releases from another region to enrich your arsenal, using a VPN is the key to getting that. Whether you want new camo for your weapons or skins for your gaming character, a VPN will help you grab that by connecting to the game servers of the same region where such special editions were released.

Not only that, if you want to access a banned game from your country, a VPN will also enable you to do that. Games like PUBG, Rules of Survival, Knives Out are banned in different countries. However, you can access them from any region by connecting to a VPN server where these games are available. That’s how VPNs help you bypass geo-restrictions and enjoy unlimited matches.

Is VPN Necessary for Gaming? Should You Use One?

Well, the necessity of a VPN for gaming depends on your requirements. If you want to access blocked games and get low ping, unlimited bandwidth, and fast gameplay while keeping your personal details protected, a VPN will be mandatory to use.

However, at times VPNs slow down your connection due to the longer path your traffic takes when you connect to the furthest game server, but that shouldn’t stop you from securing your online traffic as there are different methods to speed up a slow VPN. Furthermore, if you’re playing on gaming consoles, you need to set up a VPN on your router (D-Link, ASUS, Netgear) to get all the benefits.

We’ve shared all the information you need to decide whether you should use a VPN for gaming or not. Thanks for reading! If you have further queries, do let us know through the comment button below.