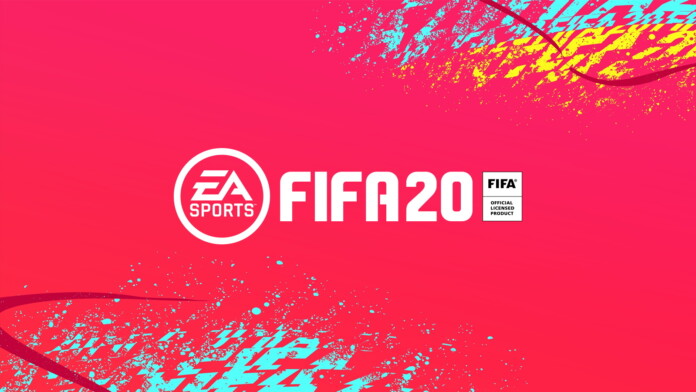 You are most probably reading this article because you're facing connectivity issues while trying to play FIFA 20. Or maybe you want to unlock new features of this game, available in select regions only. No matter the reason, all of this can be fixed by using a VPN application. More precisely, you need a capable and powerful VPN with plenty of servers, and most importantly - you need one with fast performance. That's precisely what we'll talk about in this article, so let's see what's the best FIFA VPN.

As you already know, FIFA 20 is here - and it's available on a wide range of devices. You can play it on your PC, PlayStation, Xbox, and even on Nintendo Switch consoles. And no matter on which platform you play it, we're sure you're addicted to its online features like FIFA Ultimate Team, Pro Clubs, or Weekend League. For these features to run smoothly, you need a stable connection and in the best-case scenario, you need to be relatively near EA's servers (on a global scale). This isn't a possibility for many of us, which is where VPNs come into play.

By using a VPN, you can connect to a different regional server to improve your game's performance. This is how a VPN can help to reduce lag, by rerouting your Web traffic through its private server. And on top of that, VPNs help secure your Web connection, which can be the most effective way to battle DDoS attacks, which is something that many FIFA players experienced in the past. With all of this said, we've compiled a list of the best VPN for FIFA 20, so you can experience the way its developers have intended.

The first option on our list of the best VPN for FIFA is ExpressVPN. It wasn’t by chance that we placed this VPN provider first. We are more than sure that it’ll meet your every need, and beyond that, as ExpressVPN is one of the most feature-rich VPN services in 2020.

ExpressVPN is a highly advanced VPN. However, this doesn’t mean that it’s complicated to install and use. In fact, ExpressVPN brings a nicely designed UI that will help you navigate your way through the best available server with ease. Another important fact is that ExpressVPN is compatible with a whole range of platforms and devices. Being a gamer, you need to pay attention to this. Since it’s based on the OpenVPN protocol, you can even install ExpressVPN on your router. This is a good idea for those of you playing FIFA 20 on a console, as these are typically known for their incompatibility with VPN services.

To learn more about why this is the best VPN for FIFA, read our ExpressVPN review.

Here comes the CyberGhost VPN, right next to ExpressVPN. Coming from Romania, this is a relatively new VPN provider with lots of amazing features on offer. However, don't think of its young age as a sign of weakness. This is one of the most popular VPNs right now, being used by millions around the world, which tells a lot.

Even though some VPNs do not allow P2P traffic, CyberGhost VPN seems to perfectly understand the needs of its users. That is why you’ll get to pick from several encryption protocols and use dedicated servers for streaming, gaming, and P2P traffic. And even though it looks simple, don’t be fooled by its looks. A lot of power hides underneath, with many that seem like perfect allies to hardcore gamers. And finally, you can be sure that CyberGhost won’t collect any identifiable information, helping you become invisible on the Web.

Not yet convinced that this is one of the best VPN for FIFA? Make sure to take a look at our CyberGhost VPN review for more info.

Based in Panama, NordVPN takes your online safety very seriously. Bringing thousands of servers located in more than 60 countries, you know that you’ll keep all your gaming options open.

What’s interesting to note about NordVPN is that it’s considered to be one of the most advanced VPNs. That’s because it employs double encryption. This means that your Web traffic will be rerouted through two secure servers, leaving no traces of your whereabouts. In terms of gaming, this might produce some throttling which is why you need to have a fast connection, to begin with. On the other hand, you can use NordVPN on up to six devices at the same time, which is a very nice offer.

To learn more about how double-routing works and what you can realistically expect, here’s our NordVPN review.

Even though it doesn't have the highest number of servers or locations, IVPN brings plenty for its price. You'll get to unblock media streaming content and you're allowed to download P2P files. Then, IVPN offers granular control over its encryption and security-related features. This means that gamers will be able to truly fine-tune their experience.

Plenty could be said about this VPN, so we think it's best to leave you to our IVPN review.

When getting a VPN subscription, you need to take a look at other features besides those related to gaming. So, if you care about your online privacy and anonymity, we’re sure you’ll be tempted by what VyprVPN offers.

VyprVPN is best known for its proprietary cloaking technology called Chameleon, which has the power to break any Web roadblock. This means accessing censored websites and Web services. In fact, this can be very helpful for visiting other regions of your favorite store of video games. Aside from this, you will get to use over 700 servers scattered across 70 countries. And finally, VyprVPN is one of the highest-ranked VPNs when it comes to speed.

Since we’ve only scratched a surface here, we’ll let you go to our VyprVPN review to find out more about this VPN service.

Have any additional questions on your mind? Not sure how to use a VPN to unblock FIFA? Don't worry, we've answered some commonly asked questions, found below. So, keep on reading.

Big-name AAA games usually go through a gradual rollout, with certain countries getting access to select titles first (such as New Zealand and Australia, for example). In some cases, you could wait up to 24 hours for a game you've been waiting for to be available in your region - which can be solved by using a VPN application.

Let's say that the game you've pre-ordered becomes available in Australia first. All you need to do is connect to a server in this country (once the game becomes available), and this will also trick websites into thinking you're at a different physical location. This is how you'll get to download the game and play it before anyone else in your country or region.

Does a VPN Increase Latency When Playing FIFA?

In general, VPNs do impose some throttling - considering that your data has to travel more, by being rerouted through an additional server. However, there are VPNs that not only come with throttle-free performance but can decrease latency and ping as well.

If your goal is to avoid laggy servers (which is often the problem with FIFA games), you can go for any of the best VPN for FIFA mentioned in this article. By using their servers, you can improve your game's performance and decrease latency in the process.

How to Use a VPN on a Windows PC?

In case you're playing FIFA on your Windows PC, you'll need to install a native VPN client on your computer. This will allow you to run the VPN in the background, by being connected to a secure server. So, here's how to install a VPN on Windows.

Once you install the VPN, open the application, connect to a server - and your VPN will do the rest. From this moment on, you're free to start playing FIFA 20. It is as simple as that.

How to Use a VPN on PlayStation/Xbox?

In general, VPNs don't have native clients for PlayStation and Xbox consoles. For this purpose, we recommend installing a VPN on your router. This is actually the best way to use a VPN, as you can protect your entire household at once.

In case you don't have a compatible router, here's our overview of the best VPN routers in 2020. And of course, make sure to know how to choose a VPN router first.

Finally, if you don't want to invest in a router, there's a way to use a gaming console with a VPN service - without having a compatible router. This process involves using a computer, so make sure to click on the provided link in this paragraph to learn more.

Yes, there are free VPNs promising to enhance your FIFA gameplay. However, we'll be honest with you here - none of those will get you what you want. Free VPNs come with severely limited features and they can't be used for online gaming.

Don't stray away from proven solutions. If you're still in doubt, we highly recommend getting ExpressVPN. Trust us, you won't regret this decision.

So, that would be all when it comes to the best VPN for FIFA in 2020. Finally, why not share this article online and help other games see the benefits of VPNs? Also, don't forget to follow TechNadu on Facebook and Twitter. Thanks!