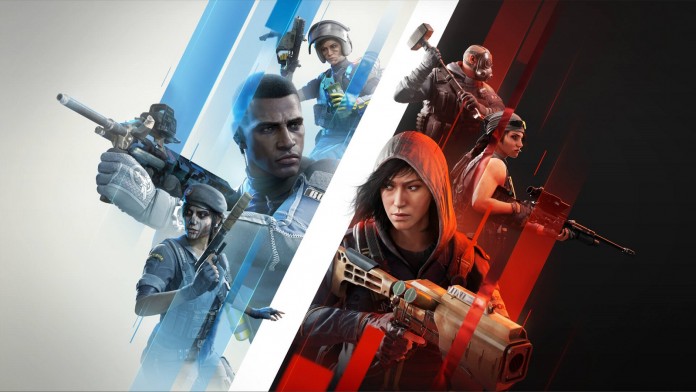 Rainbow Six Siege (R6) is a popular 1st-person shooting game from Tom Clancy’s Rainbow Six franchise. Everything from its impressive graphics to regularly updated content adds up to a breathtaking multiplayer chase you can enjoy on your PC or game console. The game offers servers in data centers across six continents, but you can still experience issues during your gameplay. So, it’s time you find the best VPN for Rainbow Six Siege.

Keep in mind the risk of cyberattacks increases with the popularity of a game, and Rainbow Six Siege is no different. On top of that, there are secondary issues like packet loss, high ping, and poor connections. Not to mention the case of regional restrictions on Rainbow Six Siege. All of this makes it vital for gamers to pick a VPN suitable for Rainbow Six Siege to protect themselves and improve their connection to the game's servers.

These issues are well talked about in the multiplayer online community. As of now, the consensus on overcoming the regional restrictions and other issues tilts towards using a reliable VPN. That's because a VPN helps by changing your virtual location and rerouting your network traffic through a server located in a different location. It’s one of the many things it does.

However, not all VPNs are designed for gaming. That is why we are here to help you find the best Rainbow Six Siege VPN services that can improve your experience alongside securing your gameplay.

How to Play Rainbow Six Siege with a VPN?

Setting up a Rainbow Six Siege VPN is incredibly easy. Here’s what exactly you need to do:

Since Rainbow Six Siege is available on Windows, PlayStation, and Xbox, you'll want more info on how to get a work VPN working on those platforms. So, here's how to set up a VPN on Windows, your PlayStation console, as well as your Xbox console.

If you want the best VPN for Rainbow Six Siege, pick a service with speedy servers, low ping times, and strong protocols (OpenVPN and WireGuard). Apart from that, select an option that has native clients for all major gaming devices alongside multiple simultaneous connections. Then, add to it an effective kill switch and split tunneling, and you have a winning combination.

ExpressVPN is at the top and better than any other service when it comes to gaming. Offering max-out speeds with its wide server range in about 90 countries, this Rainbow Six Siege VPN service is a dream come true for gamers. And its ability to avoid all types of network throttling and lags only makes it a more viable option for uninterrupted gaming.

Along with the native clients for all major platforms, ExpressVPN offers a dedicated router app. This means you can install the service on all your gaming devices, including consoles. Also, on devices like Xbox and PlayStation, ExpressVPN doesn't directly offer advanced encryption but you could always use its "Smart DNS" feature to reroute your data.

Simply put, ExpressVPN has all the features you would want for Rainbow Six Siege - be it a reliable kill switch, strong protocols, or a strict no-logs policy. We are glad to see how the service maintains a highly polished interface while providing us with a consistent experience across all the major platforms.

The other thing that truly impressed us was its split tunneling feature, which allows users to protect specific applications and games - while leaving other activities like streaming unaffected by the VPN. Also, during our testing, we found ExpressVPN’s 24x7 customer support to be highly responsive, with agents willing to resolve any issues or questions without a hitch.

Get ExpressVPN for Rainbow Six Siege

NordVPN is no stranger to us - and is arguably one of the most popular services on the market. Thankfully, its reputation is not an overstatement - this Panama-based provider is genuinely a great gaming VPN with a network of over 5,500 servers across around 60 countries. It may not be as wide as ExpressVPN's but it can guarantee great connections for major locations.

We found NordVPN’s clients to be very stable with polished UI and UX design. We liked the fact that we didn’t have to go back and forth to check on our active connection. That means you won't have a problem using this VPN even if you never used one before.

Like ExpressVPN, you can set up NordVPN on a router, which means you can play pretty much any game you want from wherever you are. However, NordVPN doesn’t have a dedicated router app available for download. For that reason, the setup could be a little tricky for first-time users, but nothing that pro users can’t handle.

Given its reputation for fast speeds and strong unblocking features, it's not a surprise that CyberGhost VPN gets you an uninterrupted gaming experience. But that's not the only reason this one is among the best VPN for Rainbow Six Siege; it also has extremely useful features like Smart Rules, gaming-ready servers, and a kill switch.

It’s clear CyberGhostVPN's engineers have gone the extra mile to ensure the safety and privacy of their users. Considering the recent overhaul, it’s pretty apparent that the service has upped its streaming game with plenty of new bug fixes and added features.

It also has a far-reaching server network, with 8,500+ units in 90+ countries. If you play Rainbow Six Siege on Windows, you can even use gaming-ready servers optimized for minimal ping and latency. However, even CyberGhost's regular service should serve you more than well.

Still, know that CyberGhost isn't the fastest option available. So, we recommend it to those who already have a relatively fast Web connection. You can always go for its "NoSpy" servers if you need faster speeds, but access to those servers costs extra.

We would also like to point out that CyberGhost’s support site isn’t quite comparable to other top services. But on the whole, it is a fast and powerful gaming VPN, especially when you consider its affordable subscription plans.

At TechNadu, we realize the many risks tied to online gaming, and we want to ensure the safety of our readers. That said, ExpressVPN is our #1 recommendation for Rainbow Six Siege - as it ticks all the right boxes when it comes to online gaming.

It has tons of servers, offers fast connections to ensure uninterrupted gaming, and features a reliable kill switch across all its platforms. On top of that, it is extremely easy to use.

However, if you'd like to continue your search for the best Rainbow Six Siege VPN and explore more options, check out our central guide on gaming VPN. To expand your search even more, here are the best VPN services overall.

Is It Legal to Use a VPN with Rainbow Six Siege?

Yes, it is legal to use a VPN with Rainbow Six Siege.

Though Ubisoft strongly recommends players avoid VPNs, in our experience, there are only upsides to using a good VPN service. Also, even if a game has a policy against it, you can use a VPN with obfuscated servers as a workaround against being detected.

Can a VPN Unlock All Operators in Rainbow Six Siege?

Which VPN Location Is Best for Rainbow Six Siege?

ExpressVPN is the best VPN for Rainbow Six Siege on the global market right now due to its super-fast servers and strong unblocking features. To experience all those perks yourself, go ahead and try ExpressVPN now.

If you have any questions or doubts about using a VPN with Rainbow Six Siege, let us know in the comments section below. We'd love to help. Thank you for reading!