Does VPN Reduce Ping in Games? Let’s Find Out! 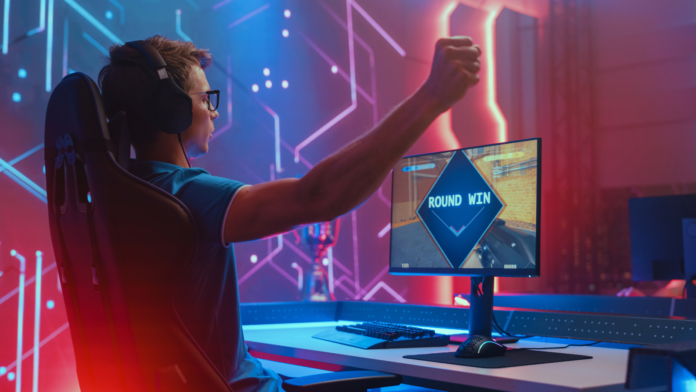 If you play online multiplayer matches, you might already know what a high ping time can cost. It not only ruins your gameplay with frequent lags but also lowers your ranking. So, if you’re a pro gamer and want to push your rank, having reduced ping is a must while gaming. Now, there are different ways to lower ping, and using a VPN is the most convenient of all. But does VPN really reduce ping in games? Let’s find it out below!

Will a VPN Reduce Ping?

Yes, a VPN definitely reduces ping in games. It offers your data a safe passage to travel while connecting to the game servers. Hence, your online traffic faces absolutely zero network congestion, which instantly helps your device fetch data from the game servers. And, the shorter the duration is, the faster gameplay you experience.

The network experts say 50ms or less ping is the best for playing fast-paced shooter games and the typical real-time strategy games. Since the best gaming VPNs come with a handful of servers, you can easily find and connect to the low latency server while gaming.

However, using a VPN means first transferring your data to a VPN server, which will get the response from the web and then transmit it back to you. This slight detour may slow down your connection at times. But don’t worry; our guide on how to speed up a slow VPN will help you achieve the speed you want.

Moreover, if you sign up with the right VPN provider that renders dedicated services for gaming, you’ll get to connect to low ping servers mostly and face no lags or freezes while playing.

How Does VPN Reduce Ping in Games?

VPN is such a technology that fulfills all the requirements of interruption-free gameplay at one click. Yes, it improves your network connection speed, reduces your distance from the game server, and helps you bypass ISP throttling to lower the ping time and ensure you never miss to spot or shoot an enemy. So let’s understand how a VPN helps in reducing ping while gaming.

1. Dedicated Routes for Your Online Traffic

A VPN routes your traffic through a safe tunnel when it travels to and from the web. That's why your online traffic can avoid any node failure, network congestion, or the void region that may lead to a high ping time. Alongside, in case your device or network resources create a bottleneck and limit the data usage, a VPN allows you to bypass that.

However, there are different tunneling protocols available that a VPN can use to connect you to the public network. OpenVPN, WireGuard are some of the widely-used tunneling protocols for gaming. No matter which one you choose, your online traffic won’t face any delay while connecting to the game servers. In return, you will enjoy fast gameplay. And, if you’re confused about which VPN protocol to choose for reduced ping in-game, check our guide here.

All famous VPN providers offer multiple servers in different locations, so you can easily avoid overcrowded servers and find one with a fewer number of users. Doing so will automatically keep your online traffic from waiting in queue and causing delays to lower your ping time eventually.

Not only that, if you think connecting to a game server of another region will help you play less competitive matches and give you an edge over your competitors, a VPN will allow that also. VPN services like ExpressVPN, CyberGhost, Private Internet Access, etc., offer massive coverage as they have thousands of servers in more than 75 locations. Thus, you’ll always find at least one VPN server at the nearest game server location to lower your latency while gaming.

While some VPNs are infamous for slowing down the connection, VPN services like NordVPN, Surfshark, etc., render amazing speed on all servers and safeguard your online traffic with impenetrable security. Along with that, such premium services offer unlimited bandwidth on all servers, no matter which location you prefer to connect to.

That means your users will never be capped or restricted on any server, irrespective of how many matches you play. Hence, your data travels as it should, providing you with low ping time while gaming. You can expect around 80-85 Mbps speed on a 100 Mbps line when gaming over a VPN to enjoy high-speed gameplay in CS GO, Rules of Survival, Knives Out, and more!

ISPs tend to throttle your connection upon detecting longer gaming sessions. It lowers your network bandwidth that generates lags while gaming. Thankfully, a VPN helps you bypass ISP throttling by masking your IP and spoofing your geo-location. Hence, you face no downtime even while playing on your school Wi-Fi.

However, most VPNs don't log your browsing activity or store the browsing history. And they use military-grade encryption to secure your data, so your ISP won’t ever know what you’re doing online. If you want to experience low ping time and smooth gameplay while keeping your personal details safe, using a VPN is the best solution.

Many VPN services are available on the market, but any random VPN will not be a suitable pick for playing all games. That’s why we’ve tested some of the best VPN services for different games and created separate guides. Have a look below to know the dedicated VPN services available for the game you play.

Should You Use a Free VPN to Reduce Ping in Games?

No, you should not use a free VPN for any purpose. There is nothing called a free VPN service. You either pay for it, or the company will make a profit by selling your data. On a number of occasions, user data got leaked online, so free VPNs are not safe. These VPNs don’t even protect you from the snoopers on the web. Thus, using a free VPN means exposing yourself to certain vulnerabilities. That’s why it's advisable to use a paid VPN service while gaming, streaming, or browsing.

Now you know that a VPN reduces ping in games. No matter whether you're using a hand-held device or gaming console, you'll have the same gaming experience while using a VPN. If you have anything else to add to this guide, leave us a message through the comment button below. Thanks for reading!