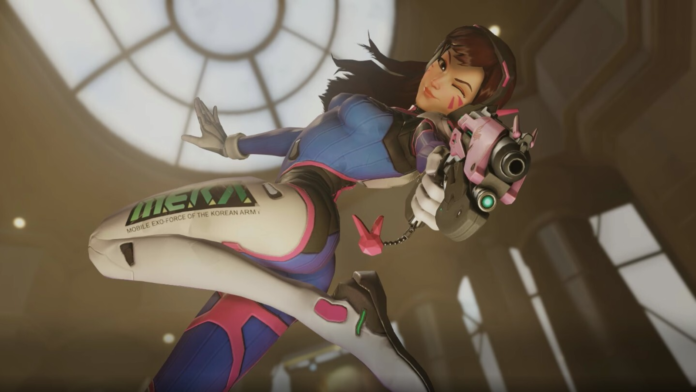 Do you want to unblock and play Overwatch from any location? Well, many universities and workplaces block this FPS game due to its immense popularity. But now, playing the game on any network is easier than ever if you find the best VPN for Overwatch and spoof your geo-location in seconds.

Some countries like UAE, Saudi Arabia, Oman, etc., even block the game's VoIP, restricting residents from communicating with their teammates. Hence, gaming over a VPN is the best way to mask your real IP and get a virtual IP of a region where Overwatch is entirely available.

Alongside, a VPN will safeguard your PC or gaming console from DDoS attacks, doxing, or identity fraud. That means you can also play the game on public Wi-Fi without worrying about your online security.

However, choosing the best gaming VPN is not that easy, as you need to consider several aspects and do extensive research work. So we've spent numerous hours testing the top VPN services to find out which of them is best suited for Overwatch. Let's see the 5 best VPNs for Overwatch to unblock it in any region.

ExpressVPN is one of the topmost VPN service providers that serve a massive customer base globally. With its super-fast servers in 94 countries, you can find a suitable one in any location you prefer for playing the game.

Since Overwatch has game servers in the US, UK, Asia, and Australia, we've tested ExpressVPN's average server speed in those countries. As per our findings, this VPN renders around 86 Mbps download speed on all their servers that make it an excellent choice for gaming.

Along with speed, your connection also stays completely secured because this VPN uses AES-256 bit encryption keys. OpenVPN, Lightway, and other tunneling protocols are also there to ensure a secure path for your online traffic, so no third party can ever breach your system.

Learn how to install ExpressVPN on 60+ devices to make the most of your subscription. Our ExpressVPN review will help you with further details.

Surfshark is another reliable VPN service provider that renders the highest speed on all its gaming-optimized servers. In fact, this VPN has multiple servers in 65 locations, and all these servers provide an 85 Mbps average download speed to help you with enhanced gameplay.

When you're connected to Surfshark, you'll never miss a shot or spotting an enemy due to lag or freeze. So, winning a game becomes easier than ever. Its AES-256 bit encryption and fast VPN protocols protect your transmitted data to such an extent that your ISP can't even recognize your online activity even if they intend to cap your data.

Since this VPN doesn't limit the number of connected devices, you can keep all your gadgets secured under a single subscription. However, if you want to play Overwatch on a gaming console such as Xbox or PlayStation, then configure Surfshark on your gaming router to share the connection.

And, if you ever face any issue with the speed, connect with their 24x7 live support team. Our Surfshark VPN review will guide you with all details about their service.

Do you play Overwatch mostly on public Wi-Fi? If so, you'll require a VPN that offers the strictest security measures. NordVPN is one such VPN that incorporates a plethora of technologically advanced security features, which boost your online privacy and security no matter what network you're using.

This VPN has quite an extensive server network in 60 countries, and you'll find multiple gaming-optimized servers in these locations. Moreover, it renders around 78 Mbps download speed on a 100 Mbps line, ensuring an uninterrupted gaming experience whether you're playing Overwatch or another online game.

Its AES-256-GCM, along with a 4096-bit DH key, encrypt your online traffic to help you bypass ISP throttling. Not only that, but also this encryption algorithm keeps your sensitive data protected from snoopers when coupled with most secure VPN protocols, i.e., OpenVPN, NordLynx, or IKEv2/IPsec.

Install this VPN on your PC or gaming console, and if you don't like the services, cancel the subscription to get a refund within 30 days. Check our NordVPN review for complete information.

PIA is a US-based reliable VPN service provider that owns the largest server network - over 17,400 servers in 78 countries. Most of this VPN's servers are optimized for gaming and offer ultra-fast performances, so you can expect up to 81 Mbps speed while connecting to one of these Next-Gen servers.

Moreover, PIA has made its servers fully compatible with 10 Gbps connections. So, if you have a 600 Mbps or 1 Gbps line, you can make the most of your VPN subscription to enjoy high-speed gaming, streaming, and downloading. Since PIA has such a huge count of servers, you can easily bypass the overcrowded ones and find a suitable server with low ping (<60ms) to play Overwatch.

PIA uses AES-256 bit and AES-128 bit encryption keys to hide your details and provide you with maximum security. Hence, your ISP, hackers, or any third party can't ever track you down no matter what network you're connected to. The WireGuard and OpenVPN tunneling protocols are also there to offer the impenetrable protection layer to your online traffic.

However, PIA allows 10 simultaneous connections to keep all your devices secured. Have a look at our PIA VPN review to know everything about this VPN.

Are you going to use a VPN for the very first time? If so, you may find the VPN setup process a bit complex. It's not easy to choose a suitable server manually as per your requirements, network settings, and preferred location. However, with IPVanish, setting up a VPN connection is a cakewalk, all thanks to its quick connect feature that automatically finds the best available server each time you start the VPN.

All its 1,600+ servers in over 50 countries are dedicated to rendering blazing fast performances, so whenever you're using one to play Overwatch, there will be absolutely zero lag and extremely low ping.

This VPN uses 256-AES encryption to protect your identity while online. Starting from split-tunneling to network kill switch and IP leak protection, every important feature is available on IPVanish native apps to make the usage convenient for you. Just like Surfshark, IPVanish also allows unlimited simultaneous connections.

Take a look at our IPVanish VPN review before you go for the subscription.

Finally, our list of best VPNs for Overwatch ends here. Whether you're looking to improve your gameplay or bypass geo-restrictions, any VPN from this list will help. If you want to play other FPS games, check our VPN guides for PUBG, Apex Legends, Free Fire, CoD, and Warframe. If you have any suggestions to make, do use the comment button below. Thanks for reading!