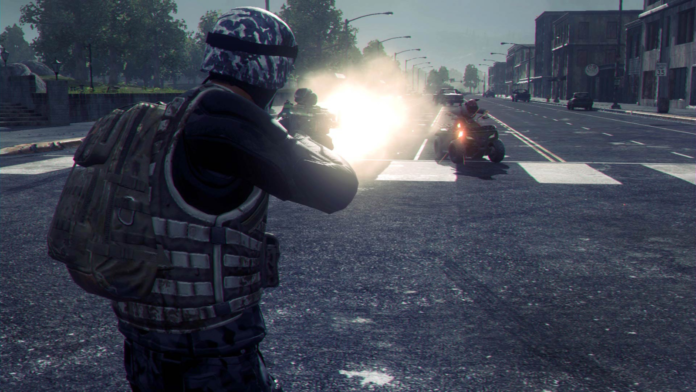 H1Z1 is one of the most popular first-person shooting games available out there. Recently, the game has launched its PS4 version for free. And, within the first three days of its launch, a whopping 4.5 million users have joined the game causing massive pressure across the game servers. Thus, lags and freeze have become inevitable while playing the H1Z1: battle royale game in solo, duo, or group. But, this issue can be encountered easily with a VPN, so let's find the best VPN for H1Z1: Battle Royale.

A VPN will connect you to a game server with a lower ping to have a better gaming experience. And, if you are popular as a gamer and stream your gameplay on social media channels, you may become prone to DDoS attacks or swatting. Having a gaming VPN will always help you stay protected from potential cyber threats. It also offers features such as a dedicated game server, automatic kill switch, and fast server speed to ensure that you can always shine on the battlefield while keeping your connection anonymous.

Since using a VPN will ensure your online security and fast gameplay in all possible ways, check out this list of top 5 VPNs for H1Z1 and choose the one as per your requirements.

British Virgin Islands-based VPN renders amazing services worldwide. It has servers in 94 countries, and most of them are optimized for gaming. Alongside, these servers offer unlimited bandwidth and render high-speed performances to ensure your game never lags or freezes in the mid-way.

Not only the performance, but ExpressVPN also offers concrete security that you need to play H1Z1 on a public network or bypass any network restriction. With its AES-256 encryption, this VPN even can save you from ISP throttling. Moreover, once you subscribe to ExpressVPN, you can play this battle royale game on your Android, Windows, iOS, and gaming consoles too. In fact, you can install ExpressVPN on 60+ devices.

So, look at our ExpressVPN review to know about its pricing in detail and get started.

Do you fear getting your H1Z1 account banned for accessing it from multiple devices and different IP addresses? If yes, opt for a NordVPN subscription. It provides all the privacy, security, and convenience you need to play online games with friends without hindrances. Yes, NordVPN offers dedicated IPs on all their servers in 60 countries to help you play H1Z1 each time from the same IP.

A significant number of these servers are dedicated to gaming. Hence they render more than 91 Mbps download speed on a 100 Mbps connection, so your game will never take more than microseconds to load once you land on a location. Some VPNs lag in providing such blazing-fast speed upon maximizing the security. Still, NordVPN is so technologically advanced that whether you connect to its specialty servers or go for total obfuscation, you'll get the same speed while gaming.

You can use this VPN on all H1Z1: battle royale-supported platforms. Please go through our NordVPN review to learn everything about their services.

Surfshark is another VPN that serves a global customer base. There are several reasons why such a huge number of gamers rely on this VPN. First, Surfshark has ultra-fast servers in 65+ countries that help you with a handful of options while choosing the most suitable server for playing H1Z1. Moreover, all these servers have a low ping, as low as 15 ms, which is great for playing low-competition matches.

Along with that, Surfshark incorporates a comprehensive list of security measures to keep your personal details hidden from the prying eyes on any network you connect. Its military-grade encryption, VPN tunneling protocols, and multiple server selection modes are there to make sure you play the game securely from any region without worrying about your online security.

You can use Surfshark VPN on multiple devices simultaneously from a single subscription. Check out our Surfshark VPN review to learn about their money-back guarantee and more.

PIA is a US-based VPN service provider that owns the largest VPN server network covering 78 countries. A vast number of these servers are located in different cities in the US. Hence, if you want to avoid the busy servers in your home country, you'll get several options to choose the nearest low ping server. Thus, you get an enhanced experience while playing the H1Z1: battle royale.

PIA VPN also offers top-quality security features. It uses AES 128 and 256-bit keys for encryption and highly advanced VPN tunneling protocols like WireGuard, OpenVPN, etc. You can choose the level of encryption and protection as per your requirements. Moreover, you can use PIA VPN on all H1Z1 supported devices. If you want to play using your gaming consoles, either install it on your VPN router or buy a pre-flashed router for easy setup.

Our PIA VPN review will help you explore more details about their services.

IPVanish is a powerful VPN service that you can use to unblock and play H1Z1 from any corner of the world. It has fast-performing servers in 75+ locations, making it easier to find a suitable gaming server for playing this battle royale game. All of its servers render unlimited bandwidth to let you play matches alongside streaming, torrenting, and downloading whatever content you like.

IPVanish also offers high-level encryption and VPN tunneling protocols to keep all your details safeguarded from the snoopers on the web. So whether you're using a handheld device or a gaming console, you will get top-grade security on home and public Wi-Fi. Moreover, this VPN offers a cloud sync feature called 'SugarSync' to help you get your game data on all your devices.

Get an IPVanish subscription plan to have multiple connections simultaneously. But before that, take a look at our IPVanish review to know more about their services.

Our list of best VPN for H1Z1: Battle Royale ends here. No matter what VPN you choose, you will get the best performance and maximum protection when you're playing. And if you want to play other battle royale games, take a peek at our VPN guides for PUBG, Apex Legends, Fortnite, Free Fire, Knives Out, Overwatch, Battlefield V: Firestorm, Rules of Survival, and Warframe. Thanks for reading! That's all; if you still have any queries, drop us a comment through the below button.