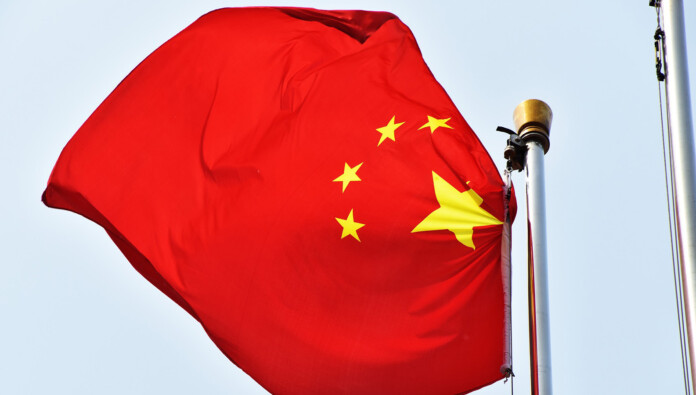 China has instituted the Great Firewall in order to prevent its citizens from accessing the free Internet, and unfortunately for the people there, it does a pretty good job. It is currently very difficult to bypass this firewall, even for some of the best VPNs out there.

With that being said, it’s certainly not an impossible task. New protocols and algorithms are introduced every few months, and it takes the Chinese government a while to keep up with these developments. Naturally, free VPNs have an even harder time with this issue, which is why there are not many you can rely on.

Why Free VPNs Are Worse Than Paid VPNs for Chinese Users

For Chinese citizens, the most important thing about a VPN is its ability to keep their identity private. If the service fails to do that, or if the company itself is actually hand-in-hand with the government, people are going to be exposed and punished according to the law. Hence, security and anonymity are of the utmost importance.

Free VPNs that rely on ads are definitely not the way to go in this situation, especially since the majority of them are blocked in China anyway. Furthermore, they may actually be easier to persuade when it comes to selling or simply handing out user data to the Chinese government. So, the best solution is to stay away from them entirely.

The other problem with free VPNs is the fact that they usually offer fewer servers and locations to choose from. For most people, this is not a huge inconvenience, but for Chinese users, this can be the difference between being able to connect to the VPN service or not. China is actively preventing traffic to and from the US, for example, and many free VPNs offer US-based servers.

On top of that, free VPNs are already a bit slower than premium services, which makes them even slower if you are also tacking on additional obfuscation methods. Using Tor on top of your VPN is definitely a good idea, but this will also make your connection a lot slower and unreliable.

Lastly, you are also subject to data caps, limiting the amount of content you can access every month. If all you are interested in is accessing the free Internet from China, these data allowances should not be a huge issue, however. It’s definitely not a great idea to waste your monthly traffic on Netflix or YouTube, on the other hand.

As you can probably tell, using a free VPN has some pitfalls. If you change your mind, you can go for a paid alternative instead. Our top pick is ExpressVPN, and you can read more about it by checking out our extensive review.

If you are looking for more options, we also have an article on the best VPNs for China. Alternatively, you can also try a free trial for one of the best paid VPNs currently on the market. Some of these free trials don't require a credit card either, which is good news if you are a Chinese citizen trying to remain anonymous.

How to Use a Free VPN in China

The steps here vary depending on whether you are a Chinese citizen or someone who is planning a trip to China. Here’s what you have to do in both situations:

The 3 Best Free VPNs for China

With all that out of the way, we can finally present you with our picks for the best free VPNs for China. Please keep in mind that the situation regarding these services can change at any moment, given that China is constantly banning more servers. Here are our recommendations:

The free version of Windscribe can be used in mainland China as well if you manage to get your hands on the app itself. The process is much easier than for other services because you don’t need to create an account in order to start using the app. This also eliminates the need for an email address, which could technically be used to trace your identity.

Even if you are restricted in terms of locations and servers, there are still plenty of choices at your disposal. Keep in mind that not all of these locations will work in China, so it might take a bit of trial and error before you are able to connect. Users are also reporting slow speeds as well, which means you won’t be able to watch movies, unfortunately.

The other downside comes in the form of a monthly data cap of 10GB. However, ten Gigabytes is definitely enough to browse the Web and access otherwise unreachable information. In fact, this kind of data allowance should not be a big deal if all you want to do is read the news or get in touch with people over various social networks.

Since you don’t need an account, it’s also possible to install the app on as many devices as you wish, including multiple phones, PCs, and tablets. This makes it easy to share it with other people, and it’s also a great way to experience the benefits of a VPN before purchasing a paid membership.

Our Windscribe review can provide you with more information on its capabilities.

Hide.me is also a valid choice for China, especially since the company itself has a helpful page on how to connect to a server if you are in Chinese territory. Naturally, that may be a bit more difficult to achieve in the free version, which has limitations in terms of server count and locations, but it’s definitely not impossible.

The first drawback comes in the form of a registration process that requires an email address. It’s already hard enough to get a hold of the app itself, let alone create an account, which is why Windscribe is still a better proposition. If you do manage to get through this process, however, you should be able to access the free Internet just as easily as you would with any other VPN.

Once the connection is up and running, you can start fiddling with the many available settings. You should know that some protocols work better than others in China's case, so it’s a good idea to do some testing. Remember to utilize the kill switch while doing so. Otherwise, you might be left exposed if your connection drops for whatever reason.

Just like Windscribe, there is a monthly data allowance you need to be aware of. Thankfully, you get the same 10GB/month with Hide.me as well. As mentioned before, this is plenty for casual Web browsing, especially if you avoid videos or music.

The need for an account also means that you are limited to a single connection, thus making it impossible to share 10 GB between multiple devices. This is not necessarily a problem if you don’t intend on using a VPN for everything, but it’s something to consider.

You can find out more about Hide.me and its features by reading our review.

TunnelBear has a pretty good reputation when it comes to taking a stand for user privacy and security, as was the case when they removed their Hong Kong servers after China forced the country’s ISPs to turn over their user data. Not only that, but they also continued to offer support to Chinese people, which is why the free version of their app is a good way to go if you happen to be there.

TunnelBear offers a lot more servers and locations than both Windscribe and Hide.me, meaning you have more options at your disposal when it comes to getting a good connection. On the other hand, they also offer a much more limited data cap, with only 500MB per month. This makes it very difficult to keep the VPN running at all times, so you really need to think twice about when and why you need it.

Thankfully, at least you don’t have to jump over too many hurdles when it comes to operating the app itself. Everything is as simple as it can be, including the user interface and the settings menu. There are plenty of protocol choices, as well as various special obfuscation methods that can help you remain hidden while accessing the World Wide Web.

One of these features is called "GhostBear," and it is designed to make your encrypted traffic look like regular traffic to any detection tools. In theory, this should make it a lot harder for the Chinese government to track you, but keep in mind that these methods' efficiency can change from one day to the other.

TunnelBear also requires an account in order to use the app, which is not ideal. You are, however, allowed to have up to five simultaneous connections per account, although this is not as great as it sounds, mainly because of the draconian 500MB/month data cap.

More details on TunnelBear can be found in our dedicated review.

Which Free VPN Is the Best for China?

According to our research in the article above, Windscribe is the best free VPN for China. It doesn't feature any ads, it has a strong privacy policy, and the 10GB monthly data cap should be enough for most people.

Is It Illegal to Use a VPN in China?

This question is complicated to answer because the Chinese government doesn't actually ban VPN technology. However, they do force VPN providers that operate on Chinese territory to provide them with user data.

Besides, any VPN that does not conform to this rule is blocked. Obviously, using one of those blocked VPNs can land you in trouble, so make sure you take all the necessary precautions.

How to Get Hold of a VPN in China?

The main issue Chinese people have when it comes to getting a VPN is that, paradoxically, you need a VPN to access the VPN's website since they are usually blocked. There are some ways you can work around this issue: