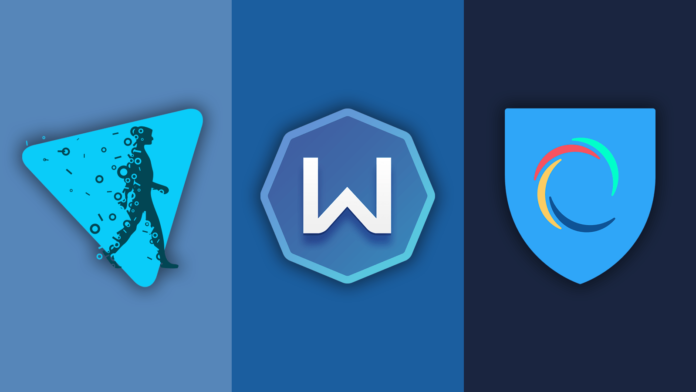 Downloading torrents is a sensitive matter, as it's often related directly to your privacy. That's because your ISP (Internet Service Provider) knows when you're downloading P2P files, as well as what exactly you download. So, even if you're doing your best to stick to legal P2P files, getting a copyright infringement notice is always a possibility.

Your ISP keeps track of all your online activity, based on your IP address. Therefore, you need to think about hiding your torrent IP address, which will protect your privacy. There's no better tool for this than a VPN application. However, the thing is that the best VPNs are premium-priced, and maybe you'd rather use a free-of-charge option instead.

This takes us the question of free VPN services for torrenting. These promise to hide your P2P traffic, without you having to pay anything. Sounds too good to be true, right? Sadly, that's precisely the situation here. Free VPNs are often linked to data leaks and they aren't safe to use (in general). So, should you abandon the thought of using a free VPN?

Well, we're going to help you by listing truly the best free VPNs for torrenting. As you're about to see, you'll face limited speeds and limited bandwidth. So, you'll have to learn to manage these restrictions. And to be honest, there's no way of going around those restrictions unless you're willing to pay for a commercial VPN service.

To help you get a clear idea of what to expect from free VPNs, make sure to keep on reading this article.

What You Can't Expect From Free VPNs for Torrenting?

In general, you can't really expect a free VPN to help you with torrenting (in the long run). These might be suitable for downloading a couple of really small files, and that's about it. So, here are some of the most prominent limitations of free VPNs, in general.

As you can see, we're talking about pretty restrictive measures here. Running a VPN business is a high-cost operation, which is why free VPNs are forced to impose all of those restrictions. The only way to go over those is to buy a subscription.

What You Can Realistically Expect From Free VPNs While Torrenting?

There are certain situations where using a free VPN for torrenting can be beneficial. As you can imagine, this applies only to a small number of cases, as described below.

So, what to do if you're not comfortable using a free VPN? Well, the only solution is to get a premium VPN subscription. That's because premium VPNs will meet your every need, and these are especially helpful for downloading P2P files.

The good news is that many premium VPNs come with generous money-back guarantees. You'll get to try them from 30 up to 45 days - and have your money returned if you're not happy with their performance. Therefore, this could be a risk-free investment.

If you decide to use a premium VPN, we highly recommend ExpressVPN. We've tested a huge number of VPN, and trust us - this is truly the best one for P2P. Then, you also have NordVPN, CyberGhost VPN, Ivacy VPN, and Surfshark. You can learn more about all those in our overview of the best VPNs for torrenting.

Finally, we're ready to give you some on-point recommendations. These are the 3 best free VPNs for torrenting.

Still not enough? Well, keep in mind that Windscribe often comes up with promotions. For example, you can tweet from your personal Twitter profile about Windscibe, and this gets you 5GB of data. And inviting your friends gets you 1GB of data per month, once they register with their own email account.

Free servers of Windscribe can be found in around 10 countries, including the USA, Canada, France, Germany, the Netherlands, Norway, Romania, Switzerland, the UK, Turkey, and Hong Kong. To get the best possible speed, you need to be in one of these countries - or close enough.

Considering that Windscribe offers free servers across North America, Europe, and Asia, plenty of you should be able to download P2P without being throttled. As per our experience, we were limited to 4MB/s, which should still be enough even when downloading large-size files.

When it comes to other helpful features, keep in mind that Windscribe offers a built-in ad blocker, DNS leak protection, and you get IP masking as well. Also, we're talking about AES-256 encryption here, which should keep your information safe at all times.

If you'd like to see what the fully unlocked version of this VPN brings, don't forget to read our hands-on Windscribe review. Buying a subscription gets you plenty of new servers, much faster download/upload speeds, and several simultaneous connections.

Hotspot Shield is a premium-priced VPN that offers a free tier (without any time limitations). As such, the free tier is used as a trial version of the VPN, where you test out some of its features - which should (hopefully) get you to switch to a paid plan.

As you can already imagine, the free version of Hotspot Shield VPN supports torrenting. However, the problem is that you're limited to 500MB of data per day. Therefore, you get around 15GB of data per month - but you're allowed to spend 500MB every 24 hours. And, yes - this useful when torrenting, but not if you want to download large files in one go.

Also, there's another serious limitation here. Free users of Hotspot Shield VPN can only access a server in the United States. This means that if you're somewhere far from the USA, you might get very limited speeds. We're located in Europe, and we managed to download files at 5MB/s - which really isn't all that bad, to be honest.

When you start using Hotspot Shield's free plan, you'll see a message saying that you're limited to 2MB/s. However, as already noted in the previous paragraph, we managed to go over that limit and download P2P files at 5MB/s. In other words, Hotspot Shield isn't really that limiting, despite what it says on its official website.

Let's not forget that even free users of Hotspot Shield get the VPN's proprietary protocol, called Hydra. And you also get AES-256 encryption. Therefore, in terms of protecting your data, you should be good to go - while you're within the bandwidth limits of this VPN.

At any moment, you can upgrade to a premium account and unlock the full potential of this VPN. For more information, make sure to check our Hotspot Shield review (we've reviewed the premium edition, by the way).

We're going to end our list with Hide.Me VPN. This is a long-standing premium-priced VPN that offers a free tier. As you can imagine, certain restrictions apply in this case, so here's what you need to know.

First of all, you will be limited to 10GB of data per month. Until a few months ago, this VPN used to limit free uses to only 2GB/month, so we're obviously happy to see this limit greatly increased. However, there's no way to increase this limit further (on your part).

Also, free servers are located in 4 countries, including the USA, Canada, Germany, and the Netherlands. On the VPN's website, you'll see a message saying that P2P is supported on all 5 free locations. However, once you start using the app - you'll see that you can't use US-based servers as they're clearly labeled as "No P2P."

Of course, we've tried to download a P2P file using these US-based servers (you can pick from two locations in this case - East Coast and West Coast). We have to say that we managed to download P2P files using those - but we were limited to 500KB/s. Perhaps Hide.Me is trying to deter users from relying on US-servers due to copyright infringement.

Anyway, you have fully-compatible P2P servers in Canada, Germany, and the Netherlands. We've tried all of those, and we managed to download P2P files up to 6MB/s - so, you can expect pretty fast speeds. These are fast enough to let you download HD video files.

To see what awaits you if you decide to upgrade to this VPN's premium plan (and here's a hint - there's plenty of interesting features here for premium users), you can turn to our hands-on Hide.me VPN review.

We bet you still have some doubts about using a free VPN for torrenting – and rightfully so. Therefore, let’s answer some of the most commonly asked questions.

Are Free VPNs Useful for Torrenting?

Free VPNs are useful for torrenting only if you need to download small-sized files. Free VPNs impose performance and bandwidth limitations, so you can’t use them to download large files or to download P2P files often.

Only a handful of free VPNs can keep you protected online. You need to be very careful about which VPN you use, as free VPNs aren’t generally safe to use. Many of those are discovered to have leaked DNS data, exposing your privacy.

What Happens if You Get Caught Torrenting?

We strongly recommend you download legal torrent files. That’s the only way to avoid getting copyright infringement notices. In case you get caught torrenting illegal files, it’s recommended to either pay a settlement fee or find an attorney to help you with your case. Read more in our guide on the legality of downloading torrent files.

Is Betternet Good for Torrenting?

It’s true that Betternet is one of the most popular free VPN services. However, as noted in our Betternet review, this VPN has been accused of collecting private data, serving malware, and imposing overly strict limitations. Therefore, we don’t recommend using this VPN service.

The best premium VPN for torrenting is ExpressVPN. Starting at $6.67/month, this VPN comes with high-end encryption, plenty of servers, supports P2P, and plenty more.

We sincerely hope that you've found our guide on the best free torrenting VPN to be useful. Once again, we'd like to remind you to be aware of the risks of using free VPNs - and always go for a premium-priced option first (if that's an option for you, of course).