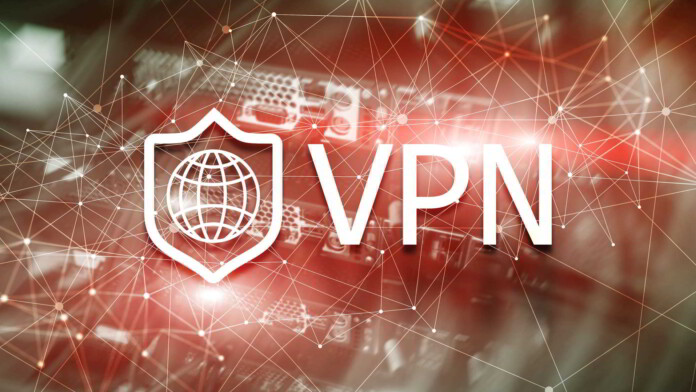 If you want a free VPN for your iPhone or iPad, there are some concessions you have to make. The infrastructure required to provide such a service is quite expensive to build and maintain, which is why most VPNs rely on monthly subscriptions. With that being said, some providers are willing to offer a free version, mostly as a way to persuade you to start a subscription.

In the following article, we will be looking at some of the best free VPNs on the App Store, which means they can be used on iOS devices like the iPhone and iPad. All of them are maintained by trustworthy companies with a good reputation, and they all offer the possibility to upgrade to a paid membership if you want more features.

As mentioned above, free VPNs come with all sorts of hurdles and limitations. Their main goal is mostly to provide you with an easy way to evaluate the VPN capabilities. However, you can also keep using them indefinitely if the downsides are not too bothersome.

Here are some of the pitfalls you need to avoid while choosing a free VPN:

For many of you, these reasons may be enough to consider going for a paid VPN service instead. If that’s the case, our top recommendation at the moment is ExpressVPN. You can find out more about its features by reading our extensive review. For more iOS VPNs, you can check out our article about the best iPhone and iPad VPNs.

Alternatively, you can also try a free trial for one of the many top-rated VPNs out there. There are some that don’t require a credit card either, just in case you are not comfortable with giving out your credit card information.

How to Use a Free VPN on Your iPhone or iPad

The 5 Best Free VPNs for iPhone and iPad

Now that you know what to look for in a good free VPN, it’s time to unveil our picks for the best VPNs for iPhone and iPad. Here are our recommendations:

Few VPNs make it as easy to start browsing the web securely as Windscribe does, especially when it comes to the iOS version. All you have to do in order to get started is to download the app and run it by selecting a server. No account is needed, and there are no intrusive ads to deal with either.

On the other hand, there are some sacrifices you need to make. One of them comes in the form of a monthly data cap that restricts you to 10GB of traffic every 30 days. That’s definitely a lot more than many other free VPNs, but it’s still not enough to binge through your favorite shows on Netflix, unfortunately.

As simple as the app is, there are some advanced functions as well, just in case you are tech-savvy enough to toy with them. One of these features is split-tunneling, which allows you to carefully manage which apps have the right to bypass the VPN connection. Obviously, you should make use of this functionality if you want to make sure your YouTube habits don’t deplete your monthly traffic quota.

You are also limited in terms of available countries and servers, the bulk of which are reserved for premium users. Even so, there are around a dozen countries to choose from - a lot more than what we would expect from a free service.

If you are interested in the premium version of Windscribe, you can read more about it in our review.

If your goal is to avoid data caps at all costs, ProtonVPN is the way to go. Unlike every other VPN on this list, you are not constrained by monthly traffic limits, which means you are free to watch movies, listen to music, and browse the web without restrictions. All that while still being protected by a VPN.

With that being said, this is still a limited free version of the service, so there are still some restrictions. The most obvious drawback is that you are only allowed access to a handful of servers and only three countries. Thus, if you happen to be geographically far away from these countries, your speeds may suffer.

In fact, the free version of ProtonVPN actively throttles download and upload speeds, so you should keep that in mind. This can prove to be a major annoyance if you are trying to watch high-resolution videos on YouTube or Netflix, although the speeds should not affect apps like Spotify or Pandora.

Many advanced features are missing from the free version as well. This is not an issue if you are not a power user looking for advanced settings, but it’s worth considering nonetheless. Lastly, the fact that you need an account in order to use the service means that you are limited to one active device at a time.

Learn more about ProtonVPN by reading our full review.

Hide.me is a strong alternative to Windscribe in many regards, but unfortunately, it falls short in a few key factors. As such, it offers the same 10GB/month data allowance, but it takes away some of the liberty in terms of countries and servers to choose from. This won’t be an issue for many users since this is mostly a matter of geography.

The other inconvenience is that you have to create an account to use the app. This is not a major downside, but it’s obviously a lot easier to go for Windscribe instead if you can’t be bothered to remember credentials - or if you don’t want to give out your email address.

The good news is that there are no speed restrictions. You can make full use of your Internet connection while downloading files or streaming media, although you should probably abstain from doing the latter on account of the monthly data cap. At least you won’t have to wait too long for websites to load, and you won’t deal with lag in online video games.

Since you need an account, sharing it across multiple iOS devices is also not allowed. It’s difficult to imagine how 10GB could be enough for multiple devices anyway, so this shouldn’t be a dealbreaker either.

Read the full review for Hide.me to find out more.

As we go lower down the list, the benefits start to shrink, and we start to understand why truly free VPNs are so rare. In the case of Speedify, the monthly data allowance is reduced to 2GB per month, which is barely enough to get you through a few GIFs per day if you like to visit Reddit too often.

On the other hand, Speedify lures you in with the fact that you have access to all the servers and locations available to premium users as well. This is definitely generous, and it’s actually a lot more useful than it sounds. Being able to select a country closer to your real location has a tremendous effect on speed, which is not something you can count on in the case of the other free VPNs that offer a limited selection of countries.

There are also a few useful settings that can be customized, although not as many as we would like to see. You can use the "Bypass" function to allow certain apps to circumvent the VPN, such as Netflix or Peacock. You can also make use of a kill switch, as well as turn the encryption on or off if you are not concerned with privacy for some reason.

Discover more about Speedify in our full-length review.

While not a bad option per se, TunnelBear is at the bottom of this list for a reason. It may be a perfectly fine VPN service if you decide to pay for a subscription, but the big downside of its free version is the fact that you have only 500MB of data to work with for an entire month. That’s hardly enough for some light web browsing, so this may only be an option for people who are not big Internet users.

Another great use for such a restricted VPN is bypassing firewalls and accessing blocked websites. Even if you can’t do it for long on such a tight data cap budget, you can at least make sure that the VPN is capable of doing its job if you decide to go for a premium subscription in the future.

In terms of features, TunnelBear is not quite the most advanced VPN out there. It certainly lacks a few things, but then again, it is not designed with power users in mind. In fact, the whole point is for everyone to be able to quickly set up a private connection, regardless of how much experience you have with VPNs.

You can also share the account between five different devices, although that is hardly an attractive prospect when you only have 500MB to work with. We certainly hope that TunnelBear will raise this limit in the future.

Check out our TunnelBear review for more information.

Are Free VPNs Safe on iPhone?

The VPNs on our list are all safe on both iPhones and iPads. Other free VPNs may not be so safe, however - especially those that rely on ads in order to make a profit. Make sure you check what kind of permissions the apps require before allowing them free reign on your device.

Do Apple Devices Have a Built-In VPN?

No, iPhones and iPads do not have a built-in VPN. On the other hand, they do offer the possibility to set up a VPN connection without installing third-party apps. In short, you can configure your iPhone/iPad with OpenVPN credentials if your VPN supports this feature.

Do I Need a VPN on My iPhone/iPad?

It depends on how much you value your privacy. No one should need a VPN, but the truth of the matter is that the current online environment makes it impossible not to be tracked through your device. Thus, a VPN is something you should really look into if you want to avoid trackers.

Which Free VPN Is the Best of iOS?

According to our research for this article, Windscribe is the best free VPN for iOS at the moment.