Is It Safe to Use Kodi Without a VPN? Do You Really Need a VPN to Watch Kodi? 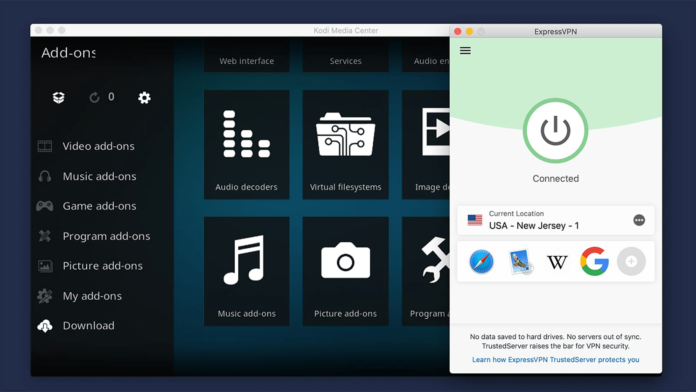 The situation surrounding VPNs and Kodi can be a highly confusing one. While some say that you don’t need a VPN for Kodi, others say that you absolutely must protect your Kodi-related activities with a premium-priced VPN. So, what’s the truth here?

If you need a direct response, know that the vast majority of Kodi users would benefit from using a VPN. And of course, there are plenty of use cases where utilizing a VPN service isn’t even optional for Kodi users – it’s mandatory instead.

With that said, TechNadu’s team wanted to produce a guide to answering whether it’s safe to use Kodi without a VPN service. We’re going to explain everything that VPNs bring (and what they don’t deliver), giving you a clear sense of what to expect realistically.

To see the questions we’ll cover in this article, take a look at the following table of contents. You can also use it to jump to the segment you’re primarily interested in exploring.

What Are VPNs? What’s Their Purpose? 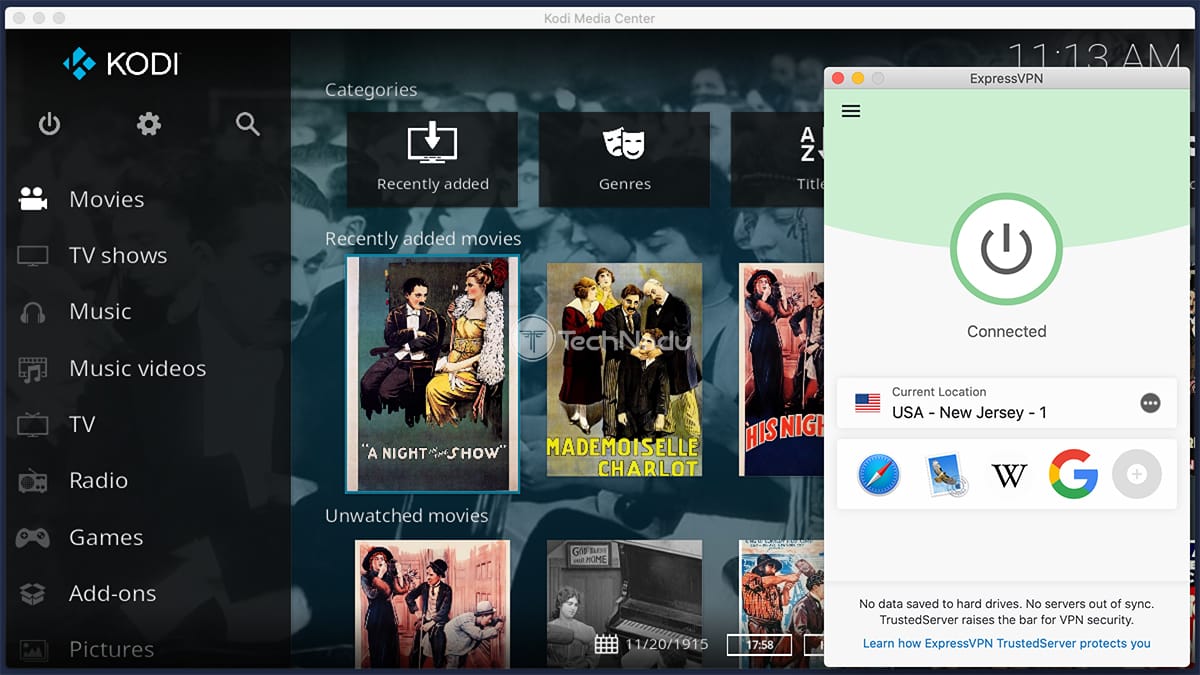 VPNs are applications designed to safeguard your privacy online. However, this definition doesn’t explain all of the features these applications bring, especially when it comes to Kodi users. So, let’s take a deeper dive.

Related Content: What Are VPNs / How Do VPNs Work

We’re going to explain some of the essential benefits of VPN services. Keep in mind that these apply to their general use. Kodi-specific advantages will be described more in-depth later on, so make sure to read this article carefully.

As you can see, using a capable and reliable VPN extends well beyond Kodi. This is why we firmly believe that this type of software has become mandatory to use these days.

Does Kodi Really Need a VPN? Is Using Kodi Without a VPN a Big Risk? 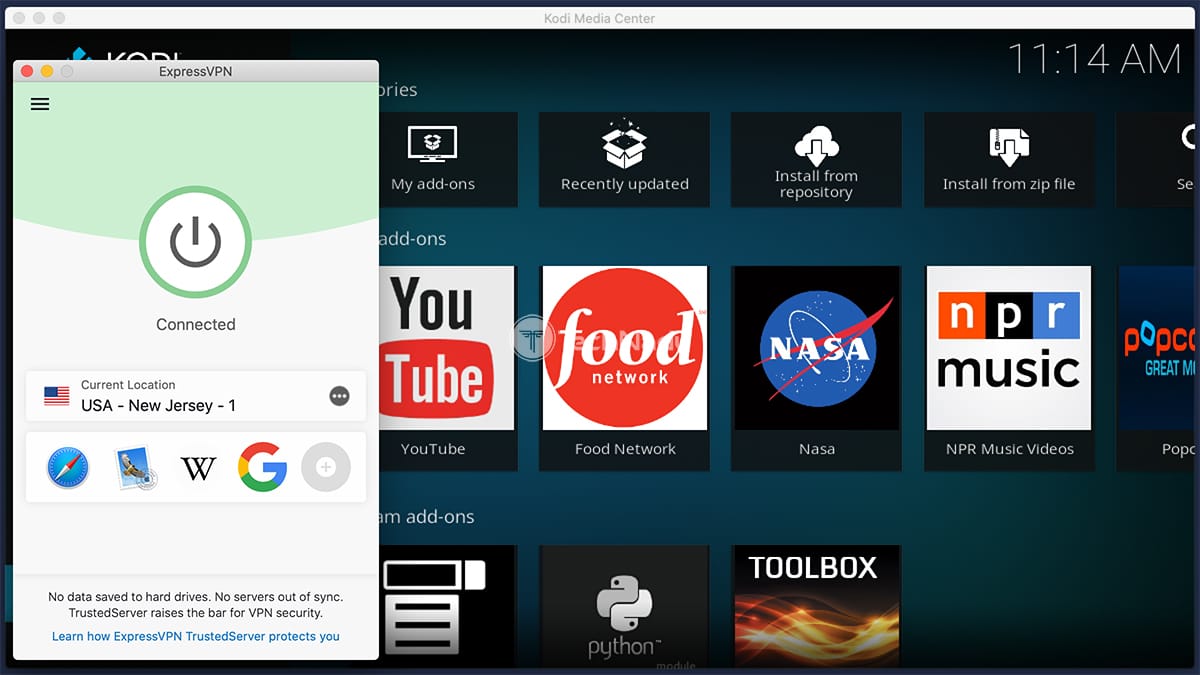 However, it’s important to clarify what types of media content we’re talking about here. This is precisely where the story about using Kodi legally diverges into two paths.

In our article on official vs. unofficial Kodi addons, we’ve talked about the legal side of using Kodi. However, we’d like to give you an overview of what using VPNs with both official and unofficial add-ons means.

It’s crucial to know what’s legal and what’s illegal about using Kodi. With that said, we recommend you read our guide on how to use Kodi legally, as this will also help you understand in what cases a VPN is needed.

When Is Using a VPN With Kodi Required?

To simplify this explanation, we’ve listed all of the possible causes and reasons that require you to use a VPN with Kodi.

We’ve mentioned official addons for Kodi several times in this article. If you’d like to explore this topic in-depth and if you like to find the best Kodi addons, use the provided link. We’ve highlighted over fifty best-working addons available right now.

When Is Using a VPN With Kodi NOT Required?

For the sake of full transparency, know that not all Kodi users need a VPN. In some instances, and based on your usage of Kodi, sometimes there’s no need for additional software. With this said, let’s take a closer look.

Which VPN for Kodi Should You Use & Why? 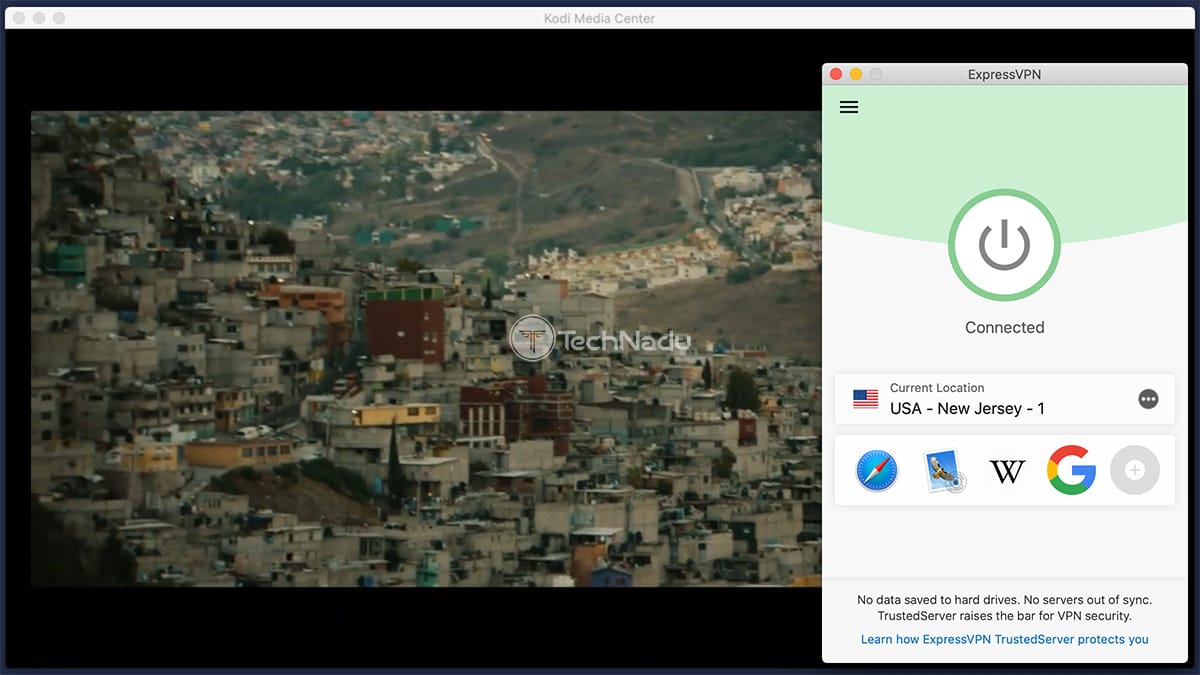 Based on our hands-on tests, the best VPN for Kodi right now is ExpressVPN.

Keep in mind that it’s essential to find a VPN that meets all your needs while being within your budget. VPNs come with different sets of features, they perform in different ways, and each of them is capable of unblocking a specific set of streaming services. Therefore, doing in-depth research is critical.

Aside from ExpressVPN, you can find more options in our guide to the best Kodi VPNs. Still, know that ExpressVPN is the only option right now that ticks all the right boxes.

Here’s what you’ll get if you decide to subscribe to this VPN.

For additional information, you can turn to our ExpressVPN review. And if you’d like to check this VPN’s website to see what else to expect, go ahead and check out ExpressVPN.

In our guide on how to set-up a VPN on Kodi, you’ll find all you need to get started on platforms like Windows, macOS, Amazon’s Fire OS, Android, iOS, and more.

Yes – absolutely! A capable VPN has the power to unblock just about any Kodi addon. You only need to connect to a server that is based in the country where that addon is available. For example, if you want to access BBC iPlayer outside the UK, connect to a server in the UK.

Can Your Internet Provider See Your VPN?

Yes, your ISP might see that you’re using a VPN. However, keep in mind that all your data is contained within a secure tunnel (as long as you have an active VPN connection). This means that your ISP won’t know what you do online.

This also means that if your ISP is throttling your Internet connection when streaming media, a VPN is the best way to bypass that limitation.

The safest and the most reliable VPN for Kodi is ExpressVPN. After having tested more than sixty VPN services, TechNadu’s team strongly believes that ExpressVPN is the only VPN that will meet the needs of most Kodi users in terms of privacy and security.

Will You Get in Trouble for Using Exodus & Similar Addons?

Addons such as Exodus, The Crew, Covenant, Venom, Numbers, Tempest, and similar are illegal because they serve copyrighted content.

Even though a VPN should mask this online activity, using a VPN isn’t an excuse to go against your country’s laws. Remember that we’re talking about piracy here – so stay away from illegal Kodi addons.

Should You Use a VPN for Kodi-Related Piracy Streaming?

You’ll find recommendations to use VPNs to mask piracy-related Kodi streaming all over the Internet. However, be aware that even if you use a VPN, you’re still committing a crime or an offense based on where you live.

We also recommend using VPNs when watching Kodi, but only for unblocking official Kodi addons, which are legal to use.

Can You Use a Kodi VPN on a Fire Stick & Fire TV?

Yes, you can use a large number of VPNs on Fire Stick and Fire TV devices. We recommend a VPN that’s available on Amazon’s App Store, such as ExpressVPN. To learn more, here’s how to set up a VPN on Firestick and Fire TV.

Also, one more note. The first-generation Fire Stick isn’t compatible with VPN services. However, the second-gen Fire Stick and newer models allow you to install VPNs.

Is There a Free VPN for Kodi? Do You Really Need a Premium One?

Yes, you’ll find a limited number of free VPNs online. However, none of those work with Kodi. They bring incredibly strict bandwidth limitations, and they can’t unblock Kodi addons. Moreover, they can endanger your privacy, as most of the free VPNs are adware.

If you’re on a strict budget, check out the best cheap VPN services. You’ll also want to check for the latest VPN deals, often helping you save quite a bit.

We hope that we’ve answered your questions about whether it’s safe to use a Kodi without a VPN. If you have any questions for us, know that you can always post a comment below. Also, don’t forget to share this article online. Thanks – and enjoy using Kodi!