How Many Cameras Does iPhone 13 Pro Max Have? 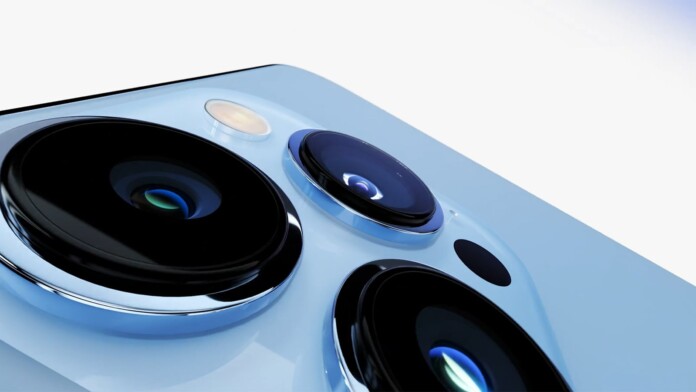 If you check the official iPhone 13 Pro Max specs, you'll see that the top-tier iPhone offers an incredibly strong camera system. In total, there are four cameras. And also, they're bigger than ever before, letting you access a series of all-new photo modes. With that said, you'll want to know more about each of those four cameras, right? If that's so, keep on reading!

How Many Cameras Does the iPhone 13 Pro Max Have?

In total, the iPhone 13 Pro Max has four cameras. Three of those are placed on the backside, and there's one camera on the front. Here's more info, along with their individual specs.

On the backside of the iPhone 13 Pro Max, you'll find three prominent cameras. The entire system is more extensive than ever before, which means the cameras come with a more pronounced bump than last year's models.

First, we'll present you with the official specs of the cameras found on the back of the iPhone 13 Pro Max in terms of their photography-related abilities.

The cameras found on the iPhone 13 Pro Max are great for shooting video as well. With that said, here are the most critical specs in terms of videography-related features.

As mentioned earlier, the iPhone 13 Pro Max has a single camera on its front side. You can use it for selfies, video calling, and recording video as well. Here are its specs.

As you can see from above, the iPhone 13 Pro Max comes with unbeatable specs. With that said, you'll want to take complete control over its photography abilities. So, make sure to learn how to use Night mode, control your iPhone's flash, and how to utilize LiDAR.

Want even more tips? Make sure to check our freshly published iPhone 13-focused articles, where you'll find a range of news pieces, in addition to tutorials and guides.

So, what do you think about the camera system features on the 13 Pro Max? Let us know via the comments section below. And finally, thanks for reading!