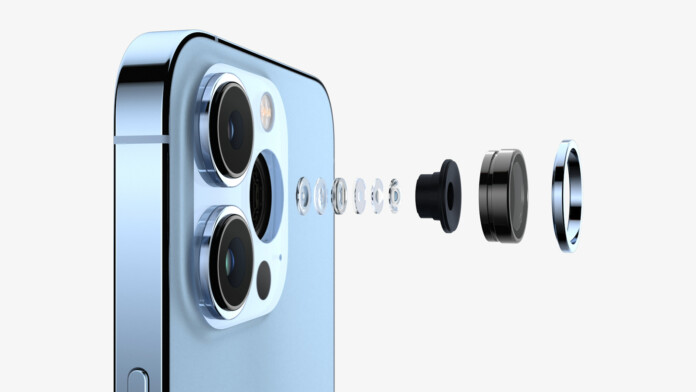 If you check the official iPhone 13 camera specs, you’ll see that this year’s iPhone generation has the most powerful camera system yet. That system is powered by next-gen components, which are also responsible for several new photography and videography modes – among which is 'Cinematic Mode,' available across all iPhone 13 models.

The freshly announced iPhone 13 lineup brings more than camera-focused improvements. So, to check what else to expect, visit our overview of the latest iPhone 13 news.

Those who decide to buy one of the newly announced iPhone 13 models will get a special videography mode. Called 'Cinematic Mode,' it's designed for seasoned filmmakers and amateurs who rely on their iPhones to shoot and edit footage.

In essence, this mode allows the iPhone to shift its focus in real-time, providing pro-level effects that were previously possible only with expensive gear and post-production. However, the best way to explain what this mode does is to watch the following video clip, used by Apple to promote 'Cinematic Mode.'

As you can see from the video above, the iPhone 13 lineup has a camera system capable of tracking where the video's subject is looking, automatically adjusting the camera's focus. However, video editors will also get to edit the depth of field and bokeh level manually, even after recording footage.

With that said, it's clear that 'Cinematic Mode' is a continuation of 'Portrait Mode,' adopted for video, of course. We also need to mention that this mode is available via all back- and front-facing cameras and supports Dolby Vision HDR.

Seasoned filmmakers should also pay attention to 'ProRes.' This advanced video codec offers higher color fidelity and less compression. As such, its primary purpose is to allow more complex video editing via applications such as Final Cut Pro or other pro-grade video editing software.

So, do you look forward to ‘Cinematic Mode?’ What do you think about iPhone 13’s camera system? Let us know in the comments section below. And finally, thanks for reading!