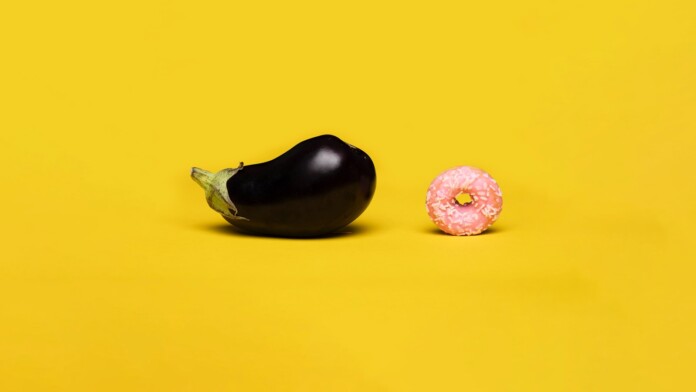 You can see a similar error ("Secure Connection Failed") in Firefox:

Some countries may redirect you to customized government pages in your local language, but you get the point. Fortunately, connecting to a VPN server in a country with fewer restrictions should do the trick.

Not only that, but VPNs prevent your ISP from throttling your bandwidth. No more pesky buffering wheels when you just want to get the deed done and move on with your day. Once that's over with, you can simply relax with some Netflix, BBC iPlayer, and the myriad other platforms that a VPN can unblock.

Their app also features split tunneling if you want to exclude certain apps from using the VPN tunnel. By doing so, your ISP's servers will take over the rest of your traffic. Say, downloading a game on Steam, updating software in the background, and other activities that don't necessarily need to use the VPN.

When alone time's over, why not open up Netflix (or your service of choice) and enjoy unfiltered content from around the world? ExpressVPN can reliably unblock any streaming platform out there - BBC iPlayer, Hulu, HBO Max, you name it. And with 24/7 live chat support available, any issues you encounter will be dealt with swiftly.

Make sure to read our full ExpressVPN review, which contains more detailed info about the provider, speed tests, and what other services it can unblock.

Speaking of security, all you privacy nuts out there (no pun intended) will enjoy NordVPN's double VPN feature. It basically encapsulates all your traffic in the second layer of encryption and runs it through a secondary VPN server - enhancing privacy and security all in one. Naturally, that'll have a significant effect on overall speeds, so keep that in mind.

As always, you can see more in-depth details about NordVPN and its features in our full review.

On the other hand, CyberGhost does have servers for content like Netflix (US, DE, FR), BBC iPlayer, Crunchyroll, Hulu, and even YouTube. Seeing as their server network extends across 91 countries, you'll have no trouble finding a fast server nearby, no matter the purpose.

Check out our CyberGhost VPN review if you'd like to learn more about their service and features.

Having to switch devices to do your business can quickly get annoying. Fortunately, Surfshark has no device limit, so that's one common problem dealt with. With just one subscription, all your home gadgets can benefit from a VPN-secured connection. Get some friends to chip in and get on one of their long-term subscriptions for the best possible deal.

Sadly, the platform exclusivity of some of its features places Ivacy one step below the competition. For example, their kill switch and split tunneling options are only available on Windows and Android. Sorry, Apple and Linux users.

Don't forget to take a look at our full Ivacy review if you're interested in what else the provider has to offer.

Rather than risk relying on rented data centers, VyprVPN chose to operate their very own server network. Not only does this translate to better overall security, but VyprVPN can freely upgrade their own servers, so you get the best speeds possible.

Streaming-wise it's not as great as the competition, as it can only unblock BBC iPlayer and some major Netflix libraries. See more details in our VyprVPN review.

"The man, surnamed Chen, had purchased unauthorized VPN software [...] The notice said Chen had violated regulations mandating that individuals and organizations only connect to international websites through government-approved channels."

It's a good idea to keep your VPN on at all times, so you don't forget to activate it when it counts the most. Also, turn on the in-app kill switch, so your data isn't exposed during random disconnects. Other than that, remember to install your provider's app on all your devices for maximum privacy, protection, and unblocking content on the go.

Looking for something different? Then take a look at our mega list of the best VPNs, where we cover 15 amazing providers, fit for any user.

We recommend using ExpressVPN due to its simple interface, no-nonsense no-logs policy, fast servers available in 94 countries, split tunneling, and the fact that it can unblock most major streaming sites online.

From an anti-censorship perspective, connecting to a VPN server in the United States or Canada might be your best shot. European countries are usually a good alternative, although a few (such as the UK) have considered implementing age checks in the past.

Of course, you also need to take into account how far away the server is from your location. The greater the distance between you and the server, the slower your overall speeds. ExpressVPN has servers in 94 different countries, so you have quite a few options to try out.