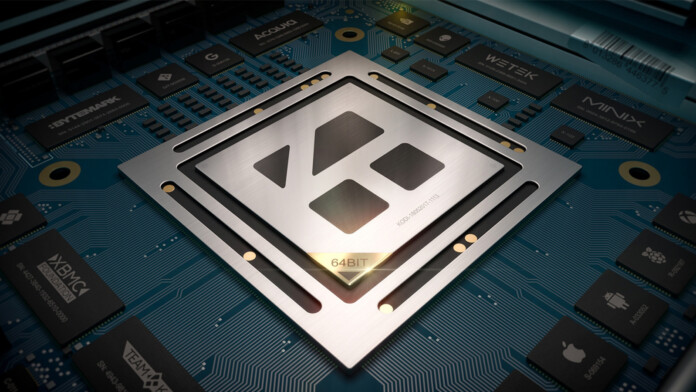 Just like the majority of other hardware and software technologies, Kodi boxes have come a long way during the last couple of years. Today, these media streaming devices can store your entire media collection, in addition to providing an endless media library via Kodi addons. Not to mention, many of them can play 4K videos and advanced video formats, thanks to the latest generation CPUs and GPUs. The only question is – what’s the best Kodi box in 2020? Which ones provide the best value for their price? Well, you’ve come to the right place, as we’ll let you know about 10 of the truly best Kodi boxes right now.

To answer all your questions, we’ve done extensive research. We’ve prepared a series of popular Kodi boxes suitable for different budgets and needs. And as you can expect, all of the following devices can run Kodi natively – even the recently released Kodi v18 Leia. This means that you can take full advantage of Kodi and use this application without any limits.

Amazon Fire TV Stick is a pocket-sized streamer and, at the same time, a heavy-weight champion of all the Kodi streaming devices in 2020. With the $39.99 price tag (often discounted to $29.99), the Amazon Fire TV Stick tops this list and also has topped numerous similar lists in the past. Undoubtedly, this device is the most popular streaming device in the Kodi community.

The latest Fire TV Stick is even better and more functional compared to the other devices in the same price range. We can’t neglect the fact that all its amazing features come under such a dirt-cheap price tag. Here’s an interesting fact – the latest version of this media streamer is 30% faster than the older one, according to its official website. This new version also includes built-in Alexa support, which can be used to interact with Fire OS. However, if you’re buying this product, needless to say, accessing Kodi is only one of its numerous great options.

Even though Kodi is available for Fire OS devices, it isn’t featured on the Amazon App Store. One needs to sideload Kodi separately and then install it. If you face any problem during its installation – you can refer to our guide to install Kodi on Fire Stick.

The Amazon Fire TV Stick 4K, undoubtedly, is a prime choice for Kodi users. It’s an excellent proof of a product which gives more than what you pay for. Commercially designed for Amazon Prime Video and Netflix, this media player supports services in 4K with HDR. With that said, its capability to play Ultra HD content is worth the mention, which also means that the Fire TV 4K will smoothly stream Kodi and its 4K sources.

Like its smaller brother, Fire TV 4K also doesn’t feature Kodi in its App Store. One must sideload Kodi to install it. It’s not an overly complicated process, but you can use our quick guide, mentioned in the previous point. Here too, you’ll get the extra perks of Alexa and Voice command supporting remote.

In case you need something more powerful, Amazon has come up with a solution. Called Fire TV Cube, this is perhaps the most powerful media streaming device made by this company, and as such – it presents a wide array of features designed for advanced users.

Powered by Fire OS, Fire TV Cube comes with access to thousands of apps. You can use pretty much any popular media streaming service, and of course, there’s Kodi as well. Fire TV Cube lets you stream in 4K UHD and up to 60fps. There’s HDR (High Dynamic Range) and Dolby Atmos support. And let’s not forget to say that it’s compatible with any TV, cable or satellite set-top box, soundbar, and A/V receiver.

Finally, Fire TV Cube is powered by Alexa, Amazon’s digital assistant. You can set this device to be the central piece of your smart home system, which lets you use Alexa to play media files and control other devices, all at the same time.

You might be surprised to see Microsoft’s Xbox on this list. However, there’s a good reason why you might want to consider getting a gaming console – the latest Xbox One generation comes with full Kodi support. This means that you can install Kodi on Xbox One in a matter of seconds.

You already know that Xbox One lets you play the latest games in 1080p HD resolution. However, let’s not forget that this device is one of the best media streamers out there. First of all, it lets you stream 4K content, supports 4K Blu-Ray discs, and comes with Spatial Audio (Dolby Atmos and DTS:X). In case your TV supports HDR, you can take full advantage of that option by using Xbox One. Also, even Dolby Vision is supported on Xbox. And finally, let’s not forget that you’ll be receiving regular OS updates, improving the functionality and performance of this device.

All in all, we do believe that Xbox One is one of the best Kodi boxes in 2020. If you’re on a tight budget, you might want to check for periodic sales – as Microsoft is known for offering heavy discounts several times a year.

With Amazon’s latest upgrade to its Fire streaming devices, Nvidia Shield might look a bit faded. However, this device is capable enough to stream all types of 4K content from all the premium services like Amazon Prime Video and Netflix. Not to forget its super-strong Geforce NOW that can smoothly run an array of video games.

Running Android TV (with frequently published updates), you can easily install Kodi on Nvidia Shield TV. The Google Play store features the latest Kodi app that you can voice search via its remote, and install Kodi on the device without ever typing anything on the screen. It’s just like installing Kodi on any Android device.

Its strong processor hates waiting time. From installing Kodi to recovering from standby, it takes about a minute, which is super impressive. This device’s performance is exceptional and streams 4K and 1080p content with ease. It features a built-in 802.11ac WiFi and an Ethernet port for weaker WiFi connections. For more information, read our full Nvidia Shield TV review.

It’s astonishing to notice that Asus Chromebox struggles with its market placement and pricing for what it has on offer. It is a great device, no doubt, and it can be said that this is one of the most underappreciated products in the Kodi community, even after its consistent positive mentions on the Kodi forums.

The device runs Chrome OS and has a very simple procedure to install Kodi. It features an Intel Celeron 3865U CPU with 4GB of RAM and 32GB SSD drive. It has 2 USB ports to connect external hard drives and peripherals. It’s supported by Bluetooth 4.0, and also features WiFi and Ethernet connectivity.

Now, here comes its mega feature — 7.1 Dolby Digital, which can fill up a room of any size, even a hall. We are sure of the potential of this device and hopeful for its future. We are positive this device will improve its ranking on our next Best Kodi Boxes list.

One of the best things about Kodi boxes is that they come ready out of the box. You set them up, power them on, and you’re ready to import your media collection. However, would you be interested in assembling your own Kodi box? If that’s something that you find interesting, we’d like to highlight this Raspberry Pi 3 starter kit.

As noted in our article on installing Kodi on Raspberry Pi, you are free to pick your components. You get to choose from different motherboards, cases, memory cards, and plenty more. However, if you don’t want to buy piece by piece, CanaKit has prepared an affordable option. In this package, you get a Raspberry Pi 3 Model B+ board, 32GB memory card, premium Raspberry Pi case, USB power supply, and everything else you need to create your own Kodi box.

Lastly, we’d like to say that this project is an easy one – so don’t think that you need to be a hacker to get into all this. In fact, we’re pretty sure you’re going to love it all the way through.

MINIX is a company known for a wide range of Android TV boxes, and we’ve chosen to showcase its bestselling device. Called U9-H, this Android TV should meet everyone’s needs, including those who are highly advanced Kodi users as well.

First of all, you should know that MINIX NEO U9-H supports up to 4K video resolution and up to 60 frames per second. This can give you a very fluid image, depending on what kind of TV you’re using. Then, this device supports HDR10 and can take full advantage of your TV’s color range. And finally, you’ll find WiFi, Gigabit Ethernet, and Bluetooth here – covering pretty much every popular connectivity method.

The only downside here is that U9-H comes with Android 6.0.1. Many Kodi boxes still use this version of Android, and you should know that Kodi 18 Leia should run fine on Android 5.0 and up. So, if you care about buying a Kodi box that will last for many years in the future, you should pay attention to the Android version you’ll be getting.

Upon the latest revision of this article, we’ve felt compelled to include this option on our list of the best Kodi boxes. Dolamee’s D3 media streamer is one of the hottest products on Amazon right now, with stellar reviews and highly promising features. And of course, you can install and use Kodi on this device with no limitations.

First of all, you should know that this is an Android TV box. It’s powered by a quad-core GPU, 2GB of RAM, and 16GB of disk storage. You get the full benefits of using Android 8.1, which gives you access to thousands of apps. And of course, you can stream 4K video files with ease.

Since Dolamee D3 comes with Bluetooth 4.0, you have a nice range of peripherals. You can connect Bluetooth keyboards or headsets, giving you plenty of options for enjoying your movies.

During the last couple of years, Mi has managed to bring interesting devices to the market continuously. This Chinese company went very far from its early beginnings and today features smartphones, all kinds of smart devices, and TVs as well. Among those products, the Mi Box stands out.

This is a set-top box powered by Android TV. As such, it provides access to hundreds of applications, and Kodi is one of those. Even though it doesn’t come with Kodi preloaded, you can install it in a matter of minutes. From there on, it’s nothing but enjoyment. You can also install Android apps of popular media streaming services, which makes Mi Box a very interesting option for every cord-cutter.

Finally, you should know that Mi Box comes with an HDMI 2.0 port. In other words, it lets you stream and play 4K Ultra HD and HDR video content. Those looking to try out Android games can opt for a game controller and turn Mi Box into a very capable gaming console.

Are you still confused? Use our comment section to let us know of any difficulty that you face in picking your next Kodi Box.