How to Watch Extraordinary Online: Stream the Comedy Series from Anywhere 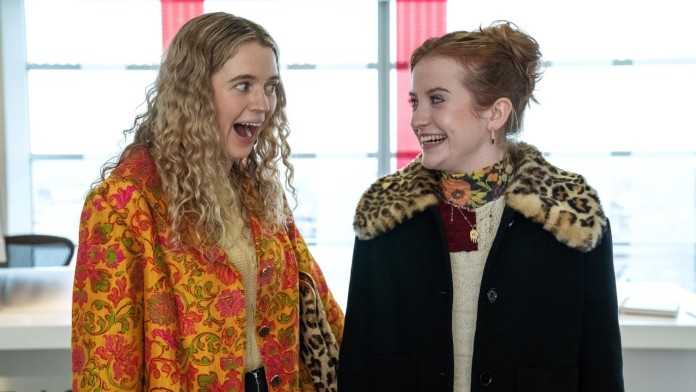 If you're looking for a binge-worthy show in 2023, we recommend trying out this exceptional new UK comedy series, Extraordinary. Keep reading this article to learn all about the show.

Sometimes in a world filled with people with powers, it's hard to fit in, especially if it seems like you're the only one who hasn't manifested their powers yet. Extraordinary introduces a young lady named Jen, who is still hopelessly waiting for her powers to appear. Typically, these powers are supposed to manifest at the age of 18, so being 25 with no powers makes her an outcast. At this point, Jen is ready to try anything to activate her powers, and her flatmates are more than willing to help.

So who are these flatmates who believe Jen has a shot at getting her powers? First, we have Carrie. Carrie has the ability to channel the dead, but It doesn't seem like a lot of people listen to her. She and Jen have been inseparable since their school years.

Her second flatmate is Carrie's boyfriend, Kash, who can turn back time. A handy power, especially to save oneself from embarrassing situations. Lastly, Jen's final flatmate is a stray cat named Jizzlord. Now, Jizzlord isn't some ordinary cat since he has powers of his own.

Would you like to watch Extraordinary from any part of the world? Well, all you need to do is read the article below. We have the release dates and information on where and how you can watch the superhero comedy show online.

When and Where to Watch Extraordinary

Extraordinary premieres on January 25, 2023, on Disney+ in the UK, Canada, and Australia and on Hulu in the US. The show will release all 8 episodes on its premiere date.

How to Watch Extraordinary Online from Anywhere

These days, you can watch your favorite shows and movies easily by subscribing to a live TV or streaming service where they are available. Extraordinary will be available on Hulu or Disney+, so if you’re in the US or UK/Canada/Australia, you can easily watch it. However, most streaming services are geo-restricted, so you won’t be able to access them while traveling abroad. You can always use a VPN to watch Extraordinary online from anywhere. The VPN will remove geo-blocks, allowing you to stream almost anything from any country.

We highly recommend getting ExpressVPN because it is the best VPN available. The service has hundreds of servers across over 90 countries. It's a no-log VPN, is independently audited, and offers unlimited bandwidth and 24/7 live chat support. The VPN promises to keep your online data and identity secure using top-notch encryption technology, which will shield you from security breaches. You can try ExpressVPN RISK-FREE for 30 days thanks to its no-questions-asked money-back guarantee.

By visiting their website, you can subscribe to ExpressVPN (49% discount and 3 Months FREE). You must create an account on the website by following the instructions and completing the payment. Then you can download the native app and log in using a sign-in link or activation code that will be sent to your email. Then, once you run the VPN, you can pick a server from your home country to stream Extraordinary online from anywhere easily.

How to Watch Extraordinary in the US

Folks in the US can easily watch the show on Hulu's on-demand streaming service on January 25, 2023. The platform offers an ad-supported tier for only $7.99 per month and an ad-free tier for $14.99 per month. In addition, the service allows you to customize your choice with add-ons like HBO Max or STARZ. Hulu will give you a 30-day free trial if you are a new subscriber.

You can also opt to get the Disney bundle if you want more. The bundle offers Disney+, ESPN+, and Hulu for a discounted price as part of its special deal. A Disney Bundle with an ad-supported Hulu plan will cost you $13.99 monthly. However, if you want an ad-free plan, you need to pay $19.99 per month.

If you're traveling outside the US, you won't be able to access Extraordinary using Hulu due to geo-restrictions. However, you can overcome this hurdle when you use a secure VPN. A VPN tool will change your IP address, enabling you to stream Extraordinary from anywhere online outside the US. All you need to do is run your VPN and choose a server from your home country in order to unblock Hulu.

How to Watch Extraordinary in the UK, Canada, and Australia

Extraordinary will be available in the UK, Canada, and Australia through Disney+. If you live in the UK, you can get a Disney+ subscription for £7.88 a month or save 16% with its annual subscription at £79.90 a year. You get fantastic content on Disney+, like Pixar and Marvel movies and series.

If you're traveling away from your home country, Disney+ may be limited or completely geo-blocked. All you need to do is use a reliable VPN to unblock Disney+. Using a VPN allows you to change your IP address, allowing you to access your Disney+ library. All you need to do is run the VPN tool and choose a server from your home country to stream Extraordinary online from anywhere.

After a bad job interview where Jen reveals she doesn’t have any superpowers, she decides to hook up with Luke. She also takes in a stray cat. Meanwhile, her flatmates, Carrie and Kash, are mugged, inciting Kask to form a gang of vigilantes. Jen realizes she needs to discover her superpowers for a chance to fit in with the rest of society.

Jen’s friends try to expose her to stressful situations to force out her powers. Carrie attempts to bring her to the dentist while Kash tries to fake a kidnap. Both plans fail horribly. Meanwhile, Jizzlord, the stray cat, transforms into a man but turns back into a cat before anyone can see him.

Kash sends a semi-feral Jizzlord outside while he gathers his gang. A slick record executive invites Carrie to channel a dead musician. This might be a great chance for her to make money, so she invites Jen to come with her. After Kash’s meeting ends in disaster, Jizzlord comes to the rescue.

Jen and Jizzlord follows an emotional rollercoaster of leads and dead ends. Finally, they end up visiting the vet, where they encounter an old friend of Jizzlord. Meanwhile, Carrie is frustrated and considers contacting Gordon to utilize his powers.

Jen is dragged back to her old school, and Carrie gets invited to speak. They encounter Rebecca, an old school bully who forces Carrie to reevaluate with Jen. At home, Jizzlord tries to comfort Kash, who is crushed by his failure.

A power clinic waiting room provides Jen with a new friend for a while leading to a night of drunken debauchery. However, Hannah’s resolve is weaker than believed, and the friendship is short-lived.

Jen and Jizzlord attempt to make money by entering Jizzlord into a cat show. The performance doesn’t go as planned, but they somehow manage to wow the audience. Meanwhile, Carrie develops an infatuation towards a deceased royal.

Kash tries to salvage his relationship with Carrie by throwing her a party. Meanwhile, Jen’s love life becomes complicated because all her options are in the same place.