Disney Plus Price, Plans, Bundles, and How to Sign Up 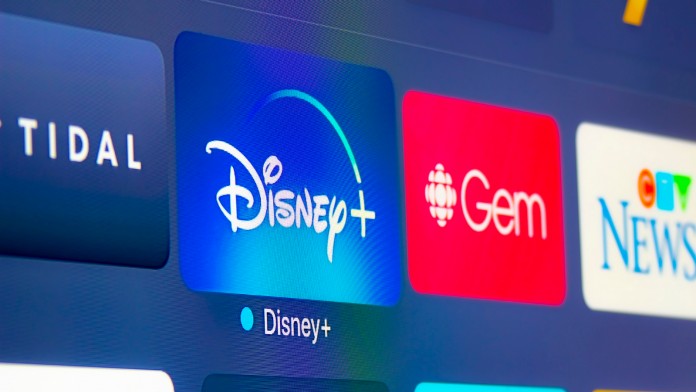 The Disney Plus streaming platform ended up being one of the popular on-demand services. A subscription with the platform offers Disney and Pixar content, as well as titles from Marvel, Star Wars, and National Geographic, and it even offers some extra content through its Star service in some markets around the globe. So let's see what's the Disney Plus price if you want to get a subscription and any other information you might need regarding this service.

How Much Does Disney Plus Cost?

This streaming platform has a single plan that you can pay for monthly or annually, and it has slightly different costs depending on the country. Moreover, you can host virtual movie nights with GroupWatch, download content on mobile devices, and watch several titles in 4K and Dolby Atmos. Disney Plus even has a growing list of IMAX Enhanced titles. Before you subscribe, find out if your device is compatible or not by checking the list of Disney Plus supported devices and platforms.

Disney Plus Price in the US

In the US, the Disney Plus price is $7.99 per month or $79.99 per year. However, there are also some bundles available, and you can find more details about them below.

Besides the standalone service, there's also a pretty interesting deal currently on display - American users can get The Disney Bundle, which includes Disney Plus, ESPN Plus, and Hulu with or without ads, all these for a discounted price. You can choose between The Disney Bundle with ad-supported Hulu for $13.99/month or with Hulu (No Ads) for $19.99/month. You can save 25% if you subscribe to this bundle, compared to the monthly cost of subscribing to these three services separately.

Right now, US customers can also subscribe through Hulu to get one of these special bundle deals that include the same Disney Plus and ESPN Plus platforms, but this time the bundle has Hulu + Live TV on offer:

You can also add Disney Plus to your existing Hulu and ESPN+ subscriptions, and you can read how to do this in our dedicated article.

Disney Plus Price in the UK and Ireland

In UK and Ireland, the Disney Plus price is £7.99 per month or £79.90 per year. These territories have a special library since the subscription price includes content from Disney's Star besides the standard titles.

Disney Plus Price in Canada

In Canada, Disney Plus costs $11.99 per month or $119.99 per year. This is another country where the subscription price also covers titles from Disney's Star service.

Disney Plus Price in Australia

In Australia, Disney Plus is $11.99 per month or $119.99 annually. Moreover, for this subscription fee, you also get access to Disney's Star content.

Disney Plus Hotstar Price in India

In India, things are a little different when it comes to plans and pricing. You can subscribe to Disney Plus Hotstar for ₹899 per year with the ad-supported Super plan. You can also go for the ad-free Premium plan for ₹299 per month or ₹1,499 per year if you want up to 4K quality content. Moreover, there's also an ad-supported Mobile plan that costs ₹499 per year.

Disney Plus Price in Japan

In Japan, Disney Plus costs 990 yen, and it also offers Asian and Japanese local exclusive titles from studios. The price for sign-up from the Apple App Store is 1,000 yen, including tax. There is an annual plan available as well.

Disney sometimes launches a movie in cinemas and on their streaming platform concurrently -just like they did with the 2020 Mulan movie, for example. When that happens, you can purchase Disney Plus Premier Access to that movie for a separate fee of $29.99, and it basically lets you access that Disney release on the same date as its theater release. These titles will later on become available to all Disney Plus subscribers, but paying Premier Access lets you watch them before everyone else on the streaming platform.

This service does not offer one-time access - once you pay Premier Access for a title, you can watch it as many times as you want on any platform where Disney Plus is available (as long as you are an active Disney Plus subscriber, though). You can find all the details and a step-by-step guide on how to get Premier Access on Disney Plus here.

Pricing Comparison: Disney Plus vs. Apple TV+ vs. Amazon Prime Video vs. HBO Max vs. Hulu vs. Netflix

In this day and age, several newer platforms have launched and caught up with the already popular services, and we ended up with a whole lot of choices when it comes to the streaming platforms we can subscribe to. However, prices and perks differ even though they mostly fit the same bill on the market segment.

Which Disney Plus Bundles Should You Choose?

The only bundle that was available until now was The Disney Bundle that puts Disney Plus in the same pack as ESPN Plus and the Hulu On-Demand plan for a discounted price. You have the option of selecting the ad-supported Hulu or the ad-free Hulu, though, for a different bundle price. This bundle gives you access to movies and series from Disney, Pixar, Star Wars, Marvel, National Geographic, Hulu originals, Anime, telenovelas, and also UFC (and PPV) content and a complete award-winning 30 for 30 libraries, while also covering on-demand titles from tens of networks.

The Disney Bundle boasts a hefty discount compared to purchasing the three services separately. If you take them individually, the Disney Plus monthly fee is $7.99, the ESPN Plus monthly subscription is $6.99, and Hulu goes for the monthly fee of $6.99 with ads and $12.99 with no ads. That means for all three, you would pay $21.97 per month with ads and $27.97 per month without ads.

So seeing as The Disney Bundle is $13.99 per month with ad-supported Hulu or $19.99 per month with Hulu (No Ads), it's definitely an attractive bundle deal. If you can bear through Hulu's ads, you should choose the cheaper bundle version, but if you'd like an ad-free streaming experience, the more expensive one is a bargain. This also stands if we look at what these would cost separately in a year versus what you would pay for The Disney Bundle in a year.

If you'd like live TV on top of these, you could also subscribe through Hulu and select the same bundle but with Hulu's Live TV included. You get all the Disney Plus, ESPN Plus, and Hulu On-Demand content that The Disney Bundle offers but with Hulu Live TV included, adding over 75 live TV and on-demand channels. Of course, there are two ad-related tiers here as well - the bundle's price is $69.99 a month with ads and $75.99 a month without ads.

Well, we must say that ad-supported Hulu + Live TV was $69.99 by itself until recently, and now they toss in Disney Plus and ESPN Plus as a bonus, without having to pay anything more. Need we say more? If you're also interested in live TV networks, this is the bundle for you.

How to Gift Disney Plus Subscription?

The process is pretty easy; here is what you have to do to gift a Disney Plus subscription:

Subscription cards are only redeemable in the country in which they are purchased and cannot be used to pay for an existing subscription.

In What Countries Is Disney Plus Available?

Disney Plus is available in the following countries and regions at the moment:

Disney Plus plans to launch in other countries as well this year, and more will be announced soon. Some of the territories rumored to land the service soon are the Philippines, Vietnam, and Turkey, but also Greece, Poland, Romania, Bulgaria, Israel, South Africa, and several others.

This is all the information on the Disney Plus price, and we hope we managed to answer all your questions. If you have any doubts, use the button below to post a comment, and we'll answer as soon as possible. And lastly, thank you for visiting TechNadu!