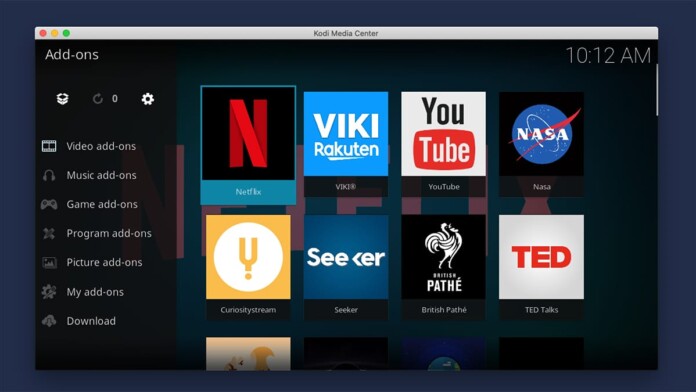 Interestingly enough, Kodi can be hugely helpful even when it comes to niche types of content. As you're about to see in our overview of the best Korean Kodi addons, this application still offers both free and paid sources of quality content.

The truth is that you won't find plenty of Kodi addons that specialize in Korean movies and TV shows. So, after plenty of research, we've decided to highlight the top three addons. Still, each of the following recommendations comes with a sizeable library. More importantly, all of that content is frequently updated.

Why It's Not Safe to Use Korean Kodi Addons Without a VPN?

Kodi is often associated with piracy, which is why many ISPs block or slow down your Web traffic while using the application. However, that's where VPNs come into play.

VPNs have the power to encrypt and obfuscate your Web traffic. That means that no one will see your use of Kodi, not even your ISP (Internet service provider). In other words, you'll get to install and access Kodi addons with no limitations and watch anything you want.

VPNs are even more useful when accessing Korean Kodi addons. As you're about to see, Korean content in Kodi is restricted to individual countries only. Using a VPN, you can obtain another country's IP address and therefore - watch as many Korean movies and TV shows as you want.

Let's not forget that Kodi is prone to malware and malicious code injection, especially if you like to tinker with unofficial addons. Once again, a VPN is a solution to that. So, to learn more, we'll point you to our guide explaining why using a VPN for Kodi is mandatory.

To check our recommendations, head over to our guide to the best VPNs for Kodi. Also, don't forget to check how to use a Kodi VPN.

We'd like to recommend using ExpressVPN. Based on our tests, that's by far the best VPN for Kodi, capable of unblocking any Korean addon out there. If you subscribe to ExpressVPN today, you'll save up to 49%, while getting 3 EXTRA MONTHS of use!

The Best-Working Korean Kodi Addons in 2022

We've done the hard work of sifting through dozens of addons. So, finally - here are the 3 best Korean Kodi addons that you'll find right now:

Yes - you read that right. The first option on our list of the best Korean Kodi addons in 2022 is none other than Netflix. This media streaming giant has done plenty to include international movies in its lineup, and you'll find a sizeable library of titles right now.

Some of the most popular picks related to Korean movies on Netflix are Train to Busan, Lucid Dream, 26 Years, Forgotten, Rampant, and plenty of more.

As you already know, Netflix isn't a niche OTT platform. It's trying to bring just about any type of content available out there, which means you'll get plenty for your money. This is the reason why we think you're going to love its Kodi addon as well.

Netflix is available across the world - but it brings country-based versions that can be very limited in what they offer. To bypass this issue, you need to use a VPN to watch Netflix. Here are the best VPNs that unblock Netflix with ease in 2022 - with ExpressVPN taking the lead right now.

Next, we have something that's similar to our previous recommendation - but also very different at the same time. Called Viki, this is an OTT service owned by Rakuten, the company behind the popular Viber messenger app.

Realizing there's an opportunity to expand its presence, Rakuten made the right call and brought Viki to millions of users across the world. This is where you'll find Korean, Japanese, and Chinese movies, in addition to TV shows and other types of international content.

It's also worth noting that plenty of movies can be watched free of charge. However, if you're truly a fan of Korean movies, you'll want to check out the Viki Pass Plus subscription - which gets you access to plenty of exclusive titles.

Viki is available in plenty of countries. However, some of its titles are limited to individual markets only. To watch everything this streaming service has to offer, you'll want to check the best VPNs for media streaming (and those work with Kodi as well).

We are going to end our list of recommendations with YouTube. It might be surprising to see this online video platform here - but as you probably know, YouTube is the world's most popular video streaming service, after all.

As you can imagine, we're not talking about the latest blockbusters here. However, if you're into older Korean movies, YouTube can be your best ally.

You can find its addon in Kodi's official repository, capable of supporting your user account, syncing your favorites, and plenty more. We definitely recommend trying it out.

You might be surprised to know that YouTube isn't the same across the entire world. Users in certain regions have access to more titles, and this is quite prominent when it comes to Korean content. So, don't forget to check the best VPNs for YouTube (tested by our team).

How to Find & Install Korean Addons on Kodi?

We've decided to recommend Kodi addons that need to be downloaded from GitHub. With that said, you can learn how to install them by following these steps:

In case you'd like more detailed instructions for the above-described procedure, check our guides on installing Kodi addons from GitHub and ZIP files. The provided links will take you to step-by-step guides with screenshots.

You'll also want to learn how to install addons from Kodi's official repository, which comes in handy if you want to install all of the Korean Kodi addons recommended just above.

Just like it often happens with GitHub-based addons, you might encounter problems installing our recommended addons. Those problems can often be solved easily, as explained below.

If you need extra solutions to resolving problems with Kodi, know that our team has produced a comprehensive guide that'll answer all your needs. Here's our Kodi troubleshooting guide.

Which Korean Addons for Kodi No Longer Work - Or Have Shut Down Permanently?

It's true that we used to have a broader selection of Korean addons in the past. However, some of the previously most popular addons no longer work or have disappeared altogether, as you can see from the following list.

The addons mentioned above used to come from "unofficial" sources, which is the reason for their unreliability. We suggest avoiding those, and not only because their functionality might be limited. To learn more, keep on reading.

Which Illegal Korean Addons for Kodi Should You Avoid?

At the moment, you'll often find addons like Dramacool and IcDrama recommended online. However, make sure to avoid those at all costs - and here's why.

Both Dramacool and IcDrama are illegal to use in most countries. They bring the latest Korean movies and TV shows (free of charge), which makes them so enticing to use. However, they do that without having any licensing deals. So, we're talking about copyright infringement here.

Based on where you live, copyright infringement can be a criminal offense. Some countries are more aggressive towards digital pirates than others - but piracy is equally dangerous across the entire world. So, be smart and make sure to use Kodi legally.

Save yourself a lot of time by checking our list of the best Kodi addons. We made sure to include legal and safe-to-use options only, and we have around sixty recommendations for you.

That brings us to the end of our article on the best Korean Kodi addons in 2022. In case of any questions, don't hesitate to post your comment below. And, of course, make sure to stay on top of our latest Kodi-focused articles. Thanks for reading!