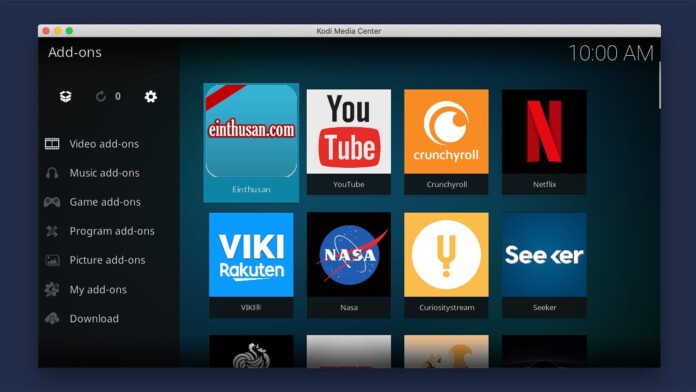 At the moment, your search for the best Bollywood Kodi addons will bring you a limited set of options. There aren't too many addons that offer that kind of content, especially if you want to use Kodi in a legal way. However, we're here to show you the best options you have in 2022.

As you're about to see, we've prepared three recommendations for you. So, not plenty - but still, you can combine those to get access to thousands of Bollywood movies - especially if you decide to invest in a subscription.

We'll also mention that you should be very careful about what you install on Kodi. Many other articles, especially those that rank high on Google, focus on addons that bring copyrighted content. Using those can get you in trouble (more about that later). So, make sure to stick to this guide, where we list Bollywood addons for Kodi that are legal and safe to use.

3 Reasons Why You Need a VPN for Bollywood Kodi Addons!

If you're looking to upgrade your experience of using Kodi, a VPN comes as a solution. Among the many benefits you'll get, you can count on the following:

With that said, pairing Kodi with a VPN lets you access more entertainment, as well as use pretty much any addon out there. To learn more, here are the best VPNs for Kodi. You'll also want to learn how to install a Kodi VPN.

After testing dozens of VPN services with Kodi, our team recommends subscribing to ExpressVPN, which comes as the most capable VPN available now. If you subscribe today, you can save up to 49% and you'll get 3 FREE MONTHS added to your subscription!

The Best Bollywood Kodi Addons in 2022

You're only minutes away from accessing a vault of Indian cinematography. Based on our hands-on testing, the following are the best Kodi Bollywood addons you'll find now.

Keep in mind that Einthusan isn't yet available for Kodi 19 or later. That means you can install it on Kodi 18 and older. We'll make sure to update this guide if and when a new version of Einthusan becomes available.

We simply have to mention Einthusan first - as this addon has one of the best libraries of Indian movies out there. More importantly, this streaming service has been around for a long time, and that gives us hope that we'll get to use this Kodi addon for a long time to come.

Upon opening Einthusan, you will be greeted by a list of different languages. Some of the available ones are Hindi, Telugu, Tamil, Punjabi, and others. No matter which language you pick, you will see different sorting options.

You'll get to browse recently released movies, currently popular titles, or search for a specific movie. As per our hands-on tests, there are no dead links, everything works flawlessly, and many movies come in HD.

We highly recommend using a VPN for Netflix if you're after Bollywood movies. That's how you can connect to a VPN server in India - which will force Netflix to show you hundreds of movies available in that country only.

Netflix might not be the best pick for older and classic Bollywood movies. However, we're sure that many of you are into newer movies coming from India. With that said, this media streaming service has positioned itself as an indispensable source of great content.

Therefore, we highly recommend using the Netflix Kodi addon, which comes from GitHub. That means we're not talking about an official addon made by Netflix's team. However, we do have the next best thing here - and equally useful as well.

Using this addon, you can log in to your Netflix account, browse the latest titles, check Netflix's entire library, and make sure you're on top of the latest content. The addon works great and without any issues whatsoever.

You might be surprised that we have decided to recommend YouTube as one of the best Bollywood Kodi addons. However, you should know that YouTube has an extensive library of free movies, which is why this addon is mentioned in this article.

As you might expect, YouTube won't get the latest commercial films. However, older Bollywood titles can be found often, as well as some independent movies. If that's your thing, you should definitely add YouTube to your Kodi.

Lastly, if you're not in India, make sure to use a VPN to get an Indian IP address. That's how you'll get access to hundreds of full-length movies, with new titles arriving daily. If you need more information, here are the best VPNs for YouTube.

What to Expect from Bollywood Kodi Addons?

When it comes to Bollywood Kodi addons, you can expect to find a huge list of movies that originate from India, in Hindi, Telugu, Tamil, and Malayalam, among other languages.

You can also expect to find both free (Einthusan and YouTube) as well as paid content libraries (Netflix) of Indian movies. So, no matter if you like to watch the action, adventure, romance, comedy, or horror movies - you'll find them all via our recommendations.

How to Find & Install Bollywood Addons on Kodi?

The majority of the addons recommended in this article come from GitHub. So, let's first go over the steps you need to take to install those on Kodi.

You should know that there are multiple ways to install Kodi addons from GitHub. So, use the provided link to get to additional installation methods, with helpful screenshots. You'll also want to check how to install addons for Kodi from ZIP files.

In general, installing Kodi addons shouldn't be a problem. However, errors might still appear, especially when installing addons from GitHub. With that said, here are several possible solutions that you'll want to try.

In case you want additional tips on troubleshooting Kodi, use the provided link. You'll be taken to our central guide, diving into several technical and performance issues with the application.

Which Bollywood Addons for Kodi No Longer Work or Have Shut Down?

In the past, we used to have access to a number of Bollywood Kodi addons. However, as you can see just below, many of the previously popular addons are no longer available.

Which Illegal Bollywood Kodi Addons Should You Avoid?

We strongly recommend avoiding Bollywood addons for Kodi such as Swa-desi, Deccan Delight, India4Movie, and TV on DESI ZONE - because they're illegal to use.

The same applies to all-in-one Kodi addons such as Exodus Redux, Swift, cCloud TV, The Crew, and Incursion, among others. All of those are unofficial addons, which aren't safe to use.

You can avoid wasting time on obsolete, illegal, and malicious addons by checking our overview of the 60+ best (safe and legal) Kodi addons. You'll also find our overviews of the best Kodi repositories and best skins for Kodi to be helpful.

That would be all we've prepared for you. We hope you've found our list of the best Kodi addons for Bollywood movies to be helpful. Lastly, make sure to check our latest Kodi articles for more tips and tricks. Thanks for reading!