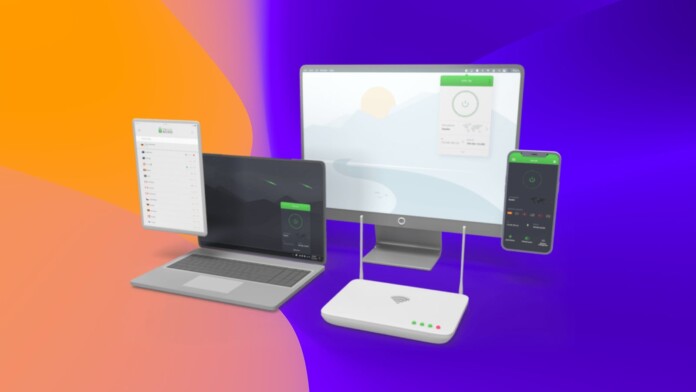 Private Internet Access is evolving its VPN service by unveiling new features every couple of months. With that said, if you plan on getting one of PIA’s long-term subscriptions, or if you’re already a subscriber, you’ll want to check its development path. Well, you’ve come to the right place! Let’s talk about what’s new in Private Internet Access.

PIA takes great pride in its no-logs privacy policy, which has been proven many times in the past. Apart from being subpoenaed and proving that it has no data to give, this VPN has also open-sourced its applications. However, PIA has now taken another step in its commitment to its subscribers by going through an independent audit.

Done by Deloitte, this latest audit concluded that PIA collects no personally identifiable information at any point. The VPN itself doesn't know your IP address, where you come from, or what you do online. It even doesn't use diagnostic logs, unlike most other VPNs.

Private Internet Access is among the VPNs with the highest number of servers, covering more than 80 countries in total. However, this US-based VPN service has just announced that its server network across the US has became even more expansive. More precisely, PIA now has servers across all 50 US states, through a combination of physical and virtual servers.

So, if you need an IP address from a specific US state, PIA is your best bet. Most other VPNs offer servers only in several US states or cities, which makes PIA's offer unique.

In a surprising move, the Indian government has introduced new legal obligations that order VPN companies to collect personally identifiable information about their users. As a result, most VPN companies have started to remove their India-based servers, which is the case with PIA as well. However, PIA remains loyal to its users in India by providing virtual locations instead.

That means you can still obtain an Indian IP address using a PIA server located elsewhere. And since it has no servers physically present in India, PIA is not under any obligation to collect any data about your online activity.

JUNE 2021 - PIA Unveils a Visual Refresh of Its Services

Private Internet Access has been on the market for 10+ years now, without a single change to its brand image. With that said, it doesn’t come as a surprise that PIA finally decided to enter a new era by adopting a new brand image. Aside from a refined interface of its apps, PIA now offers a modern website alongside a very attractive user dashboard.

Even though we never had a problem with PIA’s interface in the past (which was always quite modern and polished), we’re still happy to see the VPN trying to evolve its offer. The VPN has also become more proactive in informing its customers about privacy-focused developments and events, primarily via its blog.

Following in the footsteps of its sibling (we’re talking about CyberGhost VPN), Private Internet Access now offers dedicated IP addresses. This feature comes as an addition to your regular PIA subscription, priced at $5.00 per month. Also, you’ll get to pick a static IP associated with the United States, Germany, the United Kingdom, or Canada.

It’s worth mentioning that PIA and CyberGhost VPN use an identical system related to assigning static IP. That’s a token-based system, which means it’s up to you to activate your static IP (using your online dashboard). That way, the VPN won’t associate your static IP with your username, which should help you retain your complete anonymity.

PIA is one of the latest VPNs to have decided to implement the WireGuard protocol. This brand-new VPN protocol promises to overcome many of the limitations of other VPN protocols, including OpenVPN. It’s lightweight, fast, and incredibly secure.

Initially, PIA launched beta support for WireGuard back in March 2020. However, this protocol didn't take long to find its way to all of PIA's apps. More precisely, PIA’s implementation of WireGuard is available on Windows, macOS, and Linux, as well as on mobile platforms like iOS and Android. Even PIA's extensions for Chrome, Firefox, and Opera are based on the WireGuard protocol.

We’ll also mention that WireGuard can be found in Surfshark, TorGuard, NordVPN, and IVPN, among other VPN services. Check out the best VPNs with WireGuard support, and also make sure to learn more about other VPN protocols as well.

One of the latest significant additions to this VPN is its 'Next Generation Network' of VPN servers. Also known as 'Gen4,' this brand-new infrastructure brings plenty of improvements. It mainly enhances the speeds and reliability of PIA's servers while offering enhanced security.

PIA's 'Next Gen' servers have been redesigned from the ground up to utilize more powerful hardware components. With that said, you can expect PIA's servers to use 10Gbps network cards (as opposed to 1Gbps network cards used by most VPNs today). Aside from that, PIA's servers use no hard drives and store their data onto RAM disks, protecting your privacy.

In February 2020, PIA decided to open-source its Android app, becoming one of the rare VPNs to open-source all of its clients. This process started in 2018, so it took around two years for PIA to open its code to third-party inspection completely.

This was a highly important move, especially in the context of proving PIA’s commitment to privacy and transparency. Of course, we never had any reason not to trust PIA, as this VPN proved many times over that it cares about its subscribers.

To make that happen, PIA had to update their 'Terms of Service' legal document, which now explicitly mentions the newly introduced 30-day refund policy, which comes with no questions asked. To cancel your PIA subscription and get a refund, open a customer support ticket using PIA's website and ask for a refund.

All of the previously mentioned VPNs remain trustworthy, and they all managed to evolve their offer under Kape’s ownership. With that said, even though Private Internet Access is no longer an independent VPN, it respects its privacy policy and promises no data logging. Until proven otherwise, PIA remains one of the VPNs that we strongly recommend.

What's your opinion on Private Internet Access? Are you already a subscriber, or do you plan to become one? Let us know via the comments section below. And lastly, thanks for reading!