People Are Hacking Their Laptops to Unlock Their Full Potential 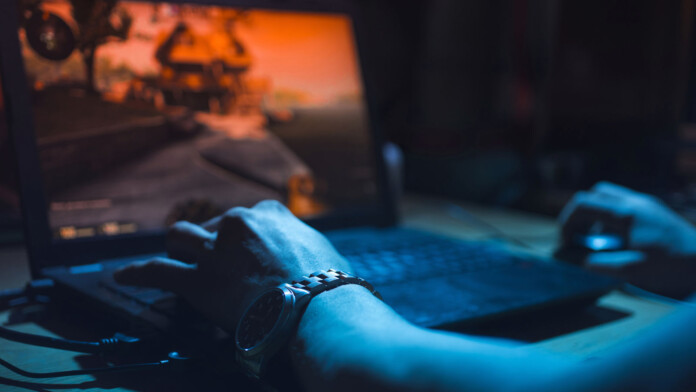 Owners of laptops that sport NVIDIA’s latest RTX 3080 GPUs have found a way to unlock their devices' full potential and get an amazing performance bump in AAA titles. Apparently, the wattage limitations imposed by the laptop vendors are too restrictive "for no good reason," as those can be pushed way higher without deviating from what would constitute a safe thermal range.

Those first brave owners are fiddling with the vBios file, actually replacing it with the one found in higher-spec laptops that use the same RTX 3080 but with more “aggressive” settings. So essentially, the laptops are tricked to send more power to the graphics card just like that, and users get to benefit from up to 20% of better performance. This is totally free and fairly easy to do, so there’s a rising wave of users who are manually replacing their BIOS configuration files to get the performance bump.

The obvious downside to the higher power setting is greater battery drain, but if you’re at home and your laptop runs on power that comes right from the wall outlet, this is nothing to worry about. What remains an issue is the temperature, as many of these laptops don’t have the cooling system to match these wattages, especially at sustained loads and long gaming sessions. Light and thin laptop chassis can dissipate only as much heat before they start to feel like a frying pan in your lap, and we shouldn't forget that Lithium cells don’t like heat either.

Users report that thermals are in check as well, though, and PCGamer has confirmed that taking a ROG Zephyrus Duo 15” from 115W to 150W results in around 72 Celsius temperatures. This is an absolutely acceptable range, so for some laptops, this trick is really working without risking them. However, there’s no possible way to know what your thermal headroom is, so tweaking it to get higher wattages isn’t recommended.

In the end, the PSU may not have the rating to cover that extra power demand, and it may cut from elsewhere, like the CPU, so the overall performance may actually degrade as you will essentially just be shifting the bottleneck on a different point. Even if it all seems to work fine at first, continuous use of the device on out-of-spec configuration could cause premature failures on crucial (and expensive) components.