Should I Use a VPN When Torrenting? 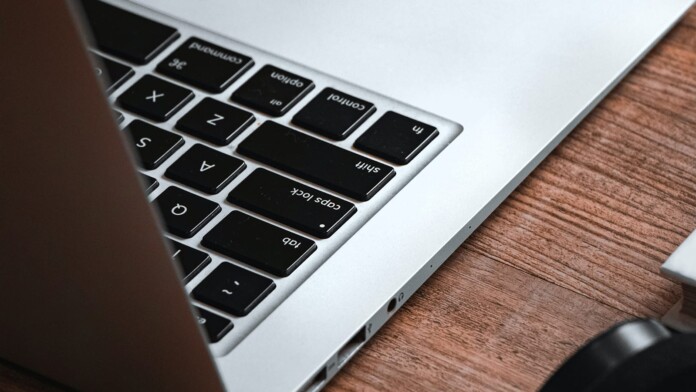 In almost any guide to downloading torrents, you’ll read that using a VPN is mandatory no matter what kinds of P2P files you plan to download. We have to say that we agree with those statements, as it’s imperative to secure and hide your P2P traffic data. So, if you’ve been wondering whether you should use a VPN when torrenting – the answer is yes!

However, it’s crucial to understand how VPNs work and what kinds of data VPNs hide. So, instead of just advising you to use a VPN, we'll go much deeper, providing a comprehensive answer to the question of should I use a VPN when torrenting?

Finally, let’s get to the point. Here are the 5 biggest reasons why using a VPN is mandatory if you plan on downloading torrents.

Without any doubt, the biggest problem of the P2P world is its legality. More precisely, we’re sure that your biggest fear is getting a copyright infringement notice, which is typically accompanied by a hefty fine.

Of course, some ISPs (Internet Service Providers) are more aggressive than others in their search for digital pirates. However, you should also be worried about copyright trolls, which are companies and individuals who earn by exposing pirates and taking them to court.

Well, that’s precisely where VPNs come into play, as they’re designed to hide your IP address (and that especially applies to hiding your torrent IP). However, know that VPNs also do more than that, as they encrypt your Web data. Therefore, we’re talking about digital tools here that anonymize everything you do online, making it impossible for anyone to track you on the Web.

We hope you’re aware of the dangers that P2P files bring, with malware being one of the biggest reasons for concern. There are millions of fake torrents out there, with malicious code injected that can easily infect your device.

Of course, nothing can replace using a powerful antivirus, which comes as your best bet in protecting you against malware. Still, VPNs are surprisingly effective in battling malware as well, especially when it comes to stopping their propagation. To learn more here’s what does a VPN protects you from exactly.

One of the "side effects" of using a VPN is routing your Web data through secure tunnels. That applies both to your regular and P2P data. Due to that setup, malicious actors will have a much harder time reaching your device and extracting sensitive data. You can learn more about that in our guide explaining whether VPNs can be hacked.

It’s a well-known fact that ISPs throttle certain online activities to preserve their infrastructure (or because they charge extra for streaming or online gaming). If you’ve been experiencing slow speeds when downloading torrents, your ISP could be the reason for that.

So, could a VPN unblock the full speed of your Web connection? Yes, absolutely! By breaking down your P2P data into small packets, VPNs make it impossible for your ISP to see your P2P activities. Therefore, selective throttling won’t be a concern anymore. And also, the same applies to media streaming or any other bandwidth-hungry online activity.

On the other hand, know that VPNs could also make your Web connection a bit slower. That’s why it’s crucial to learn a thing or two about VPNs and their proper use. With that said, here’s how much a VPN will slow you down, as well as how to speed up any VPN.

Everything we said so far revolves around the same thing – and yes, we're talking about VPNs' ability to hide your online activities. That's because that particular benefit of using a VPN could not be highlighted enough, so you need to be aware of what it means exactly.

Since we're talking about whether you should use a VPN when torrenting, know that the P2P world thrives on "exploiting" private data. When downloading any torrent, you actually both download and upload data simultaneously. In other words, your device connects to numerous other devices (which is an automated background process), taking bits of data and upload bits of data. And also, you can't really control that flow of data.

That's the reason why almost every torrent client lets you check the IP addresses of other users. Therefore, if you want to download torrents anonymously and without appearing on anyone’s radar, using a VPN is the only way to go.

Reason #5: VPNs Are Used for More Than Torrenting

And lastly, know that VPNs aren’t only suitable for torrenting. There are many benefits to using a VPN, and that extends to various types of online activities such as Internet browsing, sharing files online, media streaming, gaming, and more.

For example, a VPN lets you secure any public Wi-Fi network (or any hotel Wi-Fi), so you can put an end to malicious data logging. Then, you can use them to unblock any streaming service – even those that aren't typically available in your country. And if you like to stream sports matches, a VPN helps you bypass blackout restrictions.

Finally, the big question is – which VPN should you pick? Well, based on our hands-on testing and extensive experience, we highly recommend ExpressVPN. To expand your options, here’s our list of the best VPNs for torrenting, which we produced after testing more than 60 VPN services.

So, should you use a VPN for torrenting? Yes – absolutely! With that said, we’ve done our best to highlight the 5 most prominent reasons, but if you have any questions or doubts, don’t hesitate to post your comment below. Thanks for reading!