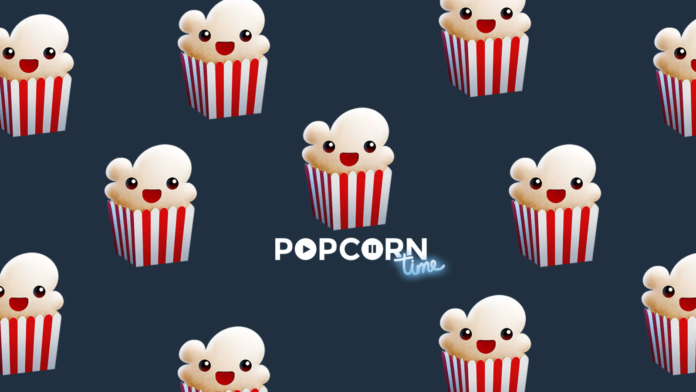 It’s perfectly legal to use Popcorn Time to watch movies and TV shows for free in countries like Spain and Switzerland as long as there is no intent to profit off downloaded files. Not so much everywhere else, though. Popcorn Time is essentially a torrenting client, so you need to take steps to protect yourself from potential copyright trolling. The best way to do so is to use one of our recommended VPNs for Popcorn Time.

VPNs basically hide your IP address and encrypt your traffic, so ISPs have no idea what you’re up to online. This should keep you safe from anyone else eavesdropping on your connection as well, such as hackers on unsecured public Wi-Fi.

After testing out dozens of different VPN providers, we’ve concluded that these are the best VPNs for Popcorn Time in 2021.

ExpressVPN has pretty much everything you need to start streaming Popcorn Time safely. Its OpenVPN 256-bit encryption protocol will keep you safe from pretty much every threat out there. Meanwhile, using their fresh new Lightway protocol should provide sufficient protection from copyright trolls while delivering a smoother streaming experience.

The app is available for all major platforms (Windows, macOS, Android, Linux, and more), and its design is fully user-friendly. Just one tap or double-click, and you’re connected to a server optimized for your location. Take advantage of the built-in split tunneling feature, so only Popcorn Time uses the VPN tunnel. This lets your ISP’s servers take care of other network-based apps, thus increasing your streaming speeds somewhat.

We could only think of a single downside to ExpressVPN’s service, and that is the fact that they only allow you to connect five devices on a single subscription. Of course, that should be enough if you live in a household light on gadgets.

Moreover, you can always install ExpressVPN on a VPN router to secure all your network-capable devices, even ones that aren’t compatible with VPNs by default. Read more about it and the overall service in our full ExpressVPN review.

VPNs tend to slow down your network speeds to a certain degree, which isn’t ideal when you’re trying to stream content on Popcorn time. Thankfully, NordVPN’s servers have topped the charts in the AV-Test speed tests. Their lightning-fast network of over 5,000 servers should guarantee excellent streaming speeds, no matter where you’re located. Not to mention their NordLynx protocol should deliver a more lightweight experience than the OpenVPN default.

If you’re more worried about security and keeping your Popcorn Time activity hidden, then NordVPN has you covered. Use their double VPN feature to encapsulate your network traffic in two layers of encryption, as well as to route all data through two servers. All this ensures that none of your online activity can be traced back to your location. Obviously, this will take a larger toll on your network speeds, so keep that in mind.

Aside from double VPN, NordVPN features a useful kill switch. In case your device disconnects from the VPN for any reason, the kill switch will turn off your Internet connection. This prevents your data from leaking to your ISP and potentially getting you in trouble.

Feel free to check out more of NordVPN’s features in our complete review.

CyberGhost VPN is a Romanian-based VPN, a country known for its lax attitude towards torrenting for personal uses. Naturally, Popcorn Time is no exception. Even better news is that a majority of CyberGhost VPN’s 7,000+ servers are P2P-friendly. In other words, they’re optimized for torrenting applications like Popcorn Time, uTorrent, and others.

What about the provider’s security? Well, you’ll be happy to know that they have a robust no-logs policy in place. In other words, they never store any data about your online activity anywhere on their servers. This is true of all providers on this list, but CyberGhost VPN goes above and beyond by providing quarterly transparency reports as well.

As expected, their app includes a kill switch to ensure your ISP’s never catches wind of your Popcorn Time traffic. It even has a built-in ad-blocker to get rid of annoying advertising on the web. The feature also keeps you safe from potential malware or phishing domains, which is a huge plus.

Take a look at our CyberGhost review for more details on their service and other features you may find relevant.

Surfshark allows you to connect an unlimited number of devices to a single account. Amazing news for those of you with a bunch of streaming-capable devices laying around. Switch between streaming Popcorn Time on your desktop PC, notebook, smartphone, or tablet without skipping a beat. Have friends that also use Popcorn Time? Get them on board and split the cost of a single subscription.

Performance-wise, Surfshark has decent speeds, although it’s outclassed by services like ExpressVPN and NordVPN. Still, they’re a newer service, so we have no doubt that they’ll expand and upgrade their server offering. At the very least, their entire server network is P2P-friendly, so that’s good news for Popcorn Time and torrent users. Split tunneling is included (“Whitelister”) if you need that little bit of extra streaming speed.

As for security, Surfshark has all the features we’d expect from a top-class VPN. Complete leak protection, strong encryption, and a kill switch all work to protect your data from ISP snooping and run-of-the-mill hackers.

As always, check out our Surfshark review if you’d like to learn more.

If you’re streaming content on Popcorn Time, you’re probably looking for a way to spend as little as possible on entertainment. In that case, Ivacy is the VPN for you. With up to 90% savings on their longest subscriptions, you’re getting a decent VPN experience that won’t break the bank.

Despite their affordability, Ivacy doesn’t skimp out on security. Their service features a strict no-logging policy, 256-bit AES encryption, leak protection, and even a kill switch. However, we have to detract points for including the latter only on Windows and Android. Mac and Linux users should stick to other providers, especially in areas with an increased risk of copyright trolling (such as the US, Sweden, and so on).

While their speeds are nothing to write home about, their cheap price point more than makes up for it. Check out our full Ivacy review to get an idea about what to expect from their service, performance, and likewise.

PIA’s no-logs policy has been proven in court twice before. As such, you definitely don’t need to worry about your online activity being logged while using their service. And fortunately, all their compatible apps include a kill switch to prevent any unwanted leaks to your ISP.

What makes PIA great for use in the US? Well, it’s the fact that most of their huge server network is located within the country, so there is no need to worry about running into congestion problems – which is the last thing you need when streaming with Popcorn Time. Of course, their server network comprises 78 countries in total, so international users are free to try out their service.

Be sure to check out our full PIA review for more in-depth coverage of the provider.

As you're surely aware by now, your iPhone 13 comes with solid authentication measures. So, if you use a passcode or Face...
Read more
TechNews