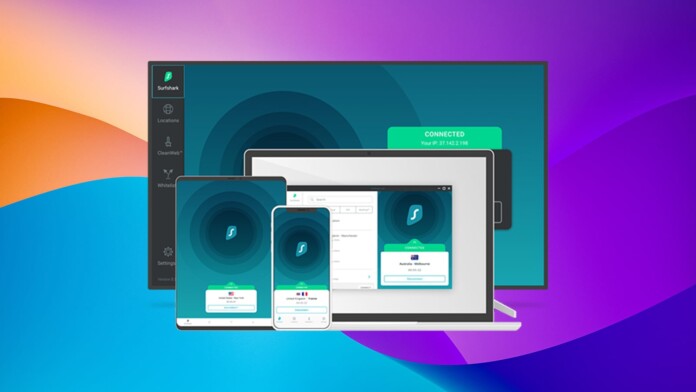 Surfshark is one of the youngest VPNs on the market, but that doesn’t stop it from innovating at a rapid pace. During the last two years, this VPN has been bringing new features on a regular basis, making its offer more valuable over time. With that said, if you're interested in subscribing or if you already use this VPN, you'll want to know what's new in Surfshark VPN.

This article brings you an overview of Surfshark’s recent updates, new features, and other types of developments. However, if you want to learn more about this VPN, you should also check our in-depth Surfshark VPN review.

AUGUST 2021 – Surfshark's Antivirus Becomes Part of the 'Surfshark One' Bundle

Surfshark has recently expanded its offer to include tools that go beyond what any typical VPN can do. More precisely, we’re talking about a subscription add-on called 'Surfshark One,' which now comes with an antivirus, is available on Windows, Android, and is soon to arrive on macOS.

Surfshark’s Antivirus works in real-time, protecting you against malware, viruses, and privacy-intrusive apps. Aside from that, the 'Surfshark One' bundle includes a tool for monitoring your personal data for online breaches (Surfshark Alert) and a privacy-friendly search engine (Surfshark Search). This add-on comes priced at $1.49/month.

In case you own an M1-powered Mac, know that Surfshark now brings a fully compatible app that makes connecting to VPN servers faster than ever before. It’s interesting to note that Surfshark is one of the first VPNs to become fully compatible with Apple’s ARM chips, which is a good indication of Surfshark’s commitment to refining its offer.

Also, know that no matter if you have an Intel or M1 Mac, Surfshark's installation file brings the required binaries for both of those types of processors. That means you don't have to worry about downloading a specific version of the VPN, as everything you need is already available via Mac's App Store or Surfshark's website.

Following VPNs such as TorGuard, NordVPN, Private Internet Access, and IVPN (among others), Surfshark is the latest VPN service to implement WireGuard, a brand-new and highly promising VPN protocol.

Compared to OpenVPN, the VPN's industry-standard, WireGuard is more lightweight, performs faster, and gives you high-end privacy for your data. It certainly shows a lot of promise, and we're happy to see Surfshark taking this leap.

As a way to preserve the privacy of its subscribers, Surfshark has decided to eliminate the use of hard drives from its data centers. That means Surfshark’s servers now run on RAM, pushing this VPN one step ahead of its competition (we’d like to mention that ExpressVPN offers this same feature as well).

This transition means that no information can be physically taken from Surfshark’s servers. On top of that, removing any traces of any kind of information is now done easily.

If you want to unblock websites in a country where the Internet might be heavily regulated, Surfshark offers a solution. There’s now a new app made by this VPN (called 'DNS Changer - Trust DNS'), available free of charge for iOS users, as well as for Android devices.

This app lets you change your DNS server, making sure your data requests are private. You get to block ads along the way in addition to protecting yourself from malware. However, keep in mind that 'DNS Changer' isn’t a replacement for a VPN.

For the most part, VPNs help you unblock just about any digital service. However, certain digital platforms are close to impossible to unblock, as they rely on checking your GPS data (which is typically very hard to hide).

In December 2019, Surfshark came up with an ingenious feature that lets you override your GPS coordinates and prevent apps from tracking you in the background. However, keep in mind that this feature is available on Android only and requires you to perform deep system-level changes. Therefore, it’s designed for more advanced users.

What’s your opinion about Surfshark? What do you think about its latest features? Make sure to let us know via the comments section below. And lastly, thank you for reading!