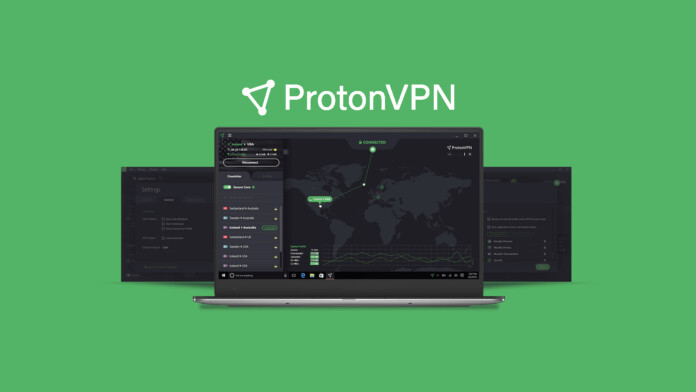 No matter if you want to spend your money on ProtonVPN or if you already subscribe, know that you’ve come to the right place. In this article, we’ll go over the most critical ProtonVPN updates and developments that have happened recently. As you’re about to see, this VPN is quick to evolve, bringing new features every couple of months. So, let's dive right in!

This article focuses on listing and briefly explaining ProtonVPN’s latest updates and new features, letting you stay on top of what’s new. However, if you need a deeper look into everything this VPN offers, make sure to check our ProtonVPN review.

During the last year, we’ve seen a number of high-profile VPNs adopt the WireGuard protocol, which comes with many promises. With that said, following the steps of Surfshark, TorGuard, NordVPN, and Private Internet Access, ProtonVPN is the latest VPN service to focus on this all-new protocol.

As per ProtonVPN’s explanation, WireGuard brings faster-than-ever speeds, even when using highly remote VPN servers. Also, this protocol reduces the CPU load required to process it, which results in a performance boost and longer battery life (when using it on a smartphone, tablet, or laptop).

WireGuard is already available for all ProtonVPN users on Windows, macOS, Android (including Android TV), iOS, and iPadOS. It comes with no extra charge, and it’s fully compatible with other ProtonVPN features (Secure Core servers, ad-blocking, IPv6 leak protection, and more).

Over the last couple of years, ProtonVPN has been working on reaching new territories. It started out with a relatively small network, which is now present in 61 countries. The latest countries added to this VPN’s network are - the Philippines, Vietnam, Cambodia, Egypt, and Nigeria. Georgia will become available very soon as well.

It’s worth noting that ProtonVPN uses virtual servers in several countries as a way to minimize the risk associated with having servers in more sensitive locations. With that said, keep in mind that this VPN’s servers associated with the Philippines, Vietnam, and Cambodia are actually found in Singapore.

Lastly, keep in mind that ProtonVPN has several subscription tiers, giving you access to different types of server networks. If you want access to the entire network, you need to subscribe to this VPN’s 'Plus' plan.

One of the strongest sides of ProtonVPN is its effort to innovate. With that said, know that a highly interesting and innovative feature launched in July 2021, called 'VPN Accelerator.' This is a group of technologies designed to optimize how your Web data is transferred via ProtonVPN’s servers, promising up to 400% faster performance.

Keep in mind that 'VPN Accelerator' is primarily designed for long-distance connections. It also works with WireGuard, OpenVPN, and IKEv2, and it’s already available across all of ProtonVPN’s supported devices. To learn more, head over to our news piece on ProtonVPN’s VPN Accelerator.

In January 2021, ProtonVPN introduced a set of highly interesting features grouped under an all-new tool called 'NetShield.' This tool comes with two additional layers of protection, with the first level preventing your Web browser from accessing potentially dangerous resources. Yes, we’re talking about malware, spyware, and other malicious software.

Then, the second layer is designed to block ads and digital trackers. ProtonVPN now comes with its own ad-blocker, creating a much safer and private Web browsing experience. Lastly, keep in mind that 'NetShield' is available on Android, iOS/iPadOS, macOS, Windows, and Linux.

As you can imagine, ProtonVPN’s Android TV app is oriented toward unblocking streaming services, bringing a highly polished and modern design. Of course, ProtonVPN didn’t forget about privacy-protecting features, including DNS and IPv6 leak protection.

The newly launched Android TV app is available on devices running Android 5 and above. If you have a free account, you can connect to three countries (the USA, the Netherlands, and Japan). However, users of ProtonVPN’s Plus and Visionary plans will reap all of the app’s benefits, including servers optimized for media streaming platforms.

Even though it doesn't have the most extensive server network, ProtonVPN comes with strategically placed servers, focusing on countries where digital privacy is at risk. With that said, ProtonVPN reached new countries in August 2020, setting up servers in Chile, Colombia, and Peru. Each of those countries received eight new VPN servers.

Besides helping its subscribers from Chile, Colombia, and Peru to access new servers, this VPN now allows everyone to get IP addresses associated with those countries. Lastly, keep in mind that this latest group of servers is only available for those using ProtonVPN’s paid plans.

Numerous VPN services claim not to collect personal data. However, we’ve seen many times before that VPNs can turn against their subscribers when pushed hard enough. That’s why we highly recommend going for a true no-logs VPN – which must have some kind of proof of its claims.

In January 2020, ProtonVPN decided to become as transparent as possible. Aside from making its software open-source, it also went through an independent audit. This was the VPN’s chance to show that it doesn’t collect any personal data – which turned out to be true.

So, what do you think about ProtonVPN? If you’re already a subscriber, make sure to share your thoughts below. And finally, thank you for reading!