How Many Servers Does ProtonVPN Have? 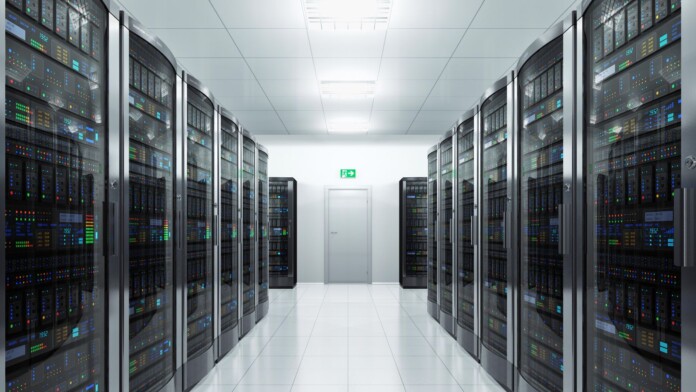 At the moment, ProtonVPN only offers servers in 1,421 locations across 61 countries. That's significantly less than most premium providers that typically aim for over 1,000 different servers in the wild. However, ProtonVPN is scaling its server network rapidly, and we think it's just a matter of time before they reach the unofficial standard number of 2,000+ servers maintained by other top VPN providers.

So, in terms of pure numbers, ProtonVPN is not (yet) competitive. What it excels at, however, is its features - privacy and security are where it outperforms practically all other services. Every nation listed offers at least one Secure Core server option, which is the company's version of double VPN capabilities. This is something that no other VPN does. If you're concerned about remaining anonymous online, here is the server list for you.

ProtonVPN offers servers in many countries, and the tables below list the current ProtonVPN servers by region, nation, and city. When a location provides any of the above-mentioned specialist server types, it is noted as such.

There are supported server types and the overall number of servers for each city of a country.

The server distribution in North America is as given below:

The server distribution in Europe is:

The server distribution in Oceania is as given below:

The server distribution in Asia is as given below:

The server distribution in Central America is as given below:

The ProtonVPN server distribution in South America is as given below:

The server distribution in Africa is:

ProtonVPN has a wide range of servers located in several countries around the world. How each server type differs from the others and the best use cases are discussed below.

Secure Core servers route network traffic through servers in privacy-friendly countries like Switzerland or Iceland for superior privacy and security. ProtonVPN maintains 100% ownership over all Secure Core servers, and they are located in Switzerland and Sweden, which help protect user data against government snooping.

ProtonVPN Plus users get access to the Plus servers, which are fully featured. The Plus servers have special functionalities that are not available on all the servers. These features include:

ProtonVPN Basic plan users have access to 408 servers in 40+ countries. Some of these servers support peer-to-peer filesharing but aren't in a position to provide the other premium features available in the ProtonVPN Plus package.

ProtonVPN is the only free VPN service that respects your online privacy. Unlike other tools' free servers that are blocked by firewalls, or that lose connection at any moment making you lose your progress, or that simply do not work at all, ProtonVPN's Free VPN servers are stable and always available.

Why Does ProtonVPN Have Bare-Metal Servers?

This VPN service only uses bare-metal servers controlled by ProtonVPN in all countries where they are present. Using a bare-metal server rather than a virtual server means that the hardware is dedicated solely to ProtonVPN, giving them a higher degree of control over their infrastructure and improving security in many respects. This policy will continue in unfriendly jurisdictions with the goal of adding another layer of protection from intelligence agencies attempting to compromise their data centers.

Why Do ProtonVPN Servers Get Removed?

Frequently, you may find that a ProtonVPN server has been retired. ProtonVPN's servers are backed up and regularly upgraded to ensure top performance, increased security, and stability.

These upgrades mean a select few of their servers will need to be refurbished from time to time, ensuring these high standards continue for all users to enjoy. They also make sure to remove any under-performing VPN servers from specific locations or those which don't meet their requirements or exceed their stringent safety measures surrounding speed and reliability at a given area before replacing them with newer installations.

ProtonVPN aims to treat all of its users equally. While paid users have access to more features, it ensures that everyone gets the same amount of privacy and security when it comes down to it. Whether you decide to upgrade or remain on the free plan with ProtonVPN, you are guaranteed nothing less than best-in-class protection with powerful encryption settings applied automatically across all platforms.

The ProtonVPN free plan doesn't have a time limit (you can use it as long as you want), and they do not sell your data, unlike some other free VPN services. ProtonVPN has 23 free servers in 3 countries (Japan, Netherlands, and the US), available for users of the Free plan. The Free VPN servers do not throttle your speed but also do not support any of the advanced features. It is best suited for light web browsing or streaming.

What Is a Server Load in ProtonVPN?

ProtonVPN Speed Limits ProtonVPN has no bandwidth caps. However, traffic speeds do differ between Free, Basic, and Plus servers due to varying server loads. A low server load means a faster connection – the closer the number is to 100%, the more users are connected to that server at a given time and / or using them for heavy traffic. This metric is updated regularly and showed with percentages and colors in native ProtonVPN applications.

The fastest connection can be established by connecting to a lower-loaded server – those lower than 50% have few users or aren't used for downloading files or torrenting at that specific moment of time.

What Do the Percentages Next to the Server Load Mean?

The percentages show you exactly how much demand is on that specific VPN server, with 0% as the ideal situation (meaning you will achieve maximum speeds, as all of your ISP connection speed will be available for your VPN). The higher the percentage, the more the server is nearing full capacity and has more work to do before it can send data to you.

For example, if your ISP speed falls below 50Mbps and there is a 10% load on a particular VPN server, it's unlikely that you'll really notice a difference between either 60% and 90%.

What Colours Are Displayed Next to the Server Load?

ProtonVPN has created a three-color system to illustrate a server's load. They will give you an immediate indication of which servers can deal with high traffic levels, and therefore allow you to make the best connection decisions every time - by comparing capacity, color, and placement.

– GREEN (1-49%): The server load on this server is minimal. In general, green servers will give the highest connection speeds.

– YELLOW (50-89%): The server load on this server is medium. Because ProtonVPN servers are extremely fast, the servers in yellow should also give enough connection speed.

– RED (90-100%): This server is currently overburdened. If your ISP connection has a high speed, you should avoid these servers since they will be unable to rise up to the ISP potential.

ProtonVPN has already well exceeded our expectations regarding security and performance, and we are confident that it will continue to increase the number of servers to meet demand. While it may not have as many servers as the competition just yet, this tool's speeds are still excellent, especially for European locations.

If security and privacy are your main concerns when choosing a VPN, we're confident that ProtonVPN is the right choice for you. It offers robust encryption standards and has an open-source client with a kill switch to ensure your online activity remains protected at all times. If you want to learn more about how it stacks up against other leading providers, check out our complete review of ProtonVPN.