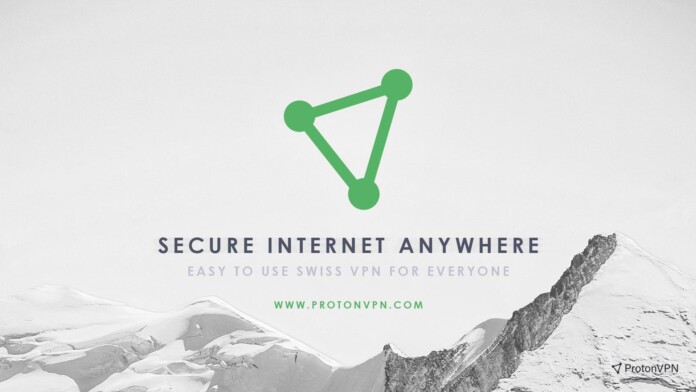 ProtonVPN is one of the world's largest VPN networks, with over 2.5 million users. It is a free VPN service (offering premium tiers as well) developed by the team behind ProtonMail (Proton Technologies AG), a highly respectable encrypted email provider. They are headquartered in Switzerland, subject to a broad range of stringent personal data protection laws. This VPN service is used by journalists, activists, and just about anyone who values their privacy.

This advanced VPN service leverages the power of adaptive algorithms to provide users with the best possible online experience protecting their IP address and preserving their privacy. You can access its secure network from anywhere, with any device, freely, including mobile devices.

In this article, we'll help you figure out whether this VPN is worth your time and money by discussing its key specifications. Specifically, we'll cover ProtonVPN's features to help you decide whether it could be the right option for you.

ProtonVPN is one of the best VPNs in the market for both security and privacy. Let's take a look at its features to understand it better. Read review for more info.

The good news is that ProtonVPN is one of such providers that offer a variety of service bundles. When it comes to this VPN, you can choose and pay for the services you require while ignoring those you do not.

ProtonVPN has a mid-sized network of 1,432 servers spread across 61 countries. These are all actual bare-metal servers with physical locations (as opposed to being virtual) along with some free VPN servers. That means no matter where you join from, there is always a high-bandwidth server nearby, ensuring a low-latency connection for optimal performance.

Western Europe, North America, and South America are all strongholds of ProtonVPN. The most popular destinations, such as the United States, the United Kingdom, and Canada, are all accessible, as are some alternatives in each of the other continents. In Asia, customers may access Hong Kong, India, Israel, Japan, South Korea, and Singapore. It also has many servers in Australia and Africa.

Once you start to use ProtonVPN, you'll be notified about each server's relative load before you connect, which is defined by the number of people connected to it and the intensity of their activity. This feature allows you to connect to a VPN server with the least amount of congestion possible, resulting in the best speeds.

Due to variable server loads, speeds vary across the Free, Basic, and Plus subscriptions. Since ProtonVPN only provides a limited number of free servers, such servers tend to have a higher number of users, resulting in lower performance as compared to the other plans.

Fast connections are available to ProtonVPN Basic members since they have access to servers that are not available to free users and are linked to higher-performance networks.

Finally, because Plus servers are exclusively accessible to Plus subscribers, ProtonVPN Plus users get access to the best connections. Because there are fewer Plus users and many Plus servers are connected to 10 Gbps networks, extremely high performance is feasible. Depending on network circumstances, your real speeds may vary.

Streamers will benefit greatly from ProtonVPN. As per our team's testing, it was successful in unblocking Netflix, Disney+, and Prime Video, which is a feat only the top VPN companies can manage. In addition, unblocking Hulu and BBC iPlayer is possible only on some occasions.

However, as previously noted, ProtonVPN's performance varies depending on whether you have Proton VPN's free or paid plan. You can stream Netflix with ease if you pick the Plus subscription. However, with the Free and Basic packages, you won't be able to unblock Netflix or any other streaming service.

Your Internet connection is secured when you use ProtonVPN to access the Web. ProtonVPN's robust security measures ensure that an attacker cannot eavesdrop on your connection by passing it through encrypted tunnels. Here's a more detailed description of the VPN's security-focused features.

OpenVPN, IKEv2/IPSec, and WireGuard are the three major VPN protocols supported by ProtonVPN. A VPN protocol, often known as a "tunneling protocol," is a collection of instructions that your device uses to establish a secure encrypted connection between your computer and another computer. There are no PPTP or L2TP/IPSec locations available.

OpenVPN is a versatile tunneling protocol. Where most other protocols rely heavily on security, OpenVPN takes a different approach. It's based mostly on speed since it was initially designed for older types of Web connections. That means that today, you can count on both high-end security features and relatively fast speeds.

OpenVPN uses SSL/TLS to establish secure connections and then applies OpenSSL encapsulation to protect the payload data. The benefit of this approach is that OpenVPN can include TLS features like compression provided by TLS record layer headers, which enable it to control bandwidth usage.

It has no known vulnerabilities and provides Perfect Forward Secrecy. OpenVPN is available in all ProtonVPN apps for all platforms (Windows, macOS, Android, iOS/iPadOS, and Linux).

Internet key exchange version two (IKEv2) is a crucial part of the IPSec suite used to establish a secure communication channel between your device and a VPN server. Also referred to as an "Internet security protocol," it authenticates your device by securing a connection that allows for encrypted data transfer integrity and privacy.

In fact, when it comes to IKEv2, there are multiple protocols making sure that the encryption keys match up with those on the receiving end, providing an effective way around network censors.

IKEv2/IPSec is one of the most extensively used VPN software options owing to its speed and security. IKEv2/IPSec is used by ProtonVPN, which is an open-source protocol.

Windows 7 and subsequent versions, macOS 10.11 and later versions, and most mobile operating systems all support IKEv2/IPSec.

It automatically enhances security with Perfect Forward Secrecy. Another way it improves over traditional VPN protocols is by having packets sent peer by peer without being acknowledged by the central server.

As such, WireGuard is incredibly fast, capable of letting you connect to servers instantly, and it's also lightweight (which is especially useful when it comes to mobile devices). And lastly, this protocol is currently supported by ProtonVPN on Windows, macOS, Android, and iOS/iPadOS.

Secure Core is a feature of ProtonVPN that increases user privacy and data security by reducing the risks associated with a hacked VPN server.

Compromising a server that handles VPN traffic is a typical way to expose VPN traffic. Servers in high-risk nations are particularly vulnerable to this threat. ProtonVPN provides Secure Core servers to help reduce this threat.

By routing user traffic via more than a single server, Secure Core protects your privacy from this type of cyber-attack. When you connect to a server in a higher-risk country, your traffic is routed via the Secure Core servers first. As a result, malicious actors will only be able to track the traffic back to the edge of the Secure Core network, making it far more challenging to detect ProtonVPN customers' "true" IP addresses and location.

A VPN kill switch is a safety feature that protects your IP address if your connection to a ProtonVPN server is lost suddenly. A kill switch disables all external network traffic to and from your device if the VPN connection is lost until it is automatically re-established to the same VPN server.

So while you won't be able to access the Internet until ProtonVPN reconnects, your IP and DNS queries will remain private. On macOS, Windows, Linux, and iOS/iPadOS (beta), a kill switch is given to all ProtonVPN users. Newer versions of Android now offer a built-in kill switch.

If you disconnect from a VPN server on purpose, a standard kill switch will not protect you. However, the functionality protects you when using ProtonVPN to swap servers.

A permanent kill switch is also included in ProtonVPN's Windows and Linux programs. This not only protects you if you get disconnected from a server but also prohibits you from using the Internet without the VPN switched on, and it stays on even if you shut down and restart your computer.

Tor (The Onion Router) is a type of network that hides your identity by routing your data across many servers. Those servers are managed by volunteers from all across the world.

NetShield employs DNS security to anonymize your data by preventing invasive companies from tracking what you browse on the Web.

It works by comparing every website's and app's (used by you) domain requests to a database of domains known to hold malware, advertisements, or trackers. ProtonVPN's DNS server protects your device by preventing the flagged resource from loading when it detects a match. This feature also stops your device from loading unwanted Internet material, such as ads and trackers.

Also, you have control over what NetShield blocks. Select the amount of security you want by blocking only malware, adverts, trackers, or turning NetShield off completely.

ProtonVPN is based in Switzerland, which has some of the most stringent privacy regulations in the world. This country is also beyond the authority of the European Union and the United States, and it is not a member of the so-called "Fourteen Eyes" monitoring network.

ProtonVPN is not required by Swiss law to store data records, allowing it to keep your surfing history confidential.

ProtonVPN does not keep any records of your internet activities. When you use a VPN service, it may view all of your Internet surfing behavior. ProtonVPN has a strict no-logs policy and is one of the best no-log VPNs, which means that they keep no records of your online activity. You can be sure that your surfing history is private and safe when you use ProtonVPN.

ProtonVPN is committed to protecting its users' privacy. It does not keep track of its users' internet activities. Here are a few parameters through which we gauged the torrenting capabilities of ProtonVPN:

ProtonVPN has all the features you need to protect your devices, browse the Web through a secure connection, and even unblock online content. Moreover, it’s easy to set up on any device you own and use.

So, if you are looking for a VPN that has no bandwidth or data transfer limits, can be installed on up to ten devices simultaneously, includes unlimited server switching options, and accepts anonymous payments (in bitcoin only) - look no further than ProtonVPN!

And finally, it has a 30-day money-back guarantee, so you can try ProtonVPN without having to worry about changing your mind later on!