What Is “Onion Over VPN?” 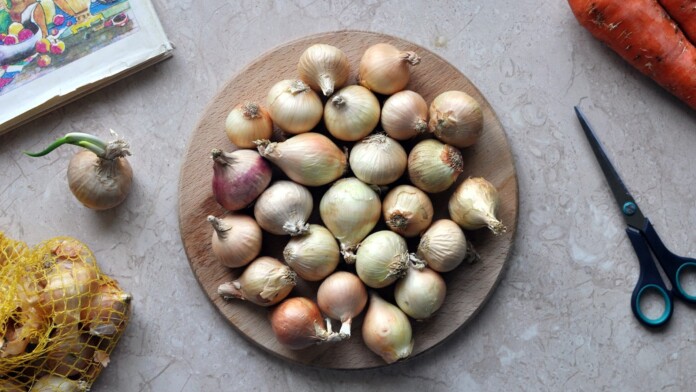 The primary purpose of VPN services is to safeguard your digital privacy. They do that via a number of different VPN protocols, but they also use supplemental technologies for added privacy. That's precisely the case with "Onion over VPN," which is a set of technologies created for the most cautious of VPN users. So, let's see what is "Onion over VPN," what it can do, and how to safely use it.

What Is "Onion" In the First Place?

"Onion" (also known as "Tor") is a network of relays/servers designed to disguise your identity by encrypting your Web traffic. Therefore, it’s quite similar to VPN services.

However, make no mistake. "Onion" and VPNs present two very different sets of technologies. What makes them similar is their end goal – and that would be your digital privacy. There are many differences between the two, and those differences span across the methodologies used to conceal your Internet traffic.

Routing your traffic through "Onion" relays is free of charge, so anyone can do that. The only requirement is to use the Tor browser (also available for free). The role of that Web browser is to prevent your device from communicating with Web servers directly. Instead, the Tor browser routes your traffic through a series of relays across the world, concealing your IP address, your physical location, and any other information that might be used to identify you online.

How Does "Onion Over VPN" Work?

As its name implies, by using "Onion over VPN," you employ two sets of technologies to obfuscate your Web traffic. Therefore, you get an additional layer of privacy protection.

The best way to describe how "Onion over VPN" works would be to describe its typical flow of data. So, here’s what happens if you use a VPN that supports this technology natively:

What happens, in the end, depends on the type of websites you visit. For example, "Onion" websites (typically linked with the Dark Web) will decrypt your data upon arriving at its destination. And when it comes to regular websites, your data will be decrypted at a Tor exit note and forwarded to the website.

Since you’re using double encryption with "Onion over VPN," you practically eliminate any chances of anyone discovering your online whereabouts.

When Should You Use "Onion Over VPN?"

You should use "Onion over VPN" if you’re very serious about maintaining your online privacy. In practice, this technology is often used by journalists, political activists, and similar.

As you can see, we’re talking about a very complex combination of technologies here. However, that doesn’t mean that average home users shouldn’t rely on it. Still, you need to be aware of the drawbacks and limitations that will surface as soon as you connect to an "Onion over VPN" server.

The biggest drawback will be the impact of this Web flow setup on your Internet connection speed. Since your data will be encrypted twice, you will experience significant slowdowns.

With that said, "Onion over VPN" is useful for low-bandwidth activities, such as Web browsing, sending and receiving emails, and uploading/downloading a limited amount of data. You won’t get to use it to stream online media or download gigabytes of data in one go.

Is "Onion Over VPN" Supported by Every VPN Service?

In theory, yes. However, keep in mind that when it comes to "Onion over VPN," we are talking about different types of setups. Here’s what that means exactly.

No matter which VPN you pick (check out the best VPNs), that VPN will encrypt your Web data as soon as you connect to one of its servers. Then, you can launch the Tor browser to encrypt your data once again. Therefore, this is a manual way to achieve an "Onion over VPN" type of Web data flow.

Then, some VPNs support this technology natively. They offer servers that are already optimized to encrypt your Web data twice (first using their own server and then using the Tor network). In other words, those VPNs do it all for you – without involving the Tor browser.

Not many VPNs offer the "Onion over VPN" functionality natively, as you can always use a Tor browser independently. However, when it comes to those that do, you can choose from NordVPN and ProtonVPN.

Is "Onion Over VPN" Better Than a Double VPN?

If you want to reach the highest level of online privacy, it doesn’t really matter if you choose "Onion over VPN" or a double VPN connection. Here’s why.

When it comes to "Onion over VPN," you employ a single VPN server and a network of Tor relays (there are usually up to three nodes in use, but you'll always have a single exit node). So, you get double encryption, and we're talking about different types of incredibly secure levels of encryptions here.

When it comes to "double VPN" connections, you employ two VPN servers. In other words, your Web traffic will be encrypted twice, adding a whole new layer of privacy. Even using a single VPN server should keep you hidden from anyone, so employing two servers should make you truly invisible on the Web.

With that said, those two technologies are equally capable. No matter which one you pick, you can rest assured that your privacy stays intact.

So, do you plan to use "Onion over VPN," and in what way? Let us know via the comments section below. And lastly, thanks for reading!