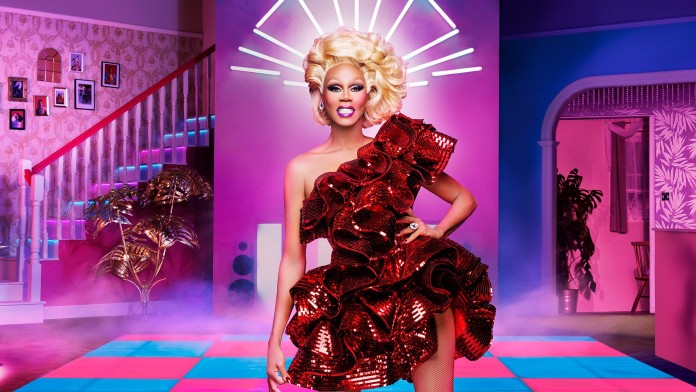 RuPaul's Drag Race UK is back for another season, and we will see a fresh batch of queens competing for the coveted title of Best Drag Superstar. We have everything you need to know, including the release date, star-studded judging panel, contestants, and more, so keep reading to find out where, when, and how to watch RuPaul's Drag Race UK Season 4 online from anywhere.

Twelve of the UK's most glamorous queens will battle it out over the course of ten weeks to be named the UK's Next Drag Race Superstar under the watchful eye of global drag icon and judge supremo RuPaul. Michelle Visage, Alan Carr, and Graham Norton will join RuPaul on the judging panel, and they'll be accompanied by celebrity guest judges like Spice Girls member Mel B, actress Hannah Waddingham, TV presenter Alison Hammond, singer and actor Olly Alexander, actress and activist Dame Joanna Lumley, singer-songwriter Boy George, and more.

RuPaul's Drag Race UK Season 4 premieres on BBC Three on Thursday, September 22, 2022, and you can also stream it on the BBC iPlayer.

You may simply watch your favorite TV series or movies online if you have a membership to a live TV or streaming service that offers them. However, the majority of these services are geo-restricted, so you cannot access your streaming collection when traveling. Fortunately, we have an easy solution for you: use a VPN to watch RuPaul's Drag Race UK Season 4 online, as it will bypass geo-restrictions and alter your virtual location.

Looking for a VPN solution that suits your needs? ExpressVPN can unblock the majority of streaming services because of its huge global network of servers and quick, reliable connections. To protect your data and privacy online, it also employs some of the greatest encryption mechanisms available. You can even try ExpressVPN for 30 days RISK-FREE, thanks to its no-questions-asked money-back guarantee.

If you visit its website and subscribe to ExpressVPN (49% Discount + 3 Months FREE), you may save a lot of money. When you download the native app for your device or system, a sign-in link or activation code will be delivered to your email address. When you turn on the VPN, choose a server in your home country, and then access a streaming service to watch RuPaul's Drag Race UK Season 4.

If you're in the UK, you can watch RuPaul's Drag Race UK Season 4 for free on the BBC iPlayer. Shortly after it airs on BBC Three, the show will be accessible on this streaming platform. You can watch the tile on BBC iPlayer without paying anything, and you don't even have to create an account.

Meanwhile, you can also enjoy other BBC titles on the platform, such as Crossfire, Mastermind,  Bloodlands, Frozen Planet II, Stuck, Ladhood, My Life As A Rolling Stone, etc.

Traveling abroad? You can use a reliable VPN to watch RuPaul's Drag Race UK Season 4 on the go. This tool will remove all geo-restrictions you may face; pick a UK server when you turn on the VPN, and then access a platform to watch the show easily.

How to Watch RuPaul's Drag Race UK Season 4 in Canada

Canadians can watch the fourth season of RuPaul's Drag Race UK on Crave on September 22. A subscription to this service will cost you $19.99 per month, and new customers also get a 7-day free trial.

With the help of a dedicated VPN, you can easily watch the title while traveling internationally. When you activate the VPN, just choose a Canadian server, and you're ready to go.

How to Watch RuPaul's Drag Race UK Season 4 in Australia

The new season of RuPaul's Drag Race UK will be available on Stan in Australia on September 23. Subscription prices start at only $10 per month, and there's a generous 30-day free trial for new customers.

If you are traveling abroad when the show lands in Australia, you may not be able to watch it due to geo-fencing. We recommend you use a good VPN subscription to lift the blockades.

We should let you know that season one of the show is available on VH1, but the latest seasons are not there, so we're unsure if season four will land there anytime soon.