5 Best VPNs for Robinhood in 2021: Trade Stocks & Crypto from Anywhere 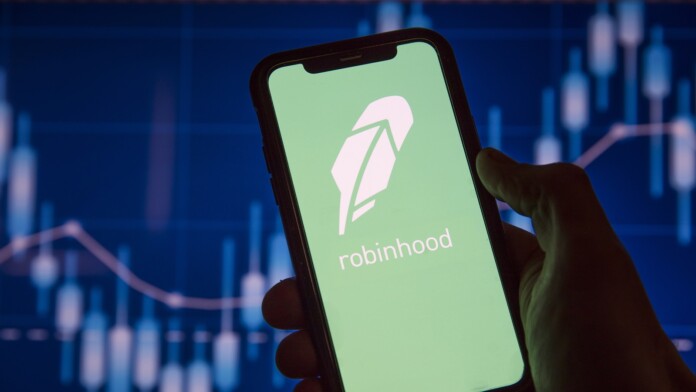 You can access Robinhood from anywhere in the world (except in a few specific countries sanctioned by the US). That means if you have a verified Robinhood account, you can do all your trading even while abroad. However, if your network admins restrict access to Robinhood for any reason, you'll need a VPN to unblock it. On top of that, a VPN will safeguard your online transactions on unsecured public Wi-Fi and similar networks.

After hours of research, we present you with the 5 best VPNs for Robinhood in 2021.

ExpressVPN consistently tops everyone's "best VPN" lists, and for a good reason. First off, it runs a high-speed server network spanning 94 countries. Plus, it recently implemented the Lightway encryption protocol, which promises a more lightweight experience and better performance. As such, your Robinhood transactions and other activities (like content streaming) have quite a bit of horsepower behind them.

Naturally, their app provides top-notch security as well. Military-grade encryption secures your network data, while their strong leak protection ensures you're never exposed online. And, of course, their no-nonsense no-logs policy has been independently audited. You can rest easy knowing that ExpressVPN doesn't store any of your data.

Meanwhile, their RAM-based servers automatically delete any data-in-transit on their servers when reset, an excellent measure against government seizures. They also feature a kill switch, which basically "kills" your connection in case you get disconnected from the VPN for any reason. Useful in case you're trying to get past the network admin's firewall rules that block Robinhood and don't want to be found out.

Feel free to check out our ExpressVPN review for more in-depth coverage of its features.

As mentioned, the kill switch is an essential VPN feature if you don't want to be exposed due to unforeseen disconnects. Sure, it's less of a problem on Robinhood. However, you'll definitely want to leave it on if you use other exchanges, such as eToro or Binance. You don't want to deal with a frozen account and lost funds due to "suspicious activity."

Fortunately, CyberGhost VPN eliminated the possibility of forgetting to turn on your kill switch when you go online. The feature is always on in all their apps, so you can browse securely and perform sensitive transactions with one less thing to worry about.

One thing you need to check out - CyberGhost VPN's dedicated IPs. Better than sharing an IP with thousands of other users and potentially getting blocked for "suspicious activity." Speaking of which, you'll definitely enjoy CyberGhost's built-in ad-blocker, which also filters out phishing and malware domains. Considering online traders are huge targets for hackers, this is a welcome addition.

For more details about all these features (and more), take a look at our complete Cyberghost VPN review.

One unpleasant downside of VPNs is the fact that they slow down your connection somewhat. Your data needs to be encrypted and has to travel further than usual, which accounts for the speed loss. Fortunately, NordVPN has placed first on AV-Test's VPN speed tests, meaning your Robinhood transactions won't lag behind. Moreover, their new lightweight NordLynx protocol offers strong security but better performance than the usual OpenVPN configs.

As expected, NordVPN offers bank-grade encryption, leak protection, and a kill switch to keep any potential eavesdroppers at bay. Furthermore, their no-logs policy has undergone two security audits if you need any more confirmation that they never store your data on their servers.

For extreme scenarios, their double VPN and obfuscation features will hide your VPN activity even in restrictive countries like China and Turkey. And finally, their CyberSec feature blocks malware and phishing domains while filtering intrusive advertising for a cleaner web experience.

Head over to the NordVPN review for our own speed test results, plus more details about the provider and their features.

If you're just looking for a cheap solution to secure your transactions on Robinhood, Ivacy is the VPN for you. With up to 90% savings on its long-term plans, you get a decent VPN with all the security bells, and whistles mentioned thus far. A strict no-logs policy, complete leak protection, a kill switch, plus anti-malware filters on specific servers if you need the extra protection.

Unfortunately, their apps aren't as versatile as the competition. For example, the kill switch and split tunneling features are exclusive to Windows and Android. Apple and Linux users that visit exchanges with stricter geo-location policies are better off trying our other suggestions. If you don't mind these missing features, though, Ivacy is still an excellent VPN for those platforms.

As always, feel free to browse our Ivacy review for more detailed info on their service and apps.

Since Robinhood is a US-based service, it makes sense to use a US-centric VPN service as well. And as a service headquartered in Colorado, over half of PIA's impressive server network is located in the US. You won't have trouble finding a fast, local server with a low population (and thus less risk of congestion).

Now, some users may worry over the fact that the provider is based in one of the "Five Eyes" territories. No need to fret, though - PIA's no-logs policy has been tested in court twice so far. And both times revealed that PIA sticks true to their word and won't log user data no matter the circumstances.

Finally, PIA offers its very own ad-blocking feature (PIA MACE), which is a nice touch to an already decent VPN package. Like Ivacy, PIA lets you use your account on 10 separate devices, which is generous when compared to other VPNs. On the other hand, their essential features (like split tunneling and kill switch) are available on all compatible platforms.

You can read more about them and other helpful info about the service in our in-depth PIA review.