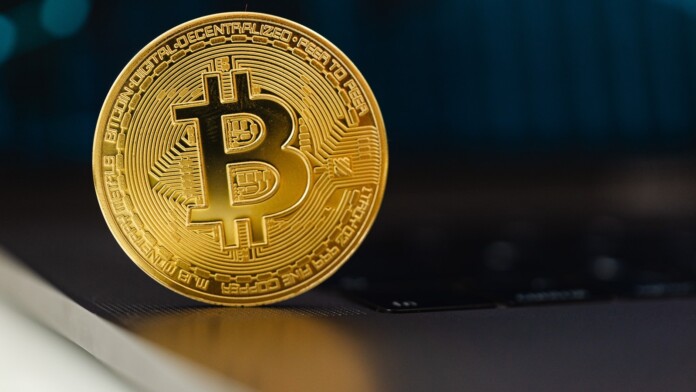 People mistakenly believe that Bitcoin is a way to make anonymous payments online. As stated on the main Bitcoin website, that isn’t actually the case. Instead, you actually need to take privacy into your own hands if you want any degree of anonymity in your payments. One of the best ways to do so is to see which VPNs can provide top security while performing Bitcoin transactions.

We’ve done the research for you, so here are six VPN providers perfectly suited for your crypto trading needs.

Bitcoin payments and trading already take forever; no need to slow things down even more. Thankfully, ExpressVPN new Lightway protocol ensures faster speeds than ever while enhancing your security even further. Not only that, but their wide server network (94 countries) means it’s easy to find a server close by and get better speeds.

You won’t have any trouble trading Bitcoin on the platform of your choice, as ExpressVPN works on Windows, macOS, Linux, iOS, Android, and more. You can even install ExpressVPN on your router to cover all your household gadgets, including ones that aren’t compatible with VPNs by default.

Security-wise, ExpressVPN features all the features expected of a world-class VPN provider, including:

When you’re not trading crypto, you can enjoy watching foreign Netflix and other content unavailable in your area. ExpressVPN has no trouble unblocking even the most persistently anti-VPN platforms.

Feel free to browse our ExpressVPN review for more details about their capabilities (speed tests included).

Like ExpressVPN, CyberGhost VPN also keeps your data secure with a kill switch and robust no-logs policy, as well as self-maintained RAM-based servers. One thing to note is that the in-app kill switch can’t be turned off. This may deter some users that prefer to have full control over their apps. On the other hand, this also prevents potential data leaks caused by forgetting to turn the kill switch back on.

Their built-in ad-blocker prevents your device from opening known malware and phishing domains, on top of cleaning up irritating ads on most websites. Crypto coins are frequently used as lures in phishing scams, so it’s nice to have one less thing to worry about.

Naturally, CyberGhost VPN can also unblock all major streaming services. You can even get server suggestions optimized for Netflix, Hulu, BBC iPlayer, Crunchyroll, and even YouTube.

Check out our CyberGhost review for more details.

With a no-logs policy that was successfully tested twice in court, RAM-based servers that wipe all data on reset, military-grade encryption, and its own ad-blocking feature (PIA MACE), you can rely on Private Internet Access to keep your network data safe and sound.

Since most of its huge server network is located in the US, American users will have an easy time finding high-speed servers in the area. Of course, its US focus doesn’t mean PIA can’t be one of the best VPNs for Bitcoin users overseas.

Its app is compatible with most major systems (Windows, macOS, Linux, Android, iOS, etc.) and can unblock a wide variety of streaming platforms. Moreover, you can use a single subscription on up to 10 separate devices, making PIA one of the more generous providers in that category.

You can read more about them and their service in our full PIA review.

Ten devices not enough? How about a Bitcoin VPN with no device limits? Surfshark is the perfect fit for families with too many gadgets lying around. Or maybe friends looking to share a fairly decent VPN experience on a budget. Whether it’s for Bitcoin trading, day-to-day browsing, or streaming content from abroad, Surfshark delivers on every front.

Its CleanWeb feature blocks pesky advertising and known malware and phishing domains – much like the two previous providers. As always, you can expect powerful encryption and leak protection to secure your transactions. Their no-logs policy, RAM-based servers, and kill switch are there to preserve your privacy 24/7.

Need extra precautions for any reason? Then Surfshark’s double VPN can add an extra layer of encryption and anonymity between you and the web. Try their obfuscated servers to mask your VPN usage from your ISP and any anti-VPN filters out there as well.

Learn more about Surfshark by reading our full review.

Yes, NordVPN has topped AV-Test’s speed tests (which we’ve confirmed for ourselves as well). Not only is it one of the best VPNs to secure your Bitcoin transactions, but you can expect lightning-fast speeds while streaming your favorite shows online. And yes, NordVPN can unblock almost anything you throw at it.

Security-wise, it distinguishes itself from the competition by moving towards using its own servers entirely. Since they don’t have to rely on third-party data centers, they can maintain their high standards for security across the entire service. What’s more, their no-logs policy has been independently audited twice to great success.

Naturally, their service includes everything you’d expect to maximize your online security: a kill switch, strong leak protection, military-grade encryption, double VPN, and even its own ad-blocker (CyberSec).

Our NordVPN review contains more details about their service if you’re interested.

With up to 90% savings on its long-term plans, Ivacy is one of the cheapest VPNs for Bitcoin on the market. And yet, it still manages to compete with industry giants by offering all the same security options you’re used to by now. It keeps no logs, offers complete leak protection, a kill switch, and even anti-malware protection on specific servers.

The downside is that some features (such as the kill switch and split tunneling) are exclusive to Windows and Android, so keep that in mind if you decide to try out their service. At least you can still unblock most platforms for streaming, making it a decent choice for home use.

See our Ivacy review if you’re curious about all the streaming sites supported and more details about Ivacy.