How to Use a VPN With Kodi – 6 Steps to Protect & Unblock Kodi Add-Ons! 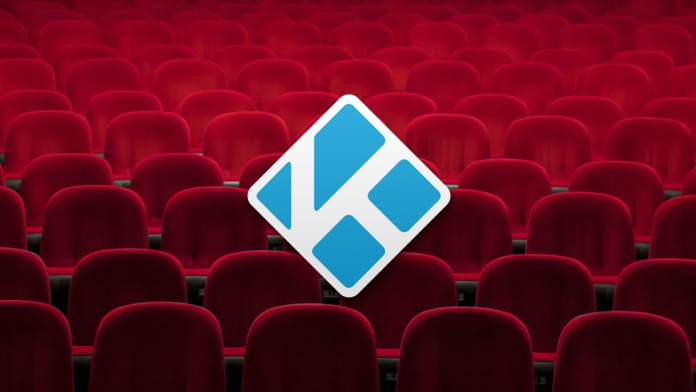 Using Kodi on its own is great – if you’re careful enough about what you install and stream. Still, if you combine Kodi with a powerful VPN, your options become practically endless. That’s because VPNs make using Kodi safe while unblocking any add-on you might install. With that said, the most important question right now is – how to use a VPN with Kodi in a safe and secure way?

Well, know that Kodi and VPNs work side-by-side, which is what confuses most users. So, instead of integrating them, you run them as independent apps. Still, confused? Let's show you how to use a VPN with Kodi in 6 simple-to-follow steps!

Step #1: Decide on Which VPN You’ll Use

Make no mistake – this first step is the most important one. That's because your options in terms of using Kodi will be limited by the VPN you pick. You'll want a capable VPN that doesn't only hide your Kodi-related activities but also unblocks new types of content.

You’ll learn all there’s to know in our guide on the best VPNs for Kodi. However, if you’re in a rush, know that the best option would be ExpressVPN. After testing more than 60 VPNs, we've settled on ExpressVPN in terms of both protecting and unblocking Kodi, and we assure you that this VPN will meet all your needs.

Before we let you proceed any further, know that you must decide which VPN you'll use. If you're still in doubt, proceed to subscribe to ExpressVPN. Once you land on the VPN's site, pick 'Get the #1 Rated VPN,' and then select a subscription plan.

You will also need to supply your email address and pick a payment method. When you fill out the required information and submit them, ExpressVPN will let you know that your subscription is now active. So, wait for that email to arrive, and then proceed to the next step.

Now, you need to install your chosen VPN – on each device you'll use to access Kodi. That's why we previously recommended using a VPN with broad platform compatibility. Since we've advised you to use ExpressVPN, we now offer you dedicated guides on how to use Kodi with ExpressVPN on Windows, macOS, iPhones/iPads, Android, and Chromebooks.

If you’ve decided to go with ExpressVPN, keep in mind that this VPN works on more than 60 platforms and devices – either via its native apps or manual configuration. Here’s how to install and use ExpressVPN across all those devices.

And lastly, if you’ve decided to go with some other VPN, here’s our general guide on how to install a VPN on Kodi, covering a whole slate of desktop and mobile operating systems.

The next step towards using a VPN with Kodi is rerouting your Web data. Differently said, you should connect to a secure server using your VPN client's interface. Still, before you do so, there's something vital for you to consider.

First, know that once you connect to a VPN server located in France (for example, if you want to unblock the France TV add-on), you'll get a French IP address. That means any content that can be legally streamed in France only will work through Kodi – and other types of content will be blocked.

So, you first need to think about the type of content (or about its origin country) you want to unblock. In most cases, you'll go with a US-based server, as most of today's Kodi add-ons are restricted to that country (such as Fox Sports GO, Funimation NOW, Sling, XUMO.TV, NewsON, and plenty more Kodi add-ons).

Step #5: Combine the Power of VPNs With Kodi

Once you initialize your VPN session, feel free to launch Kodi on your device. In the background, all your incoming and outgoing data will flow through a secure VPN tunnel. Also, you’ll have a new IP address associated with the origin country of your VPN server.

In other words, you can now use Kodi just like you would usually do. Aside from using your locally stored Kodi library, you're now free to access a broader range of third-party content. Just keep in mind that any new content you get will be accessible as long as your VPN session is active.

Before you start using Kodi, it's worth checking if your VPN tunnel operates as it should. In other words, you should check for any data leaks – which might cause a problem with unblocking Kodi's content. To learn more, here's our complete guide to VPN leaks.

Now that you know how to use a VPN with Kodi, you probably wonder how to best use this new setup? Well, as mentioned earlier, there are many benefits of combining a VPN with Kodi. Still, the most important one is accessing new content. So, your next destination should be our guide to the best-working Kodi add-ons (with more than 60 recommendations).

If you’re after specific types of content, check our guides to the best Kodi add-ons for movies, TV shows, documentaries, live sports, cartoons, anime, music, and gaming. Keep in mind that all of the add-ons you’ll find there are 100% legal and safe to use.

That would be all on how to use a VPN with Kodi. If you have any questions or doubts on your mind, share them via the comments section below. And lastly, thank you for reading!