DD-WRT Firmware – Everything You Need to Know About DD-WRT & How to Install It? 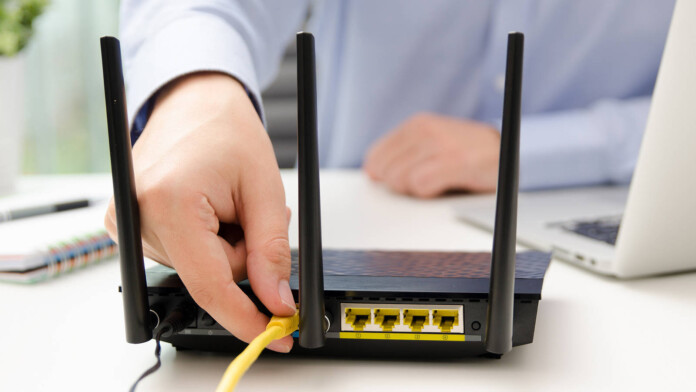 If you have spent any time reading about more advanced Internet security topics, you’ve probably come across something called DD-WRT firmware. You might know it has something to do with Internet routers and that it can be important if you want to use a VPN router. So, what is DD-WRT firmware? Should you even care?

If you’re looking for answers about DD-WRT, then you’re in luck. By the end of this article, you’ll know everything you need to about this type of firmware, including whether it’s a solution that you should be interested in or not. Let's jump right in.

DD-WRT is short for, well, nothing exactly. The 'DD' part refers to the number plate code for Dresden and 'WRT' is short for a wireless router. So, the acronym as a whole doesn’t really stand for anything. What DD-WRT is one the other hand, is actually quite clear. It’s a third-party replacement firmware package for your router. Well, maybe not your router, but for a lot of compatible out there in the wild.

Specifically, DD-WRT is a special repackaging of the open source Linux operating system. It’s built for one thing and one thing only: getting the most out of your router hardware.

What is a Firmware, In The First Place?

Before we go any further, it’s important that you understand what 'firmware' actually is. Firmware is software, but unlike the data installed on your computer’s hard drive, the firmware is permanent. It’s written in a special type of memory known as ROM or 'read-only memory'. Firmware is used to operate hardware systems. You’ll find it in your GPU, hard drive, cameras, and even cars these days. Firmware is resilient and even if your device goes completely nuts, you can always reset and trust the firmware to be intact.

That doesn’t mean that firmware is immutable. No software is ever bug-free or really finished, so it’s normal for hardware makers to release firmware updates. The ROM chips can rewrite themselves if they receive the correct command. That way, bugs can be fixed and even new features can be added.

What Does Router Firmware Do?

The firmware that your router ships with determines just about everything the router can do. While most of us may not think of them that way, routers are actually just specialized computers. They contain RAM, a general-purpose CPU and other parts that make up a computer. The only difference is that this computer’s job is to act as a dedicated server on your home network that routes all traffic and provides other functions, such as NAS access.

The firmware is the key to making all of that hardware work. Without it, the router is just a lump of metal and plastic. Therefore, it's safe to say that without firmware, your router will be pretty much useless.

The interesting thing is that many models of routers within the same range (made by the same company) are basically the same on a physical level. The features that are available to you are basically limited by the software included with the device. It’s often less expensive to make the same basic model and then differentiate it through software features. 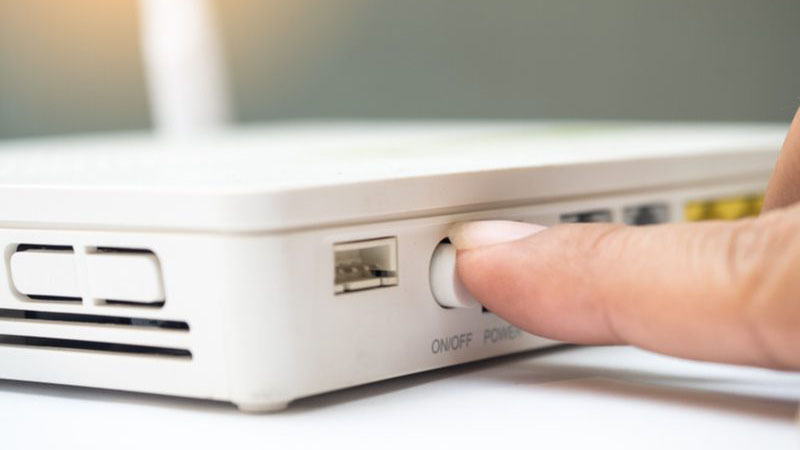 That’s how official firmware updates can sometimes add new features to your router, without anything about the actual hardware changing. It means you can get around the artificial limiting manufacturers do when they sell you something because it’s cheaper that way for them.

The Position of DD-WRT Firmware

That’s where DD-WRT comes into the picture. It’s firmware for routers, but it’s not from the official makers of the router. Instead, it’s an alternative router software. That’s nicer than calling it pirate firmware, but you should know that your router maker has nothing to do with DD-WRT. When you replace the firmware that came with your router with a release of DD-WRT, you are effectively remaking it totally.

However, the people behind DD-WRT are following an age-old hacker tradition of liberating hardware that has been artificially limited. We’ve seen it with game consoles, graphics cards, and many other devices that can be tinkered with to get more out of them. While they don’t have the accountability router manufacturers have, the community behind DD-WRT have their hearts in the right place and have an important role to play in today's digital world.

How Did DD-WRT Start?

DD-WRT started as a conversion of a conversion. An open license version of old Linksys router firmware was customized into the Alchemy firmware by a company called Sveasoft.

DD-WRT has gone through quite a few builds and versions over the years, moving further and further from its origins. The latest build at the time of writing is 2.4. However, this is a completely new project, cut from its legacy ties. DD-WRT has completely differentiated itself from the firmware sold by Sveasoft. Yes, Sveasoft will charge you for their feature-unlocking firmware. In addition, DD-WRT says that its firmware does not contain tracking and activation programming code. That’s an incredibly important point from an Internet privacy standpoint.

There are a few reasons that you might want to use DD-WRT. The obvious one is to gain features that you would otherwise have to buy a more expensive router for. As we’ll soon show you, there are many features that make DD-WRT a great tool for regular and power users alike. 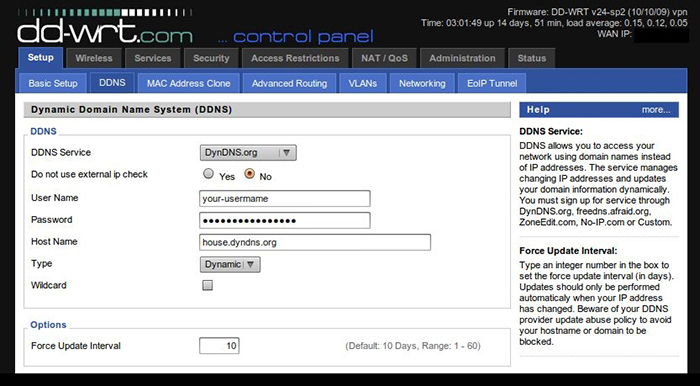 Apart from unlocking the full potential of your router, DD-WRT also provides an extra measure of privacy for you as an Internet user. It’s an open-source project, so you can be pretty sure that no one is paying anyone to build backdoors or other tracking technology into your Internet router. Apart from all of that, DD-WRT is one of the most stable router systems out there. We’ve all experienced consumer routers that hang every few days or otherwise wig out for no apparent reason. That sort of thing is much less common with DD-WRT.

There’s a lot to DD-WRT, so we won’t try to list every single feature. However, there are more than a few worth taking note of for the prospective user.

The Biggest Benefits of DD-WRT

In case you're not sure if installing DD-WRT on your router is worth the hassle, here are the most prominent benefits of this type of router firmware.

From a privacy standpoint, one of the best things about DD-WRT is its ability to add VPN client functionality to some routers. Unfortunately, you need a router with at least 8MB of space to use the VPN functionality.

Not every router has the processing power to effectively be used as a VPN client. If your existing router can be converted into one with VPN support, it means any device you connect to that router will have VPN protection. It won’t matter how many connections your VPN subscription comes with since you only need one connection to the router. Make sure to learn more about how to set up VPN on your router. And also, take a look at the best VPN routers that ship with this kind of compatibility.

Getting and Installing DD-WRT On Your Router

In general, it’s actually pretty easy to get and install DD-WRT. You download the replacement firmware file from the DD-WRT site and then update the firmware on your router. But first, here's what you'll need for this process:

Once you've prepared everything, it's time to access your router's admin panel. You can use its IP address for this purpose. In general, you need to find a section where you can update its firmware. Upload the file you've downloaded before, and go through the procedure.

To give you a clear idea of this process, we are going to answer a few common questions. So, take a look.

Will DD-WRT Work on My Router?

Despite their best efforts, DD-WRT cannot work on every router out there. Don’t get too excited about installing DD-WRT on your own router. First, make sure that your product will actually work with it. They’re constantly working to expand support, but you can check the DD-WRT router database to quickly find out if you’re in luck. It’s obviously also used to figure out if a router that you are thinking about buying.

What Much Does DD-WRT Cost?

As we write this, DD-WRT is a free product. It’s released under the GPL open licensing terms, so legally anyone can take it, modify it, copy it and otherwise mess with it. As long as they release their modified version under the same open license.

That said, the person who runs the project full-time needs to make ends meet and so the DD-WRT project is looking to change the business model so that it can sustain itself. No one knows yet what form that will take, but it’s possible there may be some paid features or services on the way in the future. We doubt very much, however, that the core DD-WRT firmware that most regular users would want is going to cost anything in the foreseeable future.

There’s no such thing as a free lunch, as the saying goes, and that’s still true with DD-WRT. First of all, there are NO guarantees if you choose to load this firmware that it will not brick or damage your router. If you are not willing to sacrifice your router, you should not attempt the DD-WRT firmware installation. The chances of something going wrong is small if you follow the instructions properly, but it is still a non-zero level of risk.

If you choose to use overclocking features or otherwise push your router hardware beyond its specifications, you may also shorten its life or even cause a hardware failure. Figure out what the safe limits are for a given router with guidance from the community.

Although there are some really good free VPNs out there, we don’t recommend trying to use a DD-WRT router with any of them. Luckily, there are plenty of premium VPN providers that actually officially support the router firmware. In some cases, they’ll even sell a pre-flashed DD-WRT router to you.

Some of the VPNs we’ve covered on TechNadu that also work with DD-WRT include ExpressVPN, IPVanish, NordVPN, and VyprVPN. We also have an article to help with choosing a VPN in case you have trouble deciding on one. As always, make sure you know the legal implications of VPNs before you strike out on your own.

DD-WRT is a powerful tool for taking control of your Internet connection. It keeps the government and corporations out of the hardware you paid for. It’s a great symbol of people working together for a common goal.