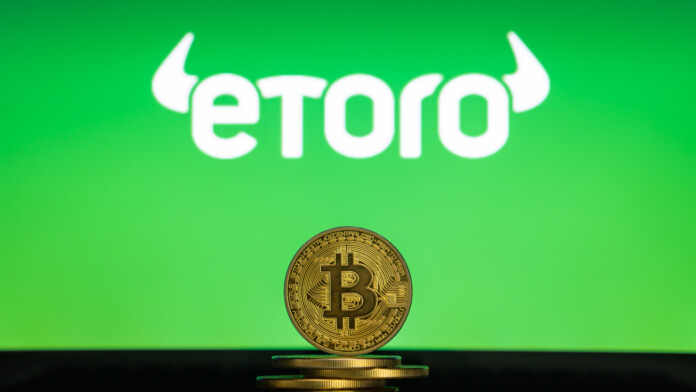 eToro has quite a hefty list of unsupported countries. Creating an account is impossible without a valid ID from a country that isn't on this list. Moreover, if you're visiting or currently residing in a blocked country, you won't be able to trade on the platform. The best way to get around such restrictions is by using one of our recommended best VPNs for eToro.

Use at your own risk

While it's entirely possible to use eToro with a VPN in one of its blocked countries, doing so could result in having your account (and funds) frozen.

Of course, it's perfectly fine to use a VPN for security purposes while connected to a server in your country of residence. Provided that it's not on their blocklist, that is. In fact, there have been cases where eToro themselves recommended using a VPN (e.g., to get around ISP disruptions).

After spending countless hours testing VPN services, we present the 5 best VPNs for eToro in 2021.

ExpressVPN has an extensive, high-performance server network that stretches across 94 countries. As such, you're guaranteed to find one close by, at a location supported by eToro. That and their new and improved Lightway encryption protocol translates to better speeds while letting you check on your investments anytime - even while abroad.

ExpressVPN will never log your online activity or leak your IP address, whether you dabble in stocks on eToro, or trade crypto on Binance, WazirX, or other platforms. What's more, their kill switch will prevent online services from seeing your true location during unexpected outages. ExpressVPN also comes equipped with RAM-based servers that automatically delete any data in transit when restarted.

Their easy-to-use apps work on all major systems - Windows, macOS, Linux, iOS, Android, you name it. You can even install ExpressVPN on a compatible VPN router to safeguard all your devices. All in all, ExpressVPN is a highly versatile and secure VPN option, whether you're a seasoned day-trader or you've just started trading on eToro.

Be sure to check out our ExpressVPN review for a more detailed look at their features and service capabilities.

2. CyberGhost VPN - Always on Guard With an Always-On Kill Switch

The VPN kill switch is pretty much essential when it comes to accessing services like eToro. One random disconnect and the platform could freeze your account due to "suspicious activity." While most providers have the kill switch as an optional feature, CyberGhost VPN has decided the risk isn't worth it. As a result, all its apps feature a kill switch that can't be turned off.

Furthermore, the apps come with strong encryption and leak protection to fully secure any sensitive transactions. They maintain a no-nonsense no-logs policy, a RAM-based server network and provide dedicated IPs to avoid sounding any alarm bells at eToro or other online exchanges.

And since online traders tend to be huge targets for phishing and malware scams, the CyberGhost VPN apps come equipped with a built-in filter for malicious domains. The feature also blocks intrusive advertising, making for a much cleaner and safer online experience.

Must Read: What’s the Best VPN With Ad Blocking feature?

Head over to our full CyberGhost VPN review for a more in-depth look at their features, plus anything else we haven't covered here.

Do you have a lot of friends that dabble in stock and crypto trading? Have plenty of gadgets you'd like to secure with a VPN for use on eToro and other exchange platforms? Well, luckily for you, Surfshark provides unlimited connections on a single account. Chip in with your friends for a long-term plan and secure everything without having to worry about device limits.

However, Surfshark does have an additional feature to distinguish them from the competition, and that's double VPN, which routes your traffic through two of its servers and encrypts it twice. This does wonders to preserve your anonymity and secures your online transactions. Be aware, though - this will also take its toll on your overall network speeds.

As always, be sure to read our full Surfshark review for more in-depth coverage of their service.

Holding on to an older device (like Windows Phone or Blackberry)? Then IPVanish is the VPN for you, as they're one of the few VPNs nowadays that still provide support for such gadgets. Naturally, they have apps for all major systems nowadays, from Windows, macOS, and Linux, to iOS and Android. On the other hand, its user interface is less than elegant. Still, it gets the job done, so we can't complain.

Security-wise, it provides military-grade encryption to secure your eToro transactions. On top of that, it has leak protection and a kill switch to ensure your VPN activity isn't exposed by mistake. As mentioned initially, eToro doesn't take kindly to bypassing their geo-restrictions. These features are pretty much essential if you plan on using a VPN on eToro or similar services.

For more info on what makes IPVanish a decent option to secure your online exchanges, read our full review.

VyprVPN would rather not rely on third-party data centers that could potentially be hacked due to negligence. By physically owning their entire server network, they guarantee optimal security for trading on eToro and other exchange platforms. Not only that, but they can freely make upgrades to their infrastructure, so you get the best possible performance.

One quality that'll appeal to traveling traders is their "Chameleon" cloaking technology, which can evade even advanced VPN detection methods like deep packet inspection (DPI). Highly useful, especially in areas like China, Turkey, and other countries where VPN usage is restricted.

Naturally, running their own hardware means their server count is nowhere near that of the competition. However, that shouldn't be a problem considering it's spread neatly across 70+ countries. You can always find a server nearby, whether it's for day trading or secure browsing.

Don't forget to read up on other features that may interest you in our full VyprVPN review.