How to Install a Free VPN on Kodi (In 4 Steps!) 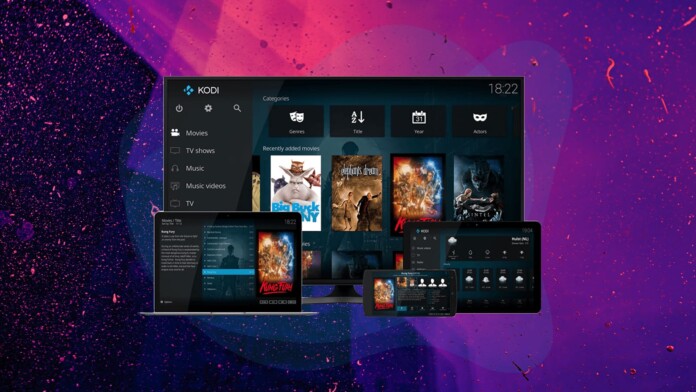 There are many reasons why VPNs are useful for Kodi users, as they’re capable of unblocking the app’s content while also protecting your privacy. However, the best Kodi VPNs out there are subscription-based, which means they’re an investment. So, if you’re not willing to go that route, your only option is to rely on a free-of-charge VPN. And with that said, you probably wonder how to install a free VPN on Kodi.

We’ll use this article to teach you how to get started with free VPNs, as well as how to combine them with Kodi – creating a safe environment for your data. Of course, you’ll also get to count on content unblocking, as we’ll show you a method that does it all. So, let’s jump right in.

The first step requires you to pick a VPN that you’ll use with Kodi. However, before we show you the best option, keep in mind that you must be careful when using those VPNs. That’s because many free VPNs aren’t safe to use. Furthermore, they can leak your private data, which beats the purpose of using a VPN in the first place.

So, to help you with your selection, we’ve produced a series of handy guides. First, you should check our overview of the best free VPNs available right now. And then, you can check individual guides on the best free VPNs for Windows, iPhone/iPad, and Android.

Once you pick a VPN, proceed to create an account. This is done on your chosen VPN’s website, where you’ll be required to register an account, using your email address typically. This is a quick procedure, taking only a minute of your time. Once done, check your inbox for an email message that confirms your new VPN account.

Aside from using free VPNs, you could also rely on VPN trials. These are time-limited commercial VPN trials, letting you test-drive premium features without paying anything (for up to a week, in most cases). For more info, here are the best free VPN trials (that don’t require credit card information).

Keep in mind that VPNs don’t integrate with Kodi. Instead, those are two separate apps, used side-by-side. You’ll find some tutorials on the Web on how to set up a free VPN on Kodi by using VPN add-ons – but keep in mind that none of those add-ons really work.

With that said, you now need to install and set up your VPN (on your computer, smartphone, tablet, or media streaming device). You can find the instructions on how that is done on your chosen VPN’s official website. However, if you’d like to check our guides, know that we offer a range of helpful articles.

To learn how to set up a VPN on a specific device, here are our guides that cover Windows, macOS, Linux, Android, and iPhones/iPads. The majority of free VPNs offer apps for the most popular platforms (as listed in this guide), so you should be ready to go.

Once you have the VPN installed on your device, it’s time to launch the application. First, log in using your credentials, and you should see its home screen. Then, pick a VPN server and connect to it. Your VPN will finish the procedure on its own, which should take no more than a couple of seconds.

Keep in mind that free VPNs typically come with a very limited selection of servers. In most cases, they offer just a handful of servers placed across a couple of countries. With that said, since you won’t be able to pick a server near your physical location, you can expect your Internet speed to downgrade a bit.

You’ve reached the final step of our guide on how to install a free VPN on Kodi. In other words, once you connect to a secure VPN server, your Web data will be encrypted, which applies to all your incoming and outgoing traffic. So, you’re now free to launch Kodi and use it like you usually would.

Since VPNs are highly effective in unblocking new types of content, we recommend checking our article on the best working Kodi addons. You’ll find more than 60 recommendations there, all of which are legal and safe to use. However, since many of those are geo-blocked, they also present an excellent way to ensure that your VPN works properly.

What if you’re not happy with your free VPN’s performance? Well, the only option you have in that case would be to pick a commercial VPN. To help you with that, we’ve produced a guide to the best VPNs for Kodi (where ExpressVPN takes the lead).

So, if you decide to go for our recommendation, here’s how to use ExpressVPN with Kodi on Windows, macOS, Android, iPhones & iPads, and Chrome OS.

That would be all on how to install a free VPN on Kodi. If you have any doubts or questions on your mind, make sure to share them via the comments section below. And lastly, thanks for reading!