Why Is My VPN So Slow? How Can I Boost Its Speed? 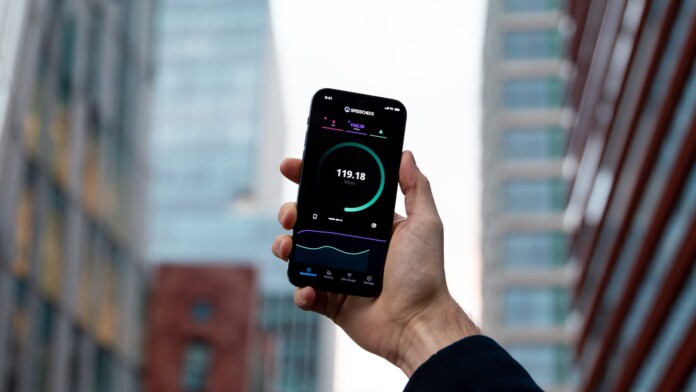 Just like any other type of software, VPNs also have their own set of benefits and downsides. With that said, it’s a fact that any VPN will slow down your Web connection. However, that doesn’t have to be noticeable, as today's VPNs employ many technologies to optimize their performance and minimize throttling. So, in case you've been wondering why your VPN is so slow, we're here to uncover the most obvious reasons.

Keep on reading and find out more about the 6 most common reasons why your VPN is slow, as well as what you can do to mitigate that issue.

1. You Use an Overly Remote VPN Server

In our guide on how VPNs work, you can read about how VPN servers add an extra stop to your Web traffic, which means your traffic needs to travel more to its destination. So, as you can imagine, this translates to a loss of speed while introducing latency.

Consequentially, more distant servers introduce bigger speed losses, as they introduce a more considerable distance for your traffic to travel. Still, the best VPNs out there have the means to break down your traffic into smaller bits to get them to their destination quicker. One such VPN is ProtonVPN, which has recently introduced a handy feature called VPN Accelerator.

How to Bypass This Issue? – The most obvious thing to do would be to connect to a nearby server. In general, if you connect to a VPN server in your own country, you shouldn't even notice any slowdowns. Of course, sometimes you just have to use a server on the other side of the world, so keep reading to learn additional tips.

2. You Use an Overcrowded VPN Server

One of the most popular articles on our website is our guide to VPNs with the highest number of servers. Why? Well, because those VPNs typically offer faster performance since they can host a massive number of users and connections without any adverse effect on the performance of their servers.

In other words, your VPN might be slow because you connect to a hugely popular VPN server, which is often the case with servers optimized for media streaming. This issue is even more prominent in free VPNs, which introduce all kinds of bandwidth and speed limitations to cut their expenses.

How to Bypass This Issue? – Stop wondering why your VPN is so slow, and switch to another VPN server. Preferably, pick a server closer to your physical location. However, you can also avoid overcrowded servers by choosing another one that might not be as popular. And yes, make sure not to use a free VPN, as all of their servers are usually overcrowded 24/7.

3. You Use an Overly Complex VPN Protocol

Knowing which VPN protocol you use is more important than you might think. That’s because each VPN protocol has a different set of instructions on how your data is encrypted. Naturally, more complex ones come with more complex security measures, which might be one of the reasons why your VPN is slow.

In general, we recommend going with OpenVPN, which comes as a highly secure VPN protocol that is often coupled with AES-256 encryption. Even though OpenVPN isn’t the fastest option, it is the most reliable one, and it also brings fast performance overall.

Today, we also have new-age protocols such as WireGuard. This is an incredibly secure yet fast VPN protocol that shows great promise. You can already find it implemented in NordVPN, Surfshark, TorGuard, Private Internet Access, IVPN, and in more VPNs. And lastly, some VPNs have their own high-speed protocols, such as ExpressVPN’s Lightway.

How to Bypass This Issue? – In general, VPNs already come optimized out of the box. Still, our strong recommendation is to dive into your VPN client’s settings/preferences. That’s where you can switch to another protocol and therefore improve the speed of your VPN.

4. You Use a Taxing Encryption Algorithm

VPN encryption algorithms have the same effect on the speed of your connection as VPN protocols. In fact, VPN encryption is one of the main reasons why your VPN might be slow, as that process of obfuscating your data takes its toll. With that said, know that you can’t eliminate VPN encryption as that would be pointless, but you can optimize it instead.

By default, VPNs are set to use the OpenVPN protocol coupled with AES-256 encryption. That combination should put your mind at ease, as it has the power to make you anonymous online. However, average home users should feel free to switch to AES-128 without endangering their privacy.

How to Bypass This Issue? – Make sure to visit your VPN client’s settings and check whether you can change its encryption level. If you can’t find that option, we recommend contacting your VPN and asking if that option is available across any of its clients.

Even though VPN apps might look simple, don't let that fool you. VPNs are backed by incredibly complex systems designed to put privacy first – well above speed and performance. With that said, you shouldn't be surprised if something goes wrong from time to time, even though today's VPNs are incredibly stable.

When you encounter a VPN issue, there could be two different reasons for that situation. First, something might be wrong with your VPN client, creating a software conflict that prevents you from using your VPN’s network up to its full speed. In that case, we recommend checking our VPN troubleshooting guide. You might also want to check our VPN error code fixes.

However, there also might be a temporary problem with your VPN's infrastructure. In that case, you need to wait for your VPN's team to react. In the meantime, you could try a different server or a different protocol, as VPN-side issues can often be related to malfunctioning ports.

How to Bypass This Issue? – If you suspect that your VPN is malfunctioning for any reason, we recommend contacting your VPN's customer support team. If your VPN offers live chat via its website, talking to its team will take only a couple of minutes, and you'll get valuable information on whether all of its systems are up and running.

There's no need to hide the fact that some VPNs come more optimized than others. Actually, when it comes to today's VPNs, there's plenty to choose from – especially if you need a VPN for a particular use case. So, to check your options, we recommend reading our guides on the best VPNs for media streaming, torrenting, and gaming.

If you need an all-around capable VPN that doesn't sacrifice its performance, check our guide on the fastest VPNs available now. You’ll find a range of options there, all of which are recommended based on our hands-on testing of more than 60 VPN services.

Lastly, we’d like to remind you that a fast VPN doesn’t have to be pricey. That's why it's crucial to do your research before buying a VPN. And also, that's why free VPN trials exist, letting you test-drive VPNs before making any payments.

How to Bypass This Issue? – If your VPN comes with underwhelming performance in the long run, the only option you have is to pick a different VPN. We recommend going for a VPN with generous money-back guarantees, eliminating any risk of spending your money on a product that doesn't live up to its promises.

Those would be the main 6 reasons why your VPN might be slow – including how to speed it up. If you have any questions for us, make sure to post your comment just below. And lastly, thank you for reading!