Can You Watch Disney Plus on Xfinity? 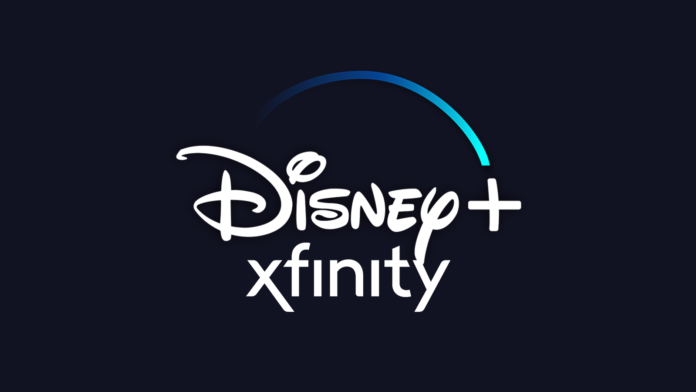 At the moment, Disney Plus isn’t available on Xfinity – including Xfinity X1, Xfinity Stream, and Xfinity Flex. However, know that Disney and Comcast have finally reached a deal to bring Disney Plus to Xfinity in the first quarter of 2021.

Until Disney Plus becomes officially available on Xfinity platforms, we have decided to offer a set of workarounds that require you use third-party hardware and a standalone Disney+ subscription. With that said, make sure to return soon for more up-to-date options.

You’ve probably found conflicting information online about whether Disney Plus is available on Xfinity platforms. In case you’re not aware of this situation, Disney has a strenuous relationship with Comcast (the owner of the Xfinity brand). This is one of the reasons why Disney-owned Hulu wasn’t available on Xfinity for a very long time (surprisingly enough, Hulu found its way to Xfinity Flex and X1 platforms in 2020).

Sadly, the same still applies to Disney Plus. Right now, the official Disney+ app isn’t available to Xfinity customers via their Comcast equipment. However, this doesn’t mean that you can’t watch Disney Plus on Xfinity – you just need to find a fully-functional workaround, and we’re here to present the best options.

You can Watch Disney Plus on Xfinity Using These Workarounds!

So, here’s how to watch Disney Plus on Xfinity. Or, more precisely, here are the most effective workarounds for Xfinity users in 2021.

Once you install Disney+ on your TV/smartphone/tablet, you use it independently from your Xfinity setup. It means that you can open the Disney+ app and log in the first time you use it (using your newly created Disney Plus credentials).

As you can see, there are a couple of workarounds on watching Disney Plus if you’re an Xfinity user. Keep in mind that you’ll interact with Disney+ outside of your Comcast equipment – which means that you won’t use your cable set-top box.

Will Xfinity Carry Disney Plus? Is There a Release Date?

It was recently announced that Disney Plus would come to Xfinity in the first quarter of 2021. This means that both Disney Plus and ESPN Plus will be natively integrated with the cable operator’s X1 and Xfinity Flex video platforms.

We can only hope that Comcast will stick to its promise. We’re saying that because OTT platforms were typically late to arrive at the cable operator’s systems. For example, HBO Max was announced back in May 2020, and we’re still waiting for that platform to get to Xfinity.

What Other Devices Are Compatible With Disney Plus?

As said earlier, Disney Plus is available on plenty of different types of devices. So, if you have an iOS or Android smartphone or even a gaming console, you can access this streaming app easily. Check out the following Disney+ set-up guides.

Does Xfinity Offer Disney Plus?

No, Xfinity does not offer Disney+ – and we’re talking about platforms such as X1, Flex, or any other Xfinity TV platform. If you have an Xfinity TV subscription, you can get some of Disney’s content via regular channels like Disney Channel, National Geographic, Disney Junior, and Disney XD.

When Will Disney Plus Arrive to Xfinity?

As per the current timeline, Disney Plus is expected to appear on X1 and Xfinity video platforms in the first quarter of 2021.

Can I Watch Disney Movies & TV Shows via Xfinity TV?

Yes, you can still watch a limited selection of Disney movies and TV shows if you have a suitable Xfinity TV package. This means that you’ll need to rely on TV channels like Disney Channel, National Geographic, Disney XD, and Disney Junior.

Keep in mind that those TV channels aren’t a replacement for Disney Plus – which hosts a large number of exclusive titles (available only on Disney+).

Can I Watch Disney Movies & Shows for Free via Xfinity on Demand?

Disney has pulled free-of-charge content from Xfinity’s On-Demand platform. However, there’s a selection of Disney movies on ‘Xfinity on Demand’ – which now come premium-priced. We’re talking about Star Wars, Marvel, and Pixar movies, among others.

Disney+ original movies and TV shows like The Mandalorian (for example) are exclusive to Disney Plus. This means that you won’t find those on ‘Xfinity on Demand.’

That would be all on how to watch Disney Plus on Xfinity in 2021. In case of any questions, know that you can always rely on TechNadu’s editorial team. Post your comment below, and we’ll respond to you as soon as possible. And of course, enjoy streaming Disney Plus!

It may be hard to believe, but the Fast and Furious franchise kickstarted 20 years ago. Since then, we've had eight films...
Read more
Discovery Plus

How to Fix Discovery Plus Too Many Streams Error

Discovery Plus has been around for a few weeks now, and people keep stumbling over various issues that they're unsure how to...
Read more
Discovery Plus

How to Fix Discovery Plus ‘No Internet Connection’ Error?

Discovery Plus is slowly making its way into people's homes, offering them a ton of content to watch. Some, however, have stumbled...
Read more
TechNews