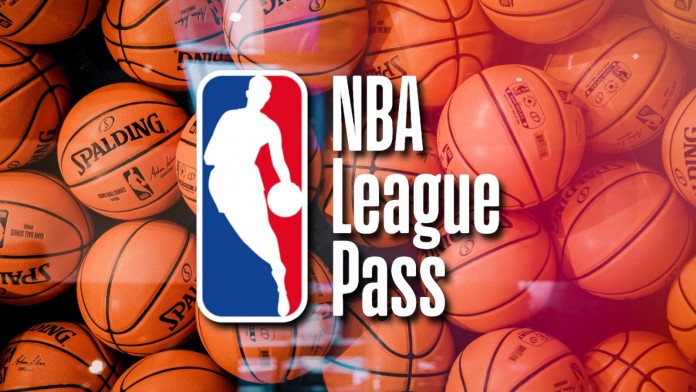 Know that finding and picking a VPN for NBA League Pass should be done carefully. Only a handful of VPNs can bypass blackout restrictions while giving you servers fast enough to stream live video. We're sure you don't want your money to go to waste, which is why we've prepared a set of bulletproof options.

With that said, keep on reading to discover the best VPNs for NBA League Pass. We'll also provide tips and answer any pressing questions along the way.

Why Do I Need a VPN for NBA League Pass?

You need a VPN for NBA League Pass to bypass blackouts. That means a VPN will help you hide your location and unblock any game at any moment.

VPNs hide your location by replacing your IP address with one pointing to a different region. If you're in the USA, for example, you can pick a VPN server in some other part of the country. NBA League Pass will read your new location and allow you to access your local team's games.

Of course, we're talking about streaming NBA games live, which is the point of using VPNs. No other workarounds are needed, as you'll continue to use NBA League Pass like you always do.

Aside from that, VPNs can be used for any other online activity. They can protect your privacy, encrypt your data, unblock new streaming services, and even make your Web connection faster (if there's selective throttling induced by your Internet provider).

If you want to learn more, head over to our guide explaining how to bypass NBA League Pass blackout restrictions.

Based on our hands-on tests, these are the 5 best VPNs for NBA League Pass that you'll find available right now:

If you're in a rush to decide, know that ExpressVPN comes as the best VPN for NBA League Pass you'll find on today's market. It checks all the right boxes, comes easy to use, and helps you to unblock NBA's steaming service with practically no effort.

Almost everything about ExpressVPN is top-notch. You get apps for any platform out there, including computers, smartphones, tablets, streaming devices, and more. The VPN gives you 5 simultaneous connections, with seems generous enough.

Aside from that, more advanced users might want to install it on a router, extending the VPN's coverage to smart TVs and other types of devices. And when it comes to using it, ExpressVPN has a straightforward interface, with access to 3,000+ servers. Many of those are available in the US, which is excellent for the American users of NBA League Pass.

Since ExpressVPN works great for unblocking sites, you can use its non-US servers to access other versions of NBA League Pass, many of which are significantly more affordable than the US version. So, ExpressVPN can help you save money as well.

If you're not yet impressed by this VPN's features, wait until you check our ExpressVPN review, where we talk about the VPN in-depth.

If you're after a simple-to-use VPN backed by advanced features, you're going to love NordVPN. Everything about this VPN is highly-polished, beginning with its user-centric interface that's suitable even for inexperienced users.

NordVPN is a long-standing VPN offering apps for any platform and device out there. You get 6 simultaneous connections, which makes unblocking NBA League Pass quite easy on practically any device out there.

This VPN has 5,000+ servers spread across 60 countries. Many of those are found in the United States, where NordVPN gives you an option to pick a location. That makes it easy to change your IP address by picking a different part of the US, giving you access to your local NBA games.

If you care about more advanced features, you'll find them all here. NordVPN helps you get rid of ads and malicious websites, connect to multiple VPN servers, download torrents, and protect your privacy in the most secure way possible.

With all of that said, it's easy to see why this is one of the best VPNs for NBA League Pass. To get to know more, turn to our NordVPN review.

Not many VPNs are specifically optimized for media streaming, making CyberGhost an interesting pick. Aside from unblocking NBA League Pass, this VPN will help you stream in the highest possible video resolution if you have a fast-enough Web connection.

Like all our recommendations, CyberGhost VPN also covers a huge range of devices and platforms. It also gives you 7 simultaneous connections and over 7,500+ servers spread across 90+ countries. As you can already guess, many of those are in the USA.

Even though CyberGhost's standard servers work perfectly fine with NBA League Pass, you can also count on its streaming-optimized servers. Those bring faster speeds and less noticeable throttling, which makes them suitable for streaming. Using those, you'll also unblock Netflix, Hulu, Disney Plus, HBO Max, Prime Video, as well as an endless range of international (non-English) streaming services.

The only downside is that CyberGhost isn't the fastest option out of the box. Still, you can try different protocols, which come with varying levels of impact on your connection's speed.

If you like everything we said so far, you should head over to our CyberGhost VPN review and learn more about this VPN.

Surfshark comes with a unique and very effective strategy. This VPN gives you tons of options, including some enticing extras, without ever overwhelming you. In fact, we highly recommend this VPN if you've never used a VPN before.

This is a relatively young VPN service, but that doesn't stop it from offering a whole slate of apps. Aside from that, this is the only option on our list to provide unlimited simultaneous connections. So, you won't have to worry about going over any limits.

As soon as you launch Surfshark for the first time, you'll see that everything makes sense. Just pick a server based on which version of NBA League Pass you want to unblock, and that's it. Surfshark will connect you, give you a new IP address, and you'll be free to start streaming.

If you decide to dive deeper, you'll find that Surfshark has a range of robust VPN protocols. It also helps you eliminate digital ads. There are also privacy-focused extras, giving you access to a private search engine, an antivirus app, and more. Based on what you need, you can customize Surfshark's offer and fine-tune your monthly cost.

We've only scratched the surface here. If you're considering subscribing to this VPN, make sure to check our Surfshark VPN review.

The final option on our list of the best VPN for NBA League Pass is a budget-friendly option. Called Ivacy, this is a simple VPN that gets the job done in no time. However, Ivacy can be used for online activities as well, so here's what you need to know.

No matter if you want NBA League Pass on your computer, smartphone, or streaming device, you'll find Ivacy's official app. Then, you get 10 simultaneous connections, which seems quite generous. Aside from that, over 3,500+ servers await, with many of those in the US capable of unblocking NBA League Pass.

This VPN doesn't overcomplicate things. You get a very simple interface, letting you connect to standard or specialized servers. So, you make your pick based on your planned activity. Aside from NBA League Pass, this VPN lets you access Netflix, Hulu, Disney Plus, and many other American and international streaming services.

However, know that Ivacy isn't the fastest VPN. It also doesn't give you an option to fine-tune your Web connection. Still, as long as you have a fast Web connection that can afford some throttling, this VPN will serve you well.

If you want to discover more details, we'll leave you to our Ivacy VPN review.

Does NBA League Pass Work Outside the US?

Yes, NBA League Pass works outside the US. It's available across the entire world, with the exception of a few countries.

However, certain blackout restrictions apply for NBA League Pass users in the United States and Canada. Users of other versions of the streaming platform can watch any game live without any restrictions.

Can I Watch Blacked Out NBA Games?

Yes, you can watch blacked-out NBA games – but only if you use a VPN service. That's because you need to change your location by changing your IP address.

NBA League Pass checks your IP each time you access its website or app. So, a VPN will change your IP while ensuring your data is encrypted (never revealing your actual location). That's how VPNs get to bypass sports blackouts.

How Do I Get Around NBA Blackouts Using a VPN?

To bypass NBA blackouts using a VPN, you must connect to a VPN server in a location where the game you want to watch is available for live streaming.

So, if you're on the United States' east coast, for example, you can connect to a VPN server on the west coast (or anywhere else). As soon as your VPN session becomes active, you can access NBA League Pass and start streaming.

Is It Legal to Use a VPN for NBA League Pass?

Using a VPN to bypass NBA League Pass blackouts is legal. It's not a civil or criminal offense, which means you have nothing to worry about.

However, technically speaking, NBA League Pass doesn't allow you to alter your access to the streaming service. Based on its terms of use, that could lead to having your account banned.

In the past, NBA League Pass did try to fight against VPNs by blocking individual providers. With that said, know that all of the VPNs listed in this article work without a hitch.

There is no free VPN that works with NBA League Pass. They all come with restricted bandwidth and speed, making it impossible to use them for streaming.

If you're on a tight budget, know that you don't have to spend a lot on a quality VPN. To help you narrow down your options, we offer our guide to the best VPN deals.

You might also want to look for the best cheap VPNs. Use the provided link to get to our list of hand-picked recommendations.

Without any doubt, the best VPN for NBA League Pass is ExpressVPN. That's the only VPN that checks all the right boxes, giving you a pleasurable streaming experience.

With ExpressVPN, you get tons of servers spread across the entire world. You also get highly polished applications, an easy installation method, and more.

That would be all on the best NBA League Pass VPNs. If you have any questions on your mind, share them via the comments section below. Thank you for reading!