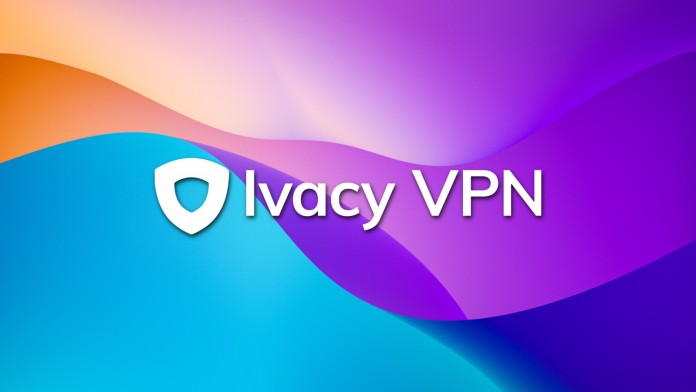 Ivacy has always tried to be a proactive VPN service, coming up with new features every once in a while. With that said, if you're an existing subscriber or if you're yet to become one, you'll want to know what's new in Ivacy VPN. That's where TechNadu's team comes into play, so join us as we explore Ivacy's latest developers.

This article lists the latest updates, developers, and new features found in Ivacy. However, if you want to take a much deeper look at this VPN service, head over to our hands-on Ivacy VPN review.

India's new Data Collection Directive aims to force VPN providers to log their users' names, physical addresses, IP addresses, as well as other personally identifiable information. So, to preserve and protect their users' privacy, many VPNs have already shut down their Indian servers, which is what Ivacy VPN has now done as well.

However, Ivacy VPN still allows you to obtain an Indian IP address. You can do that by connecting to a virtual location in Singapore. There are no changes to Ivacy's interface though, which means you can still select "India" when choosing a server.

This is a small but important change to Ivacy, which remains loyal to its subscribers and users, and has shown its dedication to being proactive in its response to ever-changing privacy laws across the world.

Apple's M1 chip has recently found its way to a broader range of notebooks, which means that we can expect more individuals to start relying on Apple's ARM architecture. And with that said, know that VPN brands have already started offering M1-optimized apps, with Surfshark and NordVPN being the first ones to provide such an option.

And now, Ivacy VPN has joined that race as well. As this VPN team explains, Ivacy for macOS is now fully compatible with Apple's ARM architecture, allowing the app to run 35% faster than before. Those aren't huge gains, but it's good to see Ivacy being more proactive lately.

Led by companies such as Amazon, Google, Comcast, and IBM, the IoXT Alliance has come up with standardized security and privacy requirements, giving its seal of approval to numerous hardware and software products.

It took a while for Ivacy VPN to reach more Web browsers, but aside from Firefox and Edge, Google's Chrome now also has access to a dedicated Ivacy extension. You can use it without having Ivacy's native app on your device, so even Chromebook users should have no issues.

However, we have to add that Ivacy's Chrome extension doesn't fully replace the VPN's native software, using which you get the highest level of encryption available. More precisely, we recommend using the Chrome extension only for unblocking media streaming websites, as that feature works without issues while also providing relatively fast Web speeds.

Even though we hoped to see a design refresh of its interface, Ivacy brought us the next best thing. In February 2021, this VPN launched a new members area, accessible via its website. Ivacy's subscribers can now get access to their subscription and account information using this new online portal.

More precisely, you can now check your invoice(s), your subscription's status, send customer support requests, and download Ivacy's apps - all from a single place.

In 2019, Huawei lost access to a number of Google-branded services, including the Play Store. That's the reason why this brand is now trying to attract Android apps to its own app store, available to users around the world. And with that said, know that Ivacy has decided to list its Android app in Huawei's App Gallery.

Therefore, no matter what smartphone you have, you can count on using Ivacy on the go. This VPN app is available on iOS and Android, as well as on Huawei smartphones, where it'll receive regular updates that improve the app's performance and functionality.

Startpage is a highly reputable private search engine, relying on Google's search results. It's designed to bring highly relevant search results without tracking or logging any kind of data. With that said, it has positioned itself as a viable alternative to Google.

In October 2020, Ivacy announced an all-new partnership with Startpage by integrating the private search engine into various Ivacy-branded apps. Users of this VPN are now prompted to start a private search once they connect to a secure server. This option takes Ivacy's users to Startpage, increasing their privacy even further.

Ivacy is one of the founding members of the 'i2Coalition' (Internet Infrastructure Coalition), created to lobby for privacy-friendly practices employed by cloud providers, data centers, domain registrars, and more.

To promote user-friendly practices, the i2 Coalition has created a VPN Trust Initiative, with Ivacy finding itself being endorsed by this organization. This means Ivacy meets a strict set of security, privacy, advertising principles, transparency, and social responsibility criteria.

'GamersOrigin' is a team of professional gamers based in Paris (France). This is one of the biggest e-sports clubs in Europe, winning numerous gaming tournaments. With that said, you can be sure that those guys are picky when it comes to their digital safety and security.

By partnering with GamersOrigin, Ivacy VPN is showing that gaming-related VPNs can offer a lot. This VPN has already been known for its high-end features designed for maximizing gameplay performance. However, this latest partnership is a testament to Ivacy's efforts.

What do you think about Ivacy? Are you already a subscriber, or do you plan to subscribe in the future? Let us know via the comments section below. And lastly, thanks for reading!