Why Is My VPN Not Working on Netflix? (How to Fix the Most Common Netflix VPN Issues) 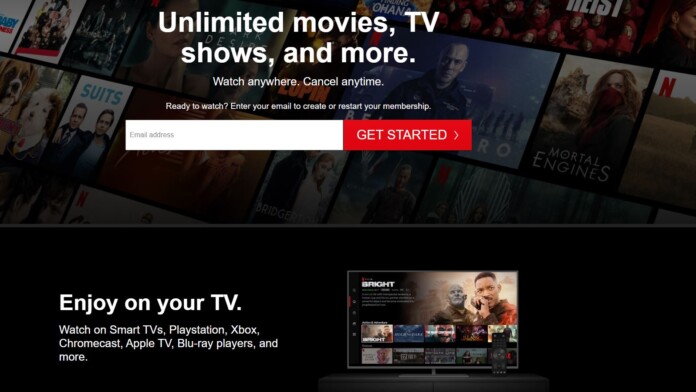 Like most people, you probably use a VPN with Netflix to get the most out of it. That doesn't always go off without a hitch, though. We actually see many Reddit posts and get tons of messages from our readers, all asking the same thing: why is my VPN not working on Netflix?

Well, it's probably because Netflix detected it and blocked it. Or maybe the VPN is leaking your geo-location. We'll show you the most common problems you'll encounter when using a VPN with Netflix and tell you how to get rid of them.

Why Is My VPN Not Working on Netflix? (Common Issues + Solutions)

We ran our own tests and checked what our readers and people on r/VPN and r/NetflixViaVPN complained about the most. After doing our research, we listed the most common problems in this section. Each one of them will have a dedicated subsection where we offer solutions.

This is by far the most common problem you'll encounter when using a VPN with Netflix. Here's what happens: Netflix detects that your traffic is coming from a VPN server. It then uses automated scripts to block the server's IP address and redirect all connections coming from it to the Netflix proxy error page.

This can happen after you log into your account, when you look up a title, when you hit Play on a title, while you're watching a movie or show, or when you access a Google link that's supposed to take you to a Netflix title (like googling "Netflix Demon Slayer" and clicking the first Netflix link).

Netflix has a dedicated support article for this error. Obviously, what they recommend is to disconnect from the VPN. But we have some better alternatives.

Here's a list of tips you can try to get rid of the proxy error. We tested all of them and were able to bypass the error screen.

If you want to read more about the Netflix proxy error and the tips we mentioned here, just check out our full guide.

Unlike the proxy error, Netflix doesn't have a dedicated support article for the NSES-404 error code. This message normally appears when you try to access a title that isn't available in your country.

If you see it while using a VPN, it likely means your browser's giving away your geolocation due to the tracking cookies it stores.

Basically, Netflix gets a connection request from an IP belonging to country X, but it detects tracking cookies from country Y when you log in. The site likely assumes you're from the second country (which doesn't have the title you want to unblock), so it sends you to the NSES-404 landing page.

Whenever we get this error code, we get rid of it by doing any of the following:

This one is a bit tricky since not a lot of people have experienced it yet. But we have seen people on Reddit complaining about it, and we also started experiencing this problem while using a VPN a few months ago.

Here's what happens: you use a VPN with Netflix, log in, and the site keeps saying you entered the wrong password or username. It doesn't matter how many times you make sure you're entering the right information, Netflix will keep saying it's wrong.

We're not 100% sure what's going on, but it might be one way that Netflix has started blocking VPN users. We contacted a few VPN providers to see what their support reps had to say, and it seems some of their users have complained about this too.

We're going to mention a few tips we tried out that worked, and some pointers offered by VPN support reps:

If none of those tips help, contact your VPN's support team. They might provide you with other tips that are specific to their service (like NordVPN did).

4. Ending up on Your Country's Library

Even though you're connecting to a VPN server in a different country, you still end up on your country's content library after logging in.

Netflix can probably see your real geolocation - either through tracking cookies or because your VPN is leaking data.

Let's assume tracking cookies are giving your geo-location away. To fix that, just use Netflix with a VPN in your browser's incognito/private mode. If you don't want to do that, you can also clear your browser's cookies and cache.

If VPN leaks are the problem, things are a bit more complicated. We recommend checking out this guide to understand what they are, what causes them, how to perform VPN leak tests, and how to fix most of them.

What Are the Best VPNs for Netflix?

Using a good Netflix VPN means you'll be less likely to deal with these problems. They refresh their IPs more often and offer powerful leak protection to make sure you can unblock Netflix without any issues. Plus, their support reps are normally available 24/7, so you'll always get help on the spot.

To find the best Netflix VPNs, we tested over 60 providers. In the end, these six VPNs came on top:

If you'd like to read more about each provider, just follow this link to check our in-depth guide to the best VPNs for Netflix.

In this section, we'll answer the questions that people ask very often about VPNs not working with Netflix. If you have more questions, just leave them in the comments, and we'll do our best to answer them as soon as we can.

Does Netflix Block All VPNs?

Yes - or at least it does its best to do that. Netflix doesn't just focus on a few VPN services and ignore the rest. It actually has a good detection and blocking system in place that covers all VPNs, proxies, Smart DNS services, and other unblockers.

Of course, some VPNs are able to bypass Netflix's blocks even if the site detects some of their servers. To do that, they refresh their IPs very often to make sure Netflix can't block them in time. Not all VPNs can do that because continuously leasing new IPs is pretty expensive.

Why Does Netflix Block VPNs?

They don't really have a choice. Netflix needs to do that. Otherwise, it could end up getting sued.

It sounds weird, but here's the thing - Netflix signs licensing agreements with copyright holders for the content they don't win. That way, they can legally stream it in certain countries. Since Netflix often doesn't get global licensing rights, they need to use geo-blocks to stop people from the countries they didn't get rights for from watching the movies and shows they licensed.

Obviously, Netflix also needs to take measures to make sure those people can't bypass their geo-blockades. If they wouldn't do that, it'd be a breach of the licensing agreements they signed. In that case, either the copyright holders or their competitors (who bought the rights for said countries) could sue them.

They explain it all pretty well in this support article.

Yes, and it's actually easier for Netflix to block them than paid VPNs.

Because free VPNs refresh their IPs less often. Like we just said, it's expensive, and free VPNs are, well, free - so they don't have a very sustainable business model to afford 24/7 access to Netflix. The best most of them can do is on-and-off access.

What's more, free VPNs are slower and have bandwidth caps. Having to deal with long load times, SD quality, and keeping track of data usage between episodes definitely isn't fun.

But if you'd still like to try using a free VPN with Netflix, use this article to find a reliable one. Or try a VPN with a free trial since it's a risk-free way of finding out if they work well with Netflix.

How Can Netflix Detect VPNs?

We can only guess since they don't say how they do it (why would they?).

Basically, we believe Netflix uses geo-location services to get access to databases that contain VPN IP addresses. IP2Location is an example of such a company since they sell proxy and VPN databases. We're not saying Netflix works with IP2Location, just that they might use such a service.

Once Netflix has the database, they use automated blocking scripts that trigger whenever their site receives connection requests from the IPs contained in them.

Besides that, Netflix could also program their platform to block IPs that are associated with multiple sign-ins. Essentially, if Netflix sees that 100 people are signing into their accounts using the same IP, it assumes the address belongs to a VPN and blocks it.

If you know how else Netflix can detect and block VPNs, please let us know in the comments.

Why Is My VPN Not Working on Netflix Even After Trying All Your Tips?

We're sorry to say this, but the issue is probably with your VPN, meaning it just can't unblock Netflix.

The only thing we can suggest is switching to a better VPN that works with Netflix. You can use our guide to find one.