How to Bypass NFL Game Pass Blackout Restrictions in 2022 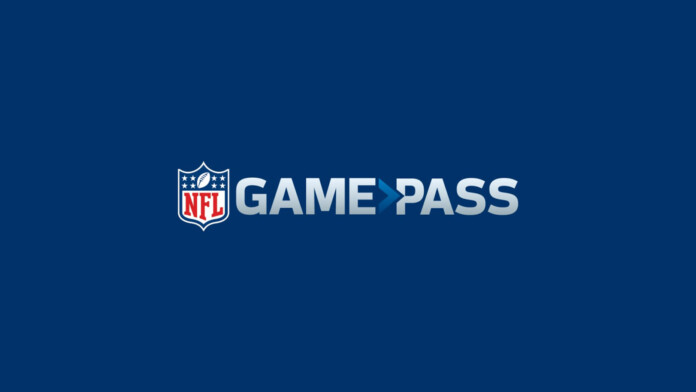 Even though 'NFL Game Pass' brings numerous benefits, it also comes with certain limitations. Among those, blackouts are one of the biggest drawbacks of this streaming platform. However, keep in mind that bypassing NFL Game Pass blackout restrictions is possible, and we're here to explain how that is done.

The fact is that there's only one method to bypass sports blackouts - and that would be to use a VPN application. However, you need one that works with 'NFL Game Pass' by changing your IP address and unblocking this streaming platform. And after having tested more than sixty VPNs so far, we know which one to recommend. So, let's dive right in, shall we?

How to Get Around NFL Game Pass Blackout Restrictions

Getting around 'NFL Game Pass' blackouts is done by using a VPN service. With that said, here's our step-by-step guide on what you need to do.

For more detailed instructions on how to install a VPN, you can turn to TechNadu's handy guides. With that said, here's how to install ExpressVPN on Windows, macOS, Linux, Android, iOS, and Firestick. If you use some other platform, feel free to search our website for a guide.

Based on our experience, we strongly recommend ExpressVPN. Still, you have other options as well, capable of unblocking NFL Game Pass International. Here's an overview of what to expect from each of our top three VPN recommendations.

Why Does the National Football League Impose Blackout Restrictions?

As a way to generate revenue, the NFL is using different kinds of channels to make agreements with TV networks and media streaming services. In other words, all parties try to earn money by either hosting or broadcasting games, which leads to broadcast exclusivity rights.

This is a highly complex topic, with many reasons why a particular game might be blacked out. And also, different rules apply to different types of games, as explained below.

Must Read: How to Bypass NBA League Pass Blackout Restrictions (Using a VPN)

Even if you have an NFL Game Pass subscription, all of the previously explained blackouts still apply. That means you actually won't get to watch NFL games live if you're in the USA. Instead, NFL Game Pass makes them available as soon as their live broadcast ends.

So, the question is – how does NFL Game Pass know your location? How does it know which blackout rules apply to your specific location?

Each time you access NFL Game Pass on any device, your IP address will be checked (in addition to other data that your Web connection transmits). This helps the streaming platform pinpoint your exact location, imposing blackouts when applicable.

As you can see, the trick here is to change your IP address. That's precisely what VPN apps are designed to do. Aside from that, there are plenty of reasons to use this type of software, as VPNs help boost your security and privacy online.

What Games Are Affected by 'NFL Game Pass' Blackouts this Season?

Considering that the NFL offers a dedicated streaming service (NFL Game Pass), you might think that you'll get to watch everything live. However, that's not the case.

NFL Game Pass doesn't offer live streaming of regular season and post-season games in the United States. Instead, games are made available shortly after they conclude.

When it comes to pre-season games, you'll get to watch games live – but only if they don't air nationally or locally within your market. Those games will become available on NFL Game Pass as per local blackout restrictions.

It's clear that NFL Game Pass imposes plenty of restrictions – where the biggest drawback is the inability to watch games live. However, this is precisely why we'd like to show you the differences between NFL's Game Pass available in the USA and the one available in other countries across the world.

Compared to any other version of NFL Game Pass, the US version is the most limited one. Here are the most significant differences between NFL Game Pass USA and International.

How Much Does NFL Game Pass Cost? Can You Save Money With an 'International' Subscription?

In the USA, NFL Game Pass is priced at $100. There's only one subscription plan, and you don't get live NFL games. However, the situation is quite different when it comes to NFL Game Pass International.

Depending on which country you come from or which country's VPN server you're using, you'll see different pricing plans. To give you an idea of how much these prices fluctuate, we've accessed several versions of NFL Game Pass International, as you can see below.

With that said, it's clear that you can save quite a bit of money if you go for NFL Game Pass International – while also getting to watch games live.

No matter if you're in the USA or elsewhere, you can purchase NFL Game Pass International. You can even pick a country from where to subscribe, saving plenty of money along the way.

Remember to first connect to a VPN server before accessing NFL Game Pass International. Also, once you decide to watch a game, connect to a server in the primary country of your NFL Game Pass subscription – and then open NFL's Game Pass website in your Web browser.

Can You Watch Super Bowl LVI via a VPN?

Yes, there's a way to live-stream the Super Bowl LVI. And yes, you can even watch it free of charge if you have a VPN subscription. Let's walk you through how this is done.

Is There a Way to Get Around NFL Game Pass Blackouts Without a VPN?

No, there's no other way to unblock NFL Game Pass or bypass blackouts - if you're not using a VPN app.

We want to note that you shouldn't trust everything you read online. Some proxy services are promising to let you get around NFL Game Pass blackouts. However, the majority of those don't offer money-back guarantees. As proxies are known for being highly unreliable, you'll most probably lose your money.

What About Free-of-Charge VPNs? Can Those VPNs Bypass Blackouts?

There's no free VPN that can unblock NFL Game Pass nor bypass any sports blackouts.

Free-of-charge VPNs might look enticing - until you start using them. You'll see plenty of marketing tricks here, which typically translate to an overly limited user experience. As free VPNs have incredibly strict bandwidth limitations, they're unusable for media streaming.

Also, we'd like to add that free VPNs are proven to leak sensitive data. The most dangerous ones are designed to propagate malware. Therefore, we strongly recommend staying as far as possible from free-of-charge VPNs.

We've tested dozens of VPNs. Out of those, the best VPN to bypass NFL Game Pass blackouts is ExpressVPN. Therefore, we strongly recommend subscribing to this capable and fast-performing VPN service.

On What Devices Can I Watch NFL Game Pass?

NFL Game Pass is present on pretty much any device. This means you can use it on iOS, iPadOS, Apple TV, Amazon Fire OS, Android TV, Roku, Xbox, and PlayStation consoles. On any other device, you can use an Internet browser to access NFL Game Pass.

What’s the Cheapest Region to Get NFL Game Pass International?

Based on our research, Brazil offers the cheapest NFL Game Pass subscription.

This brings us to the end of our guide on how to bypass NFL Game Pass blackouts. If you have any questions, make sure to post your comment below. And of course, don't forget to share this article online with your fellow NFL fans. Thanks!