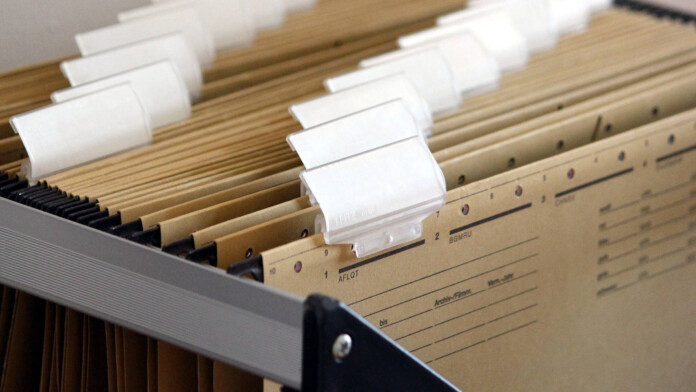 The primary purpose of any VPN service is to keep you safe and protected online. In other words, these tools are designed to ‘hide’ your Web traffic, so that you can become invisible online. However, when browsing different VPNs, you’ll see that there are many subtleties that differentiate them – and this includes their privacy policies as well. We’re sure that you need some help choosing a VPN that truly respects your privacy, and we’ve done our homework of checking their behind-the-scenes operations. This is why we’ll help you find the best no-logs VPN 2020.

Before we proceed, there’s one important thing to know. Just because a VPN says that it offers a ‘no-logs’ privacy policy, this doesn’t have to mean that your private data isn’t collected. You’ll be surprised by how many VPNs collect your IP address, timestamps, and some even include your Web browsing history. Of course, there are also malicious VPN applications and fake VPN websites designed to trick you into submitting your personal data. Therefore, make sure that you’re extremely careful when choosing a VPN, and spend some time trying to find the best no-logs VPN – and this effort will most certainly pay off soon enough.

The following recommendations aren’t only the best no-logs VPNs. Yes, they bring ironclad privacy policies that truly forbid these VPNs to collect any sensitive information. However, they also bring ultra-secure encryption and VPN protocols, many of these are independently audited, and many have proven via legal means that they don’t collect any data. With this said, we’ll help you pick the best VPN based on your needs, expectations, and budget – so, let’s get started.

ExpressVPN is, without a doubt, one of our very favorite VPN services to recommend. It’s essentially the mainstream, all-rounder darling of the VPN world, and keeps getting better with time as it seems. If you asked us which VPN should be your first choice today, then ExpressVPN would invariably be the answer.

But what about it’s logging policy? Does its data privacy protection match the other aspects of the service that we rate so highly? According to their own policies, their applications have been designed from the ground up not to collect anything that can be linked to you. They don’t collect IP addresses on your end of the VPN servers end. None of your browsing histories is kept. They don’t know where the traffic is going, they store no metadata, and even DNS queries are nowhere to be found. And on top of all this, this VPN has been recently audited by an independent team of experts.

To learn more about this VPN and its offer, including the way it handles your personal and private data, keep on reading our ExpressVPN review.

As our NordVPN review will tell you, this is one of the most secure and private VPN services on the market today. In addition to a double layer of encryption and one of the strictest logging policies, we’ve seen. Last year, the VPN service went through its first audit, which proved that NordVPN truly keeps on records on your PII data. And recently, this VPN went through an in-depth penetration testing as well.

NordVPN keeps nothing. They don’t track the time or duration of your sessions. No IP addresses of any kind are stored at all. Apart from being very secure and private, it’s just a great VPN in general. We like to recommend this option to complete beginners who want a very simple UI. Even though it’s powered by advanced technology, it needs very little input from your side.

Finally, it’s worth noting that thousands of servers await, many of which are capable of unlocking censored websites. You can even employ double encryption to make sure you’re untraceable online. However, know that double encryption will throttle your connection up to some point. Still, this definitely is one of the best no-logs VPNs in 2020.

VyprVPN comes from Switzerland, a country known for its neutral independent stance. This was a smart choice, considering that Switzerland isn’t part of any data intelligence alliance, such as the 5/9/14 Eyes Alliance. This country isn’t a member of the European Union, even though it’s surrounded by EU countries.

The owner of VyprVPN, Golden Frog, ordered an independent audit of this VPN’s services. The audit closely inspected all of the VyprVPN apps and found a few ‘holes’ that were promptly fixed, making this service waterproof in terms of any potential data leaks. And as you can see in our VyprVPN review, this VPN leaks nothing. In fact, you’ll now find a recently published version of this VPN’s apps, bringing an all-new UI along with plenty of fine-tuning available.

Plenty could be said about VyprVPN. And even though it’s not the fastest VPN right now, we believe that average home users will be more than happy using this VPN.

ProtonVPN takes great pride in its infrastructure and the way it handles personal data. This is a Swiss VPN service that promises to respect their users’ privacy. Aside from providing plenty of transparency, ProtonVPN has designed an infrastructure that respects your privacy from both hardware and software aspects.

Everything about ProtonVPN is fully transparent. You can see who’s running the company, you can check more about its founders online, and you can read articles about ProtonVPN published by Swiss media publications. In addition, this VPN has partnered with Mozilla in 2018, which gives you another clue of the reliability of this VPN. And needless to say, there are no reports of this VPN leaking any data, at any point in the past.

Overall, this is a highly capable VPN service. It can unblock some media streaming websites, supports torrenting, and come with incredibly fast performance. To learn more about all of these features, here’s our ProtonVPN review.

In our Private Internet Access Review, we praise this service for its simplicity. This is not a VPN service for technical geeks, but for those who just want everything to work without needing a degree in cybersecurity. At the same time, you could see the lack of deeper control over the VPN service as a negative too.

This is another service that writes no data about your activities to any hard drive on their system. They simply record nothing about you. Not even ‘anonymous’ data. Of course, this means that they can’t provide certain kinds of client support since they don’t know anything about your activities and, consequently, your problems. However, that might be a fair trade-off given how they have zero-tolerance for logging in any form at all.

As you can expect, this VPN went through independent audits of some of its systems in the past. However, we have to note that Private Internet Access had been pressured by the FBI in 2018. As is turned out, PIA proved that it doesn’t collect PII data as it had zero records to offer to the authorities.

So far, we talked about 5 best no-logs VPN services. However, this isn’t where this list ends. There are other reliable and highly respected VPNs that you should consider, as recommended in the table found below.

While we have your attention, let’s answer some of the most pressing questions that relate to the use of VPN services. So, here’s what you need to know about their privacy policies and the way they handle your personal data.

As said earlier, you need to be very careful when choosing a VPN. Preferably, you should go for a VPN that was audited by an independent party – such as ExpressVPN. Aside from protecting your privacy in the best way possible, this VPN ticks all the right boxes in terms of media streaming, downloading P2P files, and more.

What Does ‘No Logs VPN’ Mean?

In general, ‘no-logs’ VPN services don’t collect or keep any information that can identify what you do online. This means that the information such as your IP address, timestamps, or your Web browsing history isn’t collected. As a consequence, you will be completely anonymous when accessing the Web.

It’s true that the primary purpose of any VPN is to make you anonymous on the Web. However, VPNs fulfill this role with different levels of success.

There are VPNs that can expose your online information and even maliciously collect your private data, which is what HolaVPN was accused of doing. On the other end of the spectrum, we have VPNs like ExpressVPN and NordVPN – which are considered to the most secure ones on the market.

Can I Be Traced Through a VPN?

If you’re using a reliable and capable VPN, you can’t be traced on the Web. That’s because these VPNs come with ultra-secure encryption, which scrambles your Web browsing data – making it unreadable by anyone else. You can read more about this in our article on the safety of using VPN services.

We also need to note that free VPN services usually expose your private data – and we strongly recommend you to avoid those. These VPNs can’t offer the same level of protection as commercial VPN services, and many of them are built for malicious purposes.

Dear readers, this is where we conclude our article on the best no-logs VPN services in 2020. In case you think this article is helpful, why not share it online? Also, don’t forget to follow us on Facebook and Twitter. Thanks!