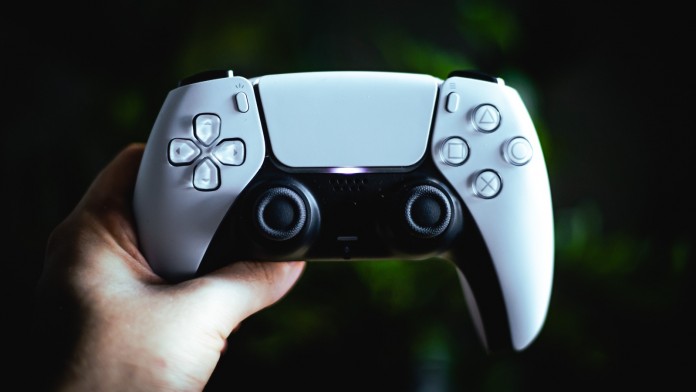 We bet you're mighty impressed with your PlayStation 5 console (who wouldn't be?). However, did you know that you can unlock a whole different side of your console using a VPN? That's true, as the best VPN for PS5 will help you reach more games, improve your online multiplayer experience, and even help you reach new media streaming services.

However, the thing about VPNs and PS5 is that combining them can be a challenging task. Since PlayStation consoles don't support VPN apps natively, you will need to resort to a workaround (which means you'll need to be very careful about which VPN you pick).

Don't worry, as we're here to teach you all there's to know. So, let's waste no more time and start talking about the best PS5 VPNs, how to pick one, how to install your chosen VPN, and we'll also share some actionable tips along the way.

Why Do You Need a VPN for PS5?

You need a VPN for your PS5 if you want to access games earlier than others, unblock games not available in your region, and more. Here's more info:

And now, here's what you want to know. Based on our research and hands-on testing, these are the 5 best VPNs for your PlayStation 5:

ExpressVPN is one of the most trusted VPN services on the market, and it continues to grow and expand day by day. The service also offers some of the best download and upload speeds out there, which means you won’t be struggling to download your games or stream high-quality 4K movies.

Another critical factor is latency, which affects your ability to remain competitive when it comes to online multiplayer games. ExpressVPN keeps your ping low across the board, even if you connect to a server that’s geographically far away from your actual location.

There’s also the fact that the service supports a wide variety of protocols, including Lightway, OpenVPN, and IKEv2. This VPN also comes with a kill switch designed to disable your Internet connection if something goes wrong with the VPN server you are connected to while playing.

Lastly, it’s also worth mentioning that ExpressVPN is available for various platforms, which makes it easy for anyone to set it up, regardless of whether you want to install it on a PC, a Mac, or even your router. A single subscription allows for up to five simultaneous connections, including your PS5.

For more information, turn to our hands-on ExpressVPN review.

NordVPN needs little introduction, given that it’s one of the most recognizable VPN brands in the world. The service has been around for many years, and it is one of the best choices you can make for your PlayStation 5 as well. With thousands of servers spread over dozens of countries all over the world, NordVPN has you covered wherever you may be.

Quantity does not take precedence over quality either, which is why all servers are very capable when it comes to download speeds. You should experience little-to-no overhead while the VPN is active, and you can also circumvent ISP throttling if that’s a problem you have to deal with.

As far as latency is concerned, NordVPN is about as fast as it gets, so you shouldn’t see much of a difference in terms of ping. This also depends on the protocol you use since some are slower than others. Thankfully, the service offers a variety of protocols to choose from, so you are not stuck with the default one.

NordVPN can also unblock all major streaming services, including Netflix, Hulu, and others. Up to six simultaneous connections are allowed per subscription, which is a pretty good deal - and on par with most other similar services.

Intrigued by this VPN service? If you are, don't forget to read our NordVPN review.

3. CyberGhost - Best If You're After Streaming & Entertainment

CyberGhost is a giant in terms of pure server count, which means you can connect to any server without worrying about bandwidth issues. The service is also well-known for its lenient view on P2P traffic, especially since it even has dedicated servers for torrenting.

In terms of download speeds and latency, CyberGhost VPN is up there with the best of them. You can push your connection to the limit without running into speed limitations, and there are also no transfer caps to worry about. Most servers also offer great ping, at least if you are not too far away from them.

If you plan on using your PlayStation 5 to stream Netflix, CyberGhost deals with geo-restricted content as well, and it even features special servers for this purpose. Many other streaming platforms are also supported, including Disney+ and Hulu.

The app can be installed on basically any kind of device, including PCs, Macs, routers, and various smart TVs. Once you purchase a subscription, CyberGhost allows you to connect up to seven different devices simultaneously, which should be plenty for most people.

We've only scratched the surface here. To get to know more, here's our CyberGhost VPN review.

Surfshark may seem like a bit of an underdog compared to the rest of the VPNs on this list, but the truth is that the service has made a name for itself when it comes to security and privacy. As such, even if it doesn’t have quite as many servers as the competition, you can still get incredible speeds and very low pings.

In fact, Surfshark’s servers are some of the fastest out there in terms of pure download speeds, which allows you to download your PS5 games or patches quickly. The fast speeds also factor in when it comes to streaming high bitrate content on platforms like Netflix without having to deal with long buffering times.

The app is also available on many devices, including Macs and Windows PCs. On top of that, one of the most attractive Surfshark features is the fact that a single subscription allows for unlimited simultaneous connections. You can connect every single one of your devices without paying for additional subscriptions, which is pretty rare in the VPN world.

Surfshark also comes with split-tunneling, a kill switch, and a healthy selection of protocols to choose from. Each one of these can help you keep your PS5 safe from attackers, not to mention the fact that you can also unblock all the major streaming services if that’s your thing.

Lastly, before you make up your mind, make sure to turn to our Surfshark review.

Private Internet Access is another well-known VPN provider and one of the most popular services of this kind. The sheer number of available servers and locations make PIA an excellent choice for PlayStation 5, as that allows you to gain access to games not available in your region.

On top of that, PIA can also work its magic when it comes to unblocking Netflix, so you don’t have to choose between gaming or watching movies. The download speeds are also very impressive across the board, as is the latency on most servers. Lag should not be an issue in multiplayer games.

It’s also effortless to install the app on basically any device, regardless of whether you are using a Mac, a PC, or a smartphone running Android or iOS. The list of available protocols is pretty long, with OpenVPN and IPSec being just some of your options. SOCKS5 is also available if you are in need of a proxy.

As you can expect, there are no bandwidth limits when it comes to downloads, so you can leave PIA running in the background while downloading your PlayStation 5 games. Up to 10 simultaneous connections are allowed per subscription, which is definitely enough for most households.

How To Choose the Best VPN for PS5?

The best VPN for PS5 should be fast, offer plenty of servers, and be easy to set up. Let's take a look at what exactly you need to keep in mind:

When it comes to setting up a VPN on your PlayStation 5, you have three options: use a custom DNS, use a VPN router, or share your VPN connection from your computer.

As you probably know by now, you can't install a VPN directly on your PlayStation 5. That's because your game console doesn't support VPN software (which is the case with any other game console, even those made by Microsoft and Nintendo).

With that said, here's more information on the ways you can set up a VPN on your PS5:

All three methods mentioned above are described more in-depth in our guide on setting up a VPN on a PlayStation. That should be your next Web destination, so don't hesitate to use the provided link.

Does Using a VPN for PS5 Boost Gaming Speeds?

If you optimize and fine-tune your VPN, then yes - a VPN can boost your PS5 gaming speeds (in terms of keeping your ping and latency in check).

Keep in mind that a VPN handles your Web connection (it doesn't handle your game's locally installed data in any way). Therefore, a VPN won't make your game perform better or give you more frames-per-second.

Your games will run the same, but their online (incoming and outgoing) data will be encrypted and kept private.

Is NordVPN Good for PS5?

Yes, NordVPN is a perfectly capable VPN for your PS5. However, know that we recommend it to a bit more advanced users.

That doesn't mean that newbies shouldn't use NordVPN. As long as you're willing to dive into VPN terminology and learn what each of NordVPN's features can do, you'll have a blast using this VPN.

Based on our tests, NordVPN is an incredibly secure VPN with high-end protocols and encryption. It's also very fast and known to unblock any type of digital content.

Unfortunately, no. You can't use a free VPN with your PS5 because they all come with heavy bandwidth and speed limitations.

Free VPNs aren't suitable for gaming because their servers limit the speed of your connection. Also, they drastically worsen your ping and latency, making online gaming impossible.

What Is the Best VPN for PS5?

Based on our tests, the best VPN for PS5 is ExpressVPN - bringing a combination of high-end security, privacy, content unblocking, and very fast speeds.

Aside from its capable slate of features, ExpressVPN also has a 30-day money-back policy. So, it comes as a risk-free purchase, which is another reason for us to recommend it.

That would be all on the best VPNs for PlayStation 5. If you have any questions, let us know via the comments section below. And finally, thank you for reading!