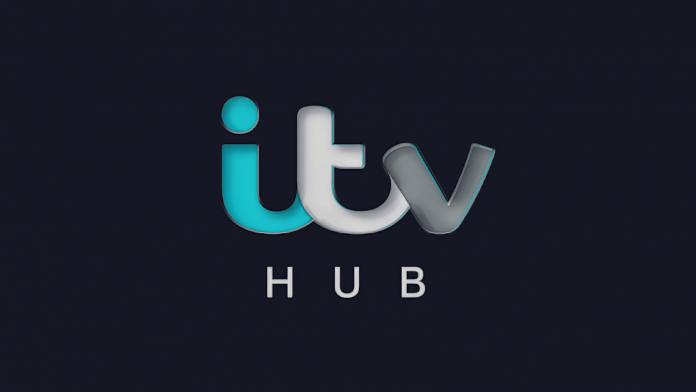 ITV Hub is among the most popular video-on-demand streaming services, serving ITV fans in the United Kingdom since 2008. However, the problem is that if you’re not in the UK, all those movies, TV shows, and live TV channels are out of your reach. Of course, that’s not a reason to give up, as all you need is the best free VPN for ITV Hub – which we’ll help you find.

Without a VPN, ITV Hub will be quick to detect your location. That’s when the following error message will appear: “Sorry! We’ve detected that you’re outside of the UK. Live TV and Catch Up are only available for viewing in the UK, as of December 31st, 2020.”

To bypass that obstacle, you need a UK IP address. To get one, you need a VPN that provides servers in the United Kingdom. However, that’s where you’ll encounter a problem since a very limited number of free VPNs have servers in the UK. On top of that, very few of those can unblock ITV Hub outside its country of origin.

So, even the best free VPN for ITV Hub will force you to make some compromises. So, our strong recommendation is to consider using a premium VPN. Keep reading to learn more.

How To Get a Free VPN Trial for ITV Hub

Getting started with a VPN capable of unblocking ITV Hub for free is quite easy. To make that happen, go through these steps:

ExpressVPN isn’t a free VPN – but you can use it for 30 days without any risk. If you change your mind (and we’re sure you won’t), you’ll get your money back without any questions asked.

Also, we recommend ExpressVPN over any free VPN because it’s the only VPN that works with ITV Hub without any issues. It has unlimited bandwidth, ultra-fast performance, and works on any device. So, it’s the best ITV Hub VPN available today.

The best free VPN for ITV Hub must unblock the streaming service on any device you own. That means it should provide servers in the UK, streaming-friendly speeds, and the ability to let you connect from multiple devices at once. We also recommend going for a VPN without any bandwidth and data limitations, but that’s a rarity in the world of free VPNs.

As you’re about to see, not many VPNs meet the requirements set above. With that said, these are the 4 best free VPNs for ITV Hub:

If you’re looking for the simplest way to unblock ITV Hub outside the UK, your pick should be ExpressVPN. It comes as the most capable VPN on today’s global market, featuring an army of servers in the UK. On top of that, it works with practically any other streaming platform.

First of all, ExpressVPN works on any device. As you probably know, you can stream ITV Hub via its website and dedicated apps for phones, tablets, and streaming devices. Well, ExpressVPN matches that by offering native apps across the board. On top of that, it lets you connect from 5 devices simultaneously.

Also, ExpressVPN features a sizeable server network. It has 3,000+ servers in 94 countries. In the UK, multiple VPN locations are available. They all work with ITV Hub, as well as with other UK-based streaming services (like iPlayer, BritBox, and more).

More importantly, it’s the fastest VPN available now, making it possible to stream ITV Hub even if you don’t have an ultra-fast connection. Needless to say, it has no limitations in terms of bandwidth or data allowance, which you won’t find in free VPN services.

We’ll also highlight that ExpressVPN is a premium VPN. However, it comes with a no-questions-asked 30-day money-back policy. So, you can try it for 30 days without any risks involved.

NordVPN is among the most capable VPNs, known for its transparency, an endless set of features, and user-friendliness. That said, it’s among the best options for streaming and privacy, targeting both inexperienced and highly experienced users.

This is a time-proven VPN service with many years of serving millions of its customers. So, it’s no surprise that it offers apps for any platform. No matter what device you use to access and stream ITV Hub, NordVPN will be there to support you. On top of that, you get 6 simultaneous connections, which seems generous enough.

NordVPN has 5,500+ servers in around 60 countries. Of course, many of those servers are found in the United Kingdom, capable of unblocking ITV Hub and other UK-based platforms (such as iPlayer, for example). Most of its UK-based servers should unblock ITV Hub just fine, but know that NordVPN’s streaming-friendly servers aren’t labeled (so creating a list of your favorite servers requires a bit of trial and error).

Let’s also mention that NordVPN is quite fast, especially if you don’t use overly remote servers. There’s also plenty to fine-tune, as NordVPN offers multiple encryption protocols. It also has tools to block ads, malicious websites, and malware. That’s why we recommend it to those looking for a streaming- and privacy-friendly VPN.

NordVPN has a handy customer support system. Live chat is also available, which means any questions or issues you might experience will be resolved in under a couple of minutes. There’s also a 30-day money-back guarantee, which means you can try this premium VPN risk-free.

Take a deeper look by reading our NordVPN review.

The best truly free VPN for ITV Hub is Windscribe, which is one of the most recognizable VPN brands out there. It unblocks ITV Hub just fine (and yes, we’ve tested all the VPNs recommended in this article) – but being a free VPN means it has some limitations.

The good news is that you can use Windscribe on any platform. It offers Windows, macOS, Linux, iOS, and Android apps. There are even Web browser extensions and apps for media streaming devices. Therefore, Windscribe will help you unblock ITV Hub on any device. On top of that, this VPN allows unlimited simultaneous connections.

However, the bad news is that Windscribe limits what you can do on the Web. It comes with strict data allowances, limited to only 2 GB for those who register without an email address. If you provide your email address, you’ll get 10 GB per month. Streaming is a bandwidth-hungry activity, so you’ll need to be careful about how you’ll use ITV Hub.

Nonetheless, Windscribe is a powerful VPN overall. It works with many UK-based streaming services. Aside from that, it protects your Web traffic using the highest level of commercially available encryption. You won’t have access to all its servers and features, but its free tier provides a good way to stream ITV Hub and protect your privacy from time to time.

For more information, you can turn to our guide that explains the differences between Windscribe’s free and premium plans. Then, you can check our Windscribe review.

Aside from Windscribe, TunnelBear is the only 100% free VPN that lets you access ITV Hub outside the UK. However, it has strict data limitations that force you to jump through many hoops. So, here’s a brief overview of what to expect.

TunnelBear is available on Windows, macOS, iPhone, and Android, and there are extensions for Chrome and Firefox. That means you’ll be limited to your computer, phone, and tablet. It also supports up to 5 simultaneous connections, which you won’t get to fully test as this VPN limits you to 500 MB per month.

You can increase that limit to 1GB of data per month if you tweet about this VPN service. In the past, we’ve also seen promotions that allowed TunnelBear users to increase their data allowance. However, the bottom line is that you’ll be very restricted.

Of course, you can always register for several TunnelBear accounts and switch between those as you stream ITV Hub. However, we’re sure you’ll find that process to be tedious. Frankly speaking, no free VPN brings unlimited ITV Hub streaming. With that said, TunnelBear is still a good option – but only if you stream occasionally and in the lowest video quality possible.

To check what else you can expect, here’s our TunnelBear review, where we focused on talking about its premium version.

We believe the best free VPN for ITV Hub is ExpressVPN. It’s true that ExpressVPN isn’t exactly free – but you can take advantage of its 30-day trial, without any risks involved. That’s the best option for ITV Hub right now, as no free VPN will let you stream media without jumping through many hoops and hoping for the best.

To check other options, we offer you our guide to the best VPNs for streaming. You’ll find nothing but solid options there, many of which are affordable. Most importantly, all of those will let you access ITV Hub without any hassle, which is something you can’t expect from free-of-charge VPN services.

Does ITV Hub Work With a VPN?

Yes, ITV Hub works with VPNs. However, you must be careful about which one you’ll pick, as not all VPNs are equally suitable for media streaming.

Which VPN Is Best for ITV Hub?

Per our tests, the best VPN for ITV Hub is ExpressVPN as it brings native software across the board, it’s very fast, and unblocks ITV Hub every single time.

On top of that, you can try ExpressVPN risk-free as it offers 30-day money-back guarantees. That means you won’t have anything to lose if you go with our recommendation.

Is ExpressVPN Good for ITV Hub?

Yes, ExpressVPN is more than good for ITV Hub as well as for streaming in general. In fact, it’s the best option you have right now.

Can I Watch ITV Hub Abroad for Free?

You can watch ITV Hub abroad for free – but only if you use a VPN service. That’s because you need a UK IP address to access that streaming service.

For more information, turn to our guide that explains how to watch ITV Hub abroad. We also have specific directions for those from the USA, Canada, Australia, Ireland, Scotland, France, Italy, and Spain.

Can I Use a Free VPN to Watch ITV Hub?

As mentioned in this guide, you can use a free VPN to watch ITV Hub. For example, Windscribe and TunnelBear allow you to use their UK servers to unblock ITV Hub.

However, both those VPNs come with strict data allowances. That means you’ll be limited by the amount of data each of those VPNs give you per month. If you want to stream ITV Hub without limitations, you should try ExpressVPN.

That’s all for our guide on the best free VPNs for ITV Hub. Feel free to use the comments section below if you have anything to add. Thank you for reading!