Why Does Hulu Block VPN Services? 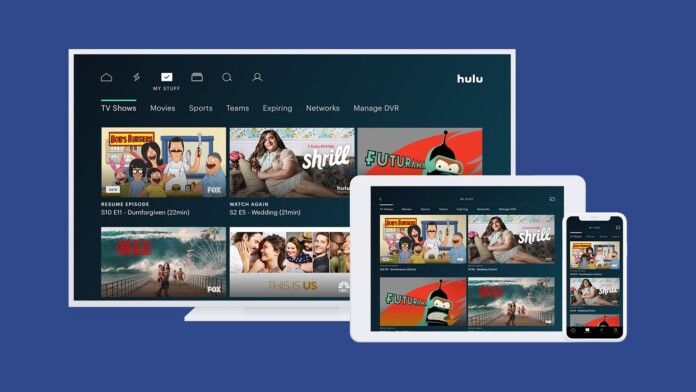 Just like any other media streaming service, Hulu is also bound by content licensing issues and restrictions. This is even more prominent for services like Hulu, sourcing their content from a large number of content producers (which includes movie studios, TV networks, and more). That’s the shortest possible answer to why does Hulu block VPN services.

However, there’s no reason to give up on the idea of using a VPN to bypass Hulu’s content restrictions. And for that purpose, we’ll dive deeper into this topic. So, make sure to join us.

Hulu Blocks VPNs Due to Content Licensing – Here’s How & Why!

Content licensing is a complex topic, as it requires you to dive into business relationships between media companies that own today’s streaming services. With that said, know that Disney owns Hulu (previously owned by Comcast) since 2019. You might also know that Disney has its own streaming service, called Disney Plus. However, did you know that The Disney Walt Company also owns (in part or entirely) brands such as ABC, ESPN, Marvel, Lucasfilm, A&E, The History Channel, Lifetime, Pixar, Hollywood Records, and plenty more?

With that said, The Walt Disney Company owns a whole slate of movies and TV shows, all of which are on offer via Hulu and Disney Plus. On top of that, this company generates revenue by selling broadcast/streaming rights to third parties all across the globe.

And then, to make its selection of content more diverse, Hulu produces its own content (such as The Handmaid’s Tale, Normal People, Castle Rock, Casual, and more) and buys content licenses for third-party content (from movie studios and TV networks).

As you can see, this is a very complex story backed by millions of dollars in investments. That’s precisely why Hulu blocks VPN services, preventing its content from reaching more markets before Hulu expands to other markets. And also, content licenses are purchased for individual countries, which is another reason why Hulu tries to battle against VPNs.

So, Does That Make It Illegal to Use a VPN With Hulu?

Hulu doesn’t mention VPN services via its legal document in a direct way. However, it does say that you’re not allowed to “remove, alter, bypass, avoid, interfere with, or circumvent any copyright, trademark, or other proprietary notices marked on the Content or any digital rights management mechanism, device, or other content protection or access control measure associated with the Content including geo-filtering mechanisms.”

Sounds quite complicated, right? Well, that’s a very convoluted sentence, but its message is clear. Using a VPN to bypass Hulu’s content restriction is against the service’s Terms of Use, and as a result, your Hulu account could be blocked and banned.

Now, keep in mind that Hulu has been around since 2008, and during all that time, we haven’t heard about a single instance of someone getting banned for using a VPN. The worst that could happen is seeing an error message when trying to access Hulu (and yes, this digital service has become incredibly “diligent” in blocking VPNs, much more than any of its competitors).

Which VPN Works With Hulu? Which One Is the Best?

As noted just above, not many VPNs still work with Hulu. However, don’t worry, as you still have several good options – led by none other than ExpressVPN.

At the moment, ExpressVPN is your best option for unblocking Hulu from anywhere. We’ve been testing it out and using it on a daily basis for a while now. However, if you want to see what else is out there, here’s our overview of the best VPNs for Hulu.

We also have some more good news. ExpressVPN lets you unblock and access existing Hulu subscriptions and allows you to sign up from abroad. To get more information about that, here’s how to watch Hulu outside the US. Additionally, here’s how to watch Hulu + Live TV outside the US (but keep in mind that you’ll need an existing subscription for that).

And finally, if your VPN doesn’t work with Hulu, it’s worth trying to fix that issue before you set out to find another VPN. Our guide to resolving VPN-related issues with Hulu will help you do just that.

Those would be the reasons why Hulu blocks VPN services, as well as why and which VPN you should use to access this OTT service. Feel free to share your thoughts via the comments section below. And lastly, thanks for reading!