How to Watch Disney+ Hotstar Outside India for FREE in 2022 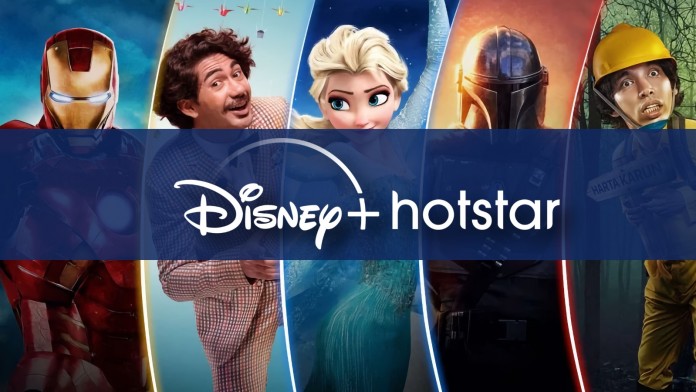 Disney+ Hotstar is an indispensable source of Indian movies, TV shows, and sports. However, the truth is that it's available in select countries only. Furthermore, it doesn't offer the same content library globally but instead offers country-based libraries that greatly vary in size. With that said, you'll want to know how to watch Disney+ Hotstar outside India, as that's the most extensive library you'll find out there (containing free content).

Right off the bat, know that you'll need to use a VPN service. That's the most effective way to unblock Disney+ Hotstar. However, we'll show you which one to use, as well as how to use one. So, let's jump right in!

Where Is Disney+ Hotstar Available?

At the moment, Hotstar is available in India, Indonesia, Malaysia, Thailand, and the Philippines (as 'Disney+ Hotstar’). It’s also available in the UK, Canada, and Singapore (as 'Hotstar').

With that said, the media streaming service will try to re-route you to the version available in your country or region. If such a version doesn't exist, Hotstar will stop loading its content.

Since Disney+ Hotstar comes in many regional variants, we advise you to access the Indian version of this streaming service. That way, you'll also get plenty of free movies and TV shows. You don't even have to create a Hotstar account to access those titles.

How to Watch Disney+ Hotstar Outside India

So, if you want to watch Disney+ Hotstar outside India in 2022, go through these 5 steps:

Keep in mind that unblocking Disney+ Hotstar has become incredibly hard to do. Therefore, pick a VPN that deserves your trust in that regard. Based on our hands-on tests, the best option by far would be ExpressVPN (which comes as the best VPN overall).

We’ve been using ExpressVPN to watch Hotstar outside India for a long time now. This is the only VPN that never managed to disappoint us. With that said, know that you’ll get plenty of servers in India, several VPN protocols, and the ability to stream in high-definition.

If you’d like to check other options, we’ll point you to our overview of the best VPNs for media streaming, where you’ll find proven VPNs that also come with money-back guarantees.

Next, subscribe to ExpressVPN (keep in mind that we'll use this VPN to give you a concrete example of how to unblock Disney+ Hotstar). Once you land on its site, pick a subscription plan. Review your options as long-term plans come with significant discounts.

Once you pick a plan, provide your email address and choose a payment method. ExpressVPN will send you a confirmation email once done, so don’t forget to check your inbox. That’s when you can proceed to the next step.

To watch Disney+ Hotstar outside India, you need to use a Web browser (our recommendation is to use your computer and not a mobile device). With that said, here's how to download, install, and use ExpressVPN across all of its 60+ supported devices. Pay special attention to our guides on setting up ExpressVPN on Windows and macOS.

Then, prepare the VPN for use by launching it first. Use your ExpressVPN activation code to log in and follow the on-screen prompts. Before you get to the next step, you need to reach this VPN’s home screen.

Step #4: Connect to a VPN Server in India

Finally, it’s time to get an Indian IP address by connecting to a VPN server in that country. So, start from ExpressVPN’s home screen, where you’ll see a button just below the ON/OFF switch. Select that button to list all of the servers offered by ExpressVPN.

Now, use the search bar you’ll see at the top to search for 'India.' Connect to the 'India - Chennai' server as that one works with Disney+ Hotstar. After a couple of moments, ExpressVPN will connect you. Once that happens, the upper portion of its home screen will turn green.

Finally, you can use any Web browser to visit Hotstar’s website. You’ll get access to its free content, including a wide range of movies and TV shows. Therefore, select any title – and ExpressVPN will help you stream that video. Of course, if you already have a premium subscription, you'll get to log in and access your library from anywhere.

What Can I Watch on Disney+ Hotstar?

Disney+ Hotstar is filled with all kinds of amazing content - including (but not limited to) films, TV shows, documentaries, cartoons, and sports-focused content.

One of the initial reasons for Hotstar's popularity was its sports content. Even after merging with Disney, Hotstar is still the best place to follow Indian cricket, in addition to football, athletics, tennis, hockey, and more. The streaming service holds exclusive rights to many cricket matches and leagues, which means you won't find a viable alternative.

When it comes to Hotstar's movies, there are thousands of titles at the moment. You'll find them in the following languages: Hindi, Bengali, Telugu, Malayalam, Tamil, Marathi, Kannada, and English. As expected, both classics and brand-new blockbusters are on offer.

Lastly, when it comes to Hotstar's TV shows, they come from partners such as Star, Quix, and Asianet. If you're into American TV shows, you'll find a huge range of titles supplied by HBO, ABC, Showtime, and the American version of Disney+.

Let's not forget that Disney+ Hotstar comes with free content as well. An ever-changing library of free movies and TV shows is available, funded by ads. That means you won't have to create an account (so, if you're outside India, a VPN will do the job).

Can't Access Disney+ Hotstar Outside India with a VPN? - Use These Troubleshooting Steps!

Unblocking Disney+ Hotstar outside India should be an easy process. However, just like with any other type of software, VPNs can encounter (temporary) problems. So, if you're having trouble accessing Disney+ Hotstar while using a VPN, do the following:

Our guide to troubleshooting VPN apps offers additional things to try, so make sure to check it if you need more options. And also, you can check our guide to resolving VPN error codes.

What Is Disney+ Hotstar?

Disney+ Hotstar is an on-demand media streaming service originating from India (it's available across a small group of countries at the moment).

Initially, it was known as 'Hotstar,' bringing an endless selection of Indian movies, TV shows, documentaries, and sports content. However, once it merged with Disney+, a wide range of American content arrived, including movie franchises like Star Wars and Marvel.

Yes, the Indian version of Hotstar (now known as 'Disney+ Hotstar') still comes free of charge (which applies to a portion of its content).

You don’t even have to register for a Hotstar account (but you’ll need a VPN if you’re not in India). That means those titles are supported by ads, so make sure to disable any adblockers you might use (as those can cause technical issues with streaming).

How Do I Pay for Disney+ Hotstar Outside India?

There's no way to pay for Hotstar outside of India, as you're required to register for an account using an Indian phone number. However, you can access its free version instead.

In theory, if you're an Indian citizen traveling or living abroad, you can sign up for Hotstar. You'll need an Indian phone number and a payment method associated with the country.

Can I Use Indian Hotstar in the US?

Yes, you can use Indian Hotstar in the US. However, you’ll need to use a VPN to connect to a server in India, which will unblock Disney+ Hotstar from anywhere.

Is It Illegal to Watch Hotstar Outside India with a VPN?

No, it's not illegal to watch Hotstar while using a VPN. However, keep in mind that you'll be doing something that's against the streaming service's rules.

Like most streaming services, Disney+ Hotstar blocks connections from outside India due to broadcasting (streaming) rights. Since it is not allowed to offer that content outside India's borders, Hotstar imposes digital geo-blocks.

Therefore, it also prohibits the use of encrypted connections (which is what VPNs offer). Still, there is not a single report of anyone being sanctioned for using a VPN.

Can I Watch Disney+ Hotstar Outside India without a VPN?

Since Hotstar has advanced anti-VPN systems, it's not possible to use any other method of bypassing its geo-blocks. A VPN is the only way to go.

How Can I Watch Disney+ Hotstar Outside India?

The best way to access and watch Disney+ Hotstar outside India is by using a VPN. More precisely, our strong recommendation is to use ExpressVPN.

That would be all on how to watch Hotstar outside India. If you have any questions or doubts, feel free to share them via the comments section below. And finally, thanks for reading!