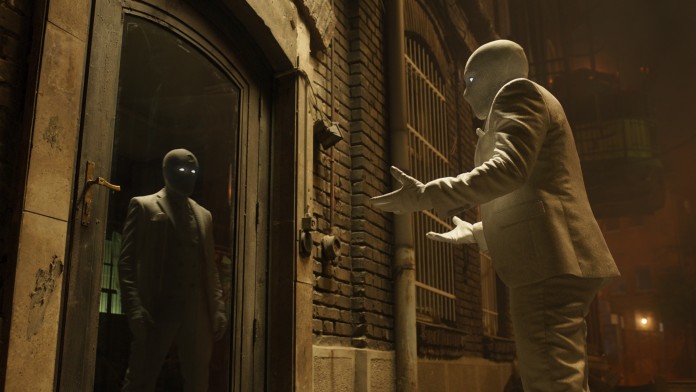 Marvel Studios' Moon Knight series launch date and trailer were announced, and everyone is super excited to see it. This is one of the most anticipated Marvel series this year, as we get to see a new hero brought forth. We will be able to easily watch all of it online, so let's see when, where, and how to stream Moon Knight.

Disney Plus has in store several originals and other movies and series prepared to land on the platform in 2022.

The new Moon Knight series signed by Marvel will premiere on Disney Plus on Wednesday, March 30, 2022.

What Time Does Moon Knight Come Out on Disney+?

The new content usually lands on the Disney Plus streaming platform on Wednesday, March 30, 2022, at 12:01 AM PT (3:01 AM ET). This means you can either stay up late to watch the first episode or wait until you wake up - it's your choice.

How to Watch Moon Knight on Disney+?

Well, Marvel's Moon Knight is a Disney Plus original series, and that means you can only watch Moon Knight on Disney Plus, at least for the time being. So, if you own an account with the streaming service, you can watch each episode on-demand after the time of its publishing on the platform, on all of your compatible devices, from anywhere (keep in mind the geo-blocks, though).

All you need to do is to subscribe to Disney Plus as a standalone service, or you can save 25% if you go for the Disney Plus, ESPN Plus, and Hulu bundle deal.

Here are the subscription prices in a few countries:

The first Moon Knight trailer that Disney Plus aired during the Halftime show of the NFL Super Wild Card matchup between the Arizona Cardinals and Los Angeles Rams confirmed the fact that we'll see how the main character becomes the twisted Moon Knight character, and we get some more hints about the plot.

In the trailer, our main character can't seem to tell the difference between dreams and reality, as one moment, he plays with a Rubik's cube, unable to fall asleep, and the next, he jumps out of bed, panicked, to find his foot chained to his bed - so him turning relates to his frequent blackouts and lack of sleep. He gets to see a glimpse of his future Moon Knight persona in a mirror and then has a vivid vision of Khonshu following him in the hallway of the National Art Museum where an Ancient Egypt exhibition is on display.

Later on, he meets the villain played by Ethan Hawke, who seems fascinated by what is happening to the lead character. The trailer ends as the mummy wraps shroud his body, building the Moon Knight costume.

How Many Episodes of Moon Knight Will Be Released?

Right now, we know that Moon Knight Season 1 was confirmed to consist of six episodes of about 40–50 minutes.

What Is the Moon Knight Release Schedule?

Every next episode will be available to stream at the same hour on Wednesdays after the series launch, with the following schedule:

Who Is in the Moon Knight Cast?

This action-adventure series follows a mild-mannered gift shop employee called Steven Grant, as he gets increasing blackouts and becomes invaded with memories of another life. This is how Steven discovers he has dissociative identity disorder and shares a body with a wealthy mercenary and former U.S. marine Marc Spector. After almost dying during a mission in Sudan, Spector is left in front of a statue of the Egyptian moon god Khonshu, who saves him by bestowing upon him the title of "moon's knight" and giving him a magic artifact - an Egyptian ankh.

He ultimately turns into a complex vigilante called Moon Knight after he is granted the powers of the Egyptian moon god. Yet, he suffers from a dissociative identity disorder, so this means we will get to see the five personas inside him manifesting as distinct characters. In the comics, Moon Knight is occasionally gifted with enhanced strength (on the full moon nights), foretelling visions and dreams - and he can also drain people's lives just by touching their bodies.

Disney says that as Steven and Marc's enemies close in on them, they must navigate their complex identities while thrust into a deadly mystery among the powerful gods of Egypt, so this means we'll be presented with several ancient god figures in the series, in a background of Egyptian imagery. We also see Doctor Arthur Harrow in the trailer, a mad scientist who used to experiment on people and who is obsessed with pain, even working on a "Pain theory," but we don't know exactly what his input will be here.

When Does Moon Knight Take Place on the MCU Timeline?

We do know that Moon Knight is a part of Phase 4 of the Marvel Cinematic Universe, next to the WandaVision, Loki, The Falcon and the Winter Soldier, What If, and Hawkeye series that you can find on Disney Plus. Promotional media for the series have already featured a small Easter egg connected to The Falcon and the Winter Soldier, confirming that Moon Knight take place after Avengers: Endgame in the MCU timeline.

That is because the trailers showed a bus in London with an ad for the GRC (Global Repatriation Council), an international council formed to help those who vanished from Thanos' snap and returned five years later. As a result, Moon Knight's place on the MCU timeline sometime after 2023, and is more than likely set in the first half of 2024. This would mean it takes place at roughly the same time as Shang-Chi and Falcon & Winter Soldier.

Can I Watch Moon Knight on Disney Plus for Free?

Good news for new and existing Verizon customers - if you're a Verizon subscriber, you're eligible for six months of free Disney Plus with select Unlimited plans, so you can watch Moon Knight on Disney Plus for free. You pay $7.99 per month after the free six months end (which is the standard price for a standalone Disney Plus subscription on the streaming platform). Verizon also offers the Disney Bundle for Unlimited subscribers. Unfortunately, this is the only way to watch Moon Knight on Disney Plus for free since the streaming platform does not offer a free trial on its own anymore.

There are also on-and-off promotions that include the service for free with Amazon Music Unlimited or Xbox Game Pass Ultimate, so you should check those services as well.

This is all on how to watch Moon Knight on Disney Plus - we hope you will enjoy watching this new Marvel series as much as we will. And lastly, thank you for visiting TechNadu!