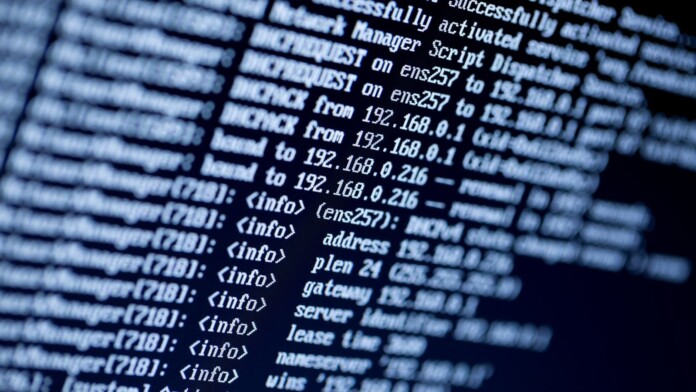 There are tons of online guides that talk about how you can hide your IP address (here's our own). But we have yet to see one discussing how to hide VPN IP addresses.

And we've seen some Reddit users ask that question. Plus, some of our readers have been asking us that too.

So we went ahead and covered that topic in this quick article. It should only take you about six or seven minutes to go through it, so check it out. If you're in a hurry, though, just use our Table of Contents to get to the part that interests you the most.

Yes, they are. If anyone tells you they're invisible, they're lying to you. After all, if they weren't visible, the server couldn't communicate with the Internet or your device.

Your ISP or any network admin can easily see the IP address of the VPN server you connect to. Don't forget - the connection is running on their network, and they have total control over it.

Here's a basic example of how everything looks like on their end:

The Destination IP is the VPN server's IP address. Because it has no DNS resolution next to it (a website name), ISPs and network admins will assume it belongs to a VPN or proxy. Oh, and the IP addresses we used in the example are random.

Related: What Kind of Data Can Your ISP See When You Use a VPN? (Complete Guide)

Why Would Anyone Want to Hide VPN IP Addresses?

The only reason you might want to do this is to stop your ISP or network admin from blocking the VPN you're using.

Don't forget - if they can see the server's IP address, they can use firewalls to block it. Basically, they enforce traffic rules that say your device can't connect to the VPN server as long as you're on their network.

As far as we can tell, you have four options:

1. Use Another VPN Server

Let's start with the most convenient option - using a double VPN connection. It sounds fancy, but it just means you'll connect to a secondary VPN server before connecting to the primary server.

So instead of this:

Where VPN Server #1 is the secondary server, and VPN Server #2 is the primary server (the one whose IP you want to hide).

With a double VPN connection, your ISP or network admins would only be able to see the IP address of the secondary server.

A multihop VPN (also called a VPN chain) is also an option. The only difference is that it involves using multiple VPN servers. So the connection could look like this:

ISPs and network admins would only manage to see the IP address of the first VPN server. The rest of the IPs are hidden.

How to Hide VPN IP Addresses with Double or Multihop VPNs

The easiest way is to use a VPN that offers support for double or multihop connections. Here are some examples:

If that's not an option for you, a manual configuration works too. You just need to use VM (Virtual Machine) software to emulate a virtual OS in your existing operating system (like a virtual Linux distro within Windows 10).

And there you have it - your very own manual double VPN connection. Just keep in mind the speeds will be slower. Your traffic bounces through two servers before reaching its destination, after all. Plus, your data gets encrypted and decrypted twice.

Read More: What is Double VPN & How to Chain VPN Servers – Maximize Your Online Anonymity!

2. Use a Proxy Server

A proxy server is similar to a VPN server since it also hides your IP address. Unlike a VPN, though, the encryption is weaker or sometimes non-existent. Also, the proxy can save content to its local cache. When it's requested, it retrieves it without having to forward the user's requests to a web server. So you get faster load times.

You can easily use a proxy to hide VPN IP addresses. Just connect to it first, then run the VPN app, and connect to a VPN server. That way, your connection would look like this:

So ISPs and network admins will only see the proxy server's IP address.

There are a few drawbacks with this method we need to highlight, though:

Tor (The Onion Router) is a self-dubbed anonymity network that hides your IP address and encrypts your data. It sounds just like a VPN, but it works differently.

Instead of one layer of encryption, you get at least three. That's because your traffic passes through a minimum of three servers (called relays) - the entry server, the middle server, and the exit server.

Also, Tor is a free service which doesn't come with a client like VPNs do. Instead, to use Tor, you download and install the Tor browser. Then, you use it to browse the web, and you'll do so through the Tor privacy network.

As for how to hide VPN IP addresses with Tor, it's pretty simple. You first run the Tor browser, and then connect to the VPN server. As long as you only browse the web using the Tor server, only the entry server's IP address will be visible to ISPs and network admins, like so:

Just be prepared for pretty slow speeds. Tor is already slow on its own, so adding a VPN server to the mix won't help. Try using IKEv2, WireGuard, or L2TP/IPSec with the VPN if the slowdowns are too annoying.

What About NordVPN's Onion Servers?

Can't you just use them instead?

You can, but they're not the same thing. They're Onion over VPN servers, not VPN over Onion servers. So they hide the fact that you're using Tor, not a VPN. ISPs and network admins will still be able to see the VPN server's IP address:

A VPS is a virtual server you rent from a data center. We already have an in-depth guide talking about them and how they compare to VPNs, so feel free to check it out if you want to learn more about virtual servers.

All that matters right now is the fact that you can use a VPS to hide a VPN server's IP address.

By first connecting to the VPS, and then to the VPN server. Do that, and your connection will look like this:

So only the VPS' IP address will be visible to ISPs and network admins.

Just keep in mind a VPS isn't a VPN. You have to configure a VPN protocol on the server to enjoy any encryption. If you don't do that, you'll have the same problem as if you were using a proxy - the traffic that gets sent to and from your device will be unencrypted.

Is Hiding VPN Server IP Addresses Worth It?

Our opinion is that it's not worth dealing with all that hassle if you're an average Internet user (so not a whistleblower or an undercover agent).

Really, it won't improve your online experience too much. On the contrary, it will make it more complicated. Plus, the low speeds you'll get won't help at all.

And here's the main reason we think you don't need to try these methods - ISPs and network admins can always block the IP of the extra server.

They can't see the VPN server's IP address, sure, but they can see the IP address of the proxy, VPS, Tor relay, or additional VPN server. A few seconds or minutes is all it takes them to blacklist those IPs with their firewalls.

But don't worry - you usually don't need to worry about anyone blocking your VPN connection. As long as you don't live in a country that bans VPNs or try to use a VPN at work, you probably won't deal with that.

How Else Can You Hide VPN IPs?

If you know other ways you can do that, please let us know in the comments. Also, if you'd like to argue why even average web users should try to hide VPN IP addresses, please go ahead - we're looking forward to hearing your perspective.