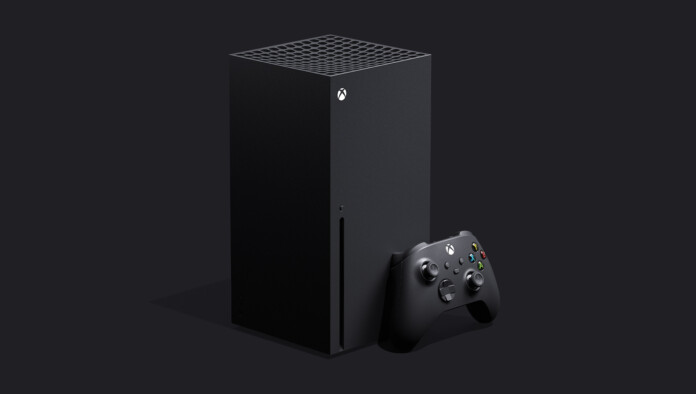 The Xbox Series X is Microsoft’s most powerful gaming console to date, featuring only the best in terms of processing power, graphics, and storage. Naturally, the console is designed to compete with Sony’s upcoming PlayStation 5, which is very similar in terms of raw performance.

Just like the PS5, the Xbox Series X is aiming for high refresh rate 4K gaming, which is a significant step up from the current generation of consoles. We can expect the new Xbox to drop sometime this month, at least if no more delays are announced until then.

In case you are a PS5 owner and you are looking for a similar guide, you can find out all about it in our PS5 VPN guide.

Why Would You Want an Xbox Series X VPN?

Most gaming consoles do not allow you to install third-party apps, which means that having a VPN running on them can be a bit difficult to achieve anyway.

Even so, there are plenty of reasons for gamers to require a VPN while playing. Even if you are not trying to bypass certain regional limitations or to unblock content on platforms like Netflix, it’s still a good idea to keep your console traffic encrypted. On top of that, modern VPNs introduce little-to-no extra latency, so high pings are not a concern anymore.

If you want an all-rounder that hits the mark across the board, you can’t go wrong with ExpressVPN. The service has been around for many years now, and it keeps getting better in terms of security, server count, and platform availability. As such, it’s a great choice for your Xbox Series X as well.

On the other hand, ExpressVPN is not the only option at your disposal. The VPN market is booming right now, with plenty of services that specialize in all sorts of things. Here are some of the other potential VPNs you can pick from, each one of which can do a great job when it comes to keeping your Xbox protected.

As mentioned before, ExpressVPN is one of the most complete VPN services out there at the moment. It offers great security, many useful features, as well as plenty of servers and locations to choose from. Besides, you can also count on the service to keep your personal data safe at all times.

Since you can get access to numerous servers all over the globe, it should be very easy to unlock Xbox Series X games whenever they are not available in your region. The same goes for staggered release dates, as is the case with many modern video games.

In terms of streaming movies, ExpressVPN can successfully unblock a variety of platforms, including Netflix, HBO, and Disney+. You don’t even need to be a tech-savvy person to do this since the only step required to unlock USA-only content on Netflix is to choose a USA-based server in ExpressVPN.

Lastly, the service relies on one of the most robust infrastructures in the world when it comes to servers. Thanks to this, you can enjoy the full extent of your bandwidth while downloading games or streaming high-quality movies. Pings are kept to a minimum as well since we all know how annoying lag can be. Read our review.

CyberGhost is definitely up there with the best of them nowadays, and the service is constantly getting better and better across the board. Their server count is impressive, to say the least, and that’s on top of the fact that you are not giving up speed or latency in return. Not many other services can offer that.

If you are an avid movie fan, CyberGhost provides you with a slew of options when it comes to unblocking streaming platforms. Not only that, but you even get a separate list of dedicated servers for this purpose alone, which makes it even easier to quickly gain access to the content you want to watch.

CyberGhost also leverages its great download speeds to emphasize the fact that you can download as much as you want while the VPN is active. If you happen to use the service on other devices, you’ll be glad to know that P2P traffic is allowed and even encouraged, thanks to the dedicated servers for this purpose.

Lastly, the app can also be installed on pretty much any kind of device, regardless of whether we are talking about routers, smartphones, or the usual Mac or PC. Up to seven simultaneous connections are allowed per subscription, which is a decent deal. Read our review.

You have probably heard of NordVPN even if you have never used a VPN in your life, thanks to the incredibly aggressive marketing campaign the company conducts on YouTube. With that being said, the service itself is definitely worth the hype, so you can’t go wrong with it if you decide to get a subscription to cover your Xbox Series X.

Black Friday 2020 Deal: Buy NordVPN’s 2-year deal at 68% off, get extra subscription time as a gift!

As far as the gaming aspect is concerned, NordVPN offers great download and upload speeds, enabling you to get all of your games and patches as quickly as your Internet connection allows. Plus, the latency is very good on most servers – at least if you are not too far away from the chosen location.

There’s also the fact that most streaming services can be unblocked using NordVPN as well, including popular ones like Netflix and Hulu. The high download speeds make it easy to stream even 4K movies in most cases, with no annoying buffering issues or similar problems.

If you want to connect multiple devices alongside your Xbox, a NordVPN subscription allows for up to six simultaneous connections. That’s definitely enough for most households, even if you decide to also hook up your computer and your smartphone. Read the review.

Surfshark is rapidly closing the gap between it and the top VPN providers out there – and that makes it one of the most trustworthy services on the market. While its server network does not quite rival the likes of CyberGhost or NordVPN, Surfshark is constantly expanding its influence while also adding more features to the apps themselves.

One of the most surprising things about the service is that you barely notice the switch between your regular connection and the VPN in terms of download speeds and latency. This is also what makes Surfshark a brilliant choice for your Xbox Series X. Downloading triple-A games doesn’t have to take longer just because you want to do it securely.

There are no issues when it comes to unblocking geo-restricted content on Netflix, either – if that’s your thing. Many other streaming services are supported as well, and you can even make use of slightly more advanced features like Static IP addresses or Multi-VPNs. The app is also compatible with many operating systems and devices.

However, one of the most uncommon things about Surfshark is that there are no restrictions with simultaneous connections. In essence, one subscription allows you to connect an unlimited number of devices, which makes this a good solution for crowded households. Read the review.

Private Internet Access (or PIA for short) has been a player in the VPN market for almost as long as VPNs have existed. Thanks to this, the service has evolved a lot over the years, so you can now take advantage of many useful features that users requested over time.

In addition, PIA also has thousands of servers spread across the world, covering every continent and most of the countries out there. If your goal is to gain access to Xbox games that are only available in certain countries, Private Internet Access is definitely one of the best choices you can make. Download speeds are also pretty high in most cases.

It’s very easy to unblock streaming platforms using PIA, regardless of whether you are a Netflix, HBO, or Hulu user. In fact, you are not limited to USA-only content either. The VPN can also help you unblock movies and TV shows that are only available in countries like France and Canada.

Lastly, Private Internet Access is available on pretty much every platform and device you can think of. On top of that, the service can also be configured through open-source protocols like OpenVPN. In terms of simultaneous connections, PIA allows you to connect up to ten devices at the same time. Read our review.

How to Set up a VPN on Xbox Series X?

Just like with PlayStation 5 and pretty much every other console, there is no straightforward installation guide for the Xbox Series X either. On the other hand, there are two different methods you can use, both of which work pretty much the same at the end of the day:

Method 1: You Can Install the VPN App on Your Computer and Connect to the Internet Through It

This is the simple method since all you have to do is install the VPN app on your PC or Mac, then share that connection with your console. All of your Xbox traffic will be rerouted as well after that, at least if the VPN is active in the background.

Method 2: You Can Install the VPN App Directly on Your Router

This may require a bit of extra tinkering in some cases, especially if you are not used to installing stuff on a router. However, this method also requires less attention after that since you don’t usually interact with your router daily, and the VPN will just keep running at all times.